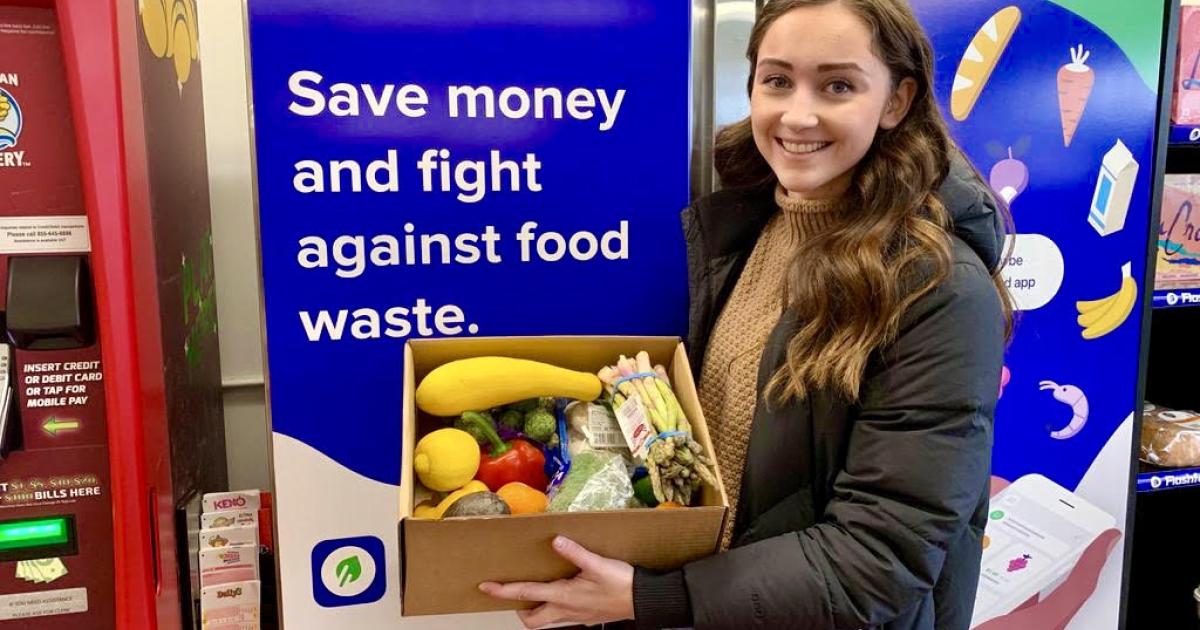 I’m not quite sure how we got here, but it’s almost the end of 2022’s first quarter. This means two great things: spring is around the corner and it’s time for this year’s first startup roundup.

The year started off with record-breaking investments in both alternative protein and indoor agriculture. It also blew fresh wind into preventing food loss and waste and regenerative agriculture technologies. Let’s dive right in.

Let’s start with indoor farming, or controlled environment agriculture (CEA) as these startups have received the biggest checks this quarter. Plenty secured $400 million in its Series E funding round, which marks the largest investment to date in indoor farming. It also signed a long-term commercial agreement with Walmart, one of the round’s investors, to bring fresh produce from Plenty’s Compton farm to Walmart stores across California.

Money also flowed across the pond in Europe. U.K.-based GrowUp Farms raised $135 million to build a new vertical farming facility in Sandich, Kent. Vertical Future, another U.K.-based startup, raised $28.5 million in a Series A round. PlantLab, a Dutch competitor, is also growing its production capacity with a $57 million investment. The farm developer will use this capital influx to build out capacity in European countries outside the Netherlands as well as the U.S.

With these raises, the CEA industry and its backers demonstrate regained confidence in the benefits of this technology. This is much needed after 2021 left them with a disappointing note after companies such as AeroFarms and AppHarvest underperformed when entering public markets.

The alternative protein space continues to buzz. I’d have to write a separate roundup for this space alone to reflect all the updates. Startups are developing everything from new products, ingredient technologies and production facilities to distribution channels.

Let’s start with the biggest raises. The Israeli plant-based meat company Redefine Meat cashed in $135 million to set up new production lines in its home country and the Netherlands. California-based MycoWorks will also invest in new production facilities for mushroom-based leather after raising a $125 million Series C funding. (I know that’s not food but it falls within efforts to replace animal agriculture.) Plant-based food continues to scale in Asia as well, where Starfield and Next Gen Foods each raised $100 million. Finally, notably big raises went to cell-cultivated seafood companies in California, where Wildtype and Finless Foods raised $100 million and $34 million, respectively.

Aside from these large investments in plant-based and cultivated meat, the alternative protein industry shows further diversification. Onego Bio and Perfeggt, two alternative egg companies in Europe, cashed in $11 million and $4 million, respectively, in seed funding. French vegan bacon startup La Vie raised $28.3 million, one of the largest wins for a French alt protein company to date. U.K.-based Better Dairy also brought in $22 million to hone its precision-fermentation processes, producing aged and mature animal-free cheeses. European startups are starting to catch up with the more dynamic food-tech ecosystem in the U.S.

Regenerative ag-tech hones in on chicken, crops and carbon

Several raises focused on food loss and waste despite the fact that sector tends to receive less attention in climate tech, despite its critical contribution to a more sustainable food system.

But protein isn’t the only food systems challenge we need to work on. There’s ag-tech for other applications, too, and it’s no less dynamic. Supplant, a Tel Aviv-based startup making smart crop irrigation sensors, raised $27 million. Kula Bio works on a biological fertilizer to reduce nitrogen runoff and raised a $50 million Series A. Harpe Bioherbicide Solutions focuses on more sustainable weed management and brought in $3 million. Clean Crop Technologies uses a novel gas blend to remove pathogens from crops and produce, enhancing yields and reducing food waste. The Massachusetts-based innovators raised $6 million for commercialization. With $600,000, Sweden’s OlsAro Crop Biotech made a smaller raise. But it will be key to scaling its salt-tolerant wheat in a move towards adapting agriculture to new climate futures.

I was excited to see several raises focused on food loss and waste as this sector tends to receive less attention in climate tech, despite its critical contribution to a more sustainable food system.

Closing out, let’s give a shoutout to Mori for its $50 million Series B round. Using salt, water and heat, the Boston-based startup developed a proprietary process to extract silk protein that can protect food from spoilage. It reminds me of Apeel, another startup working to extend the shelf life of fresh food, that made big waves last year. But the world’s food spoilage pie is certainly big enough for two companies to share it.

Across this quarter’s investments, it’s notable that the focus is moving from R&D to scaling production facilities and closing commercial partnerships. Sustainable food and ag-tech are now starting to make an impact on the ground.