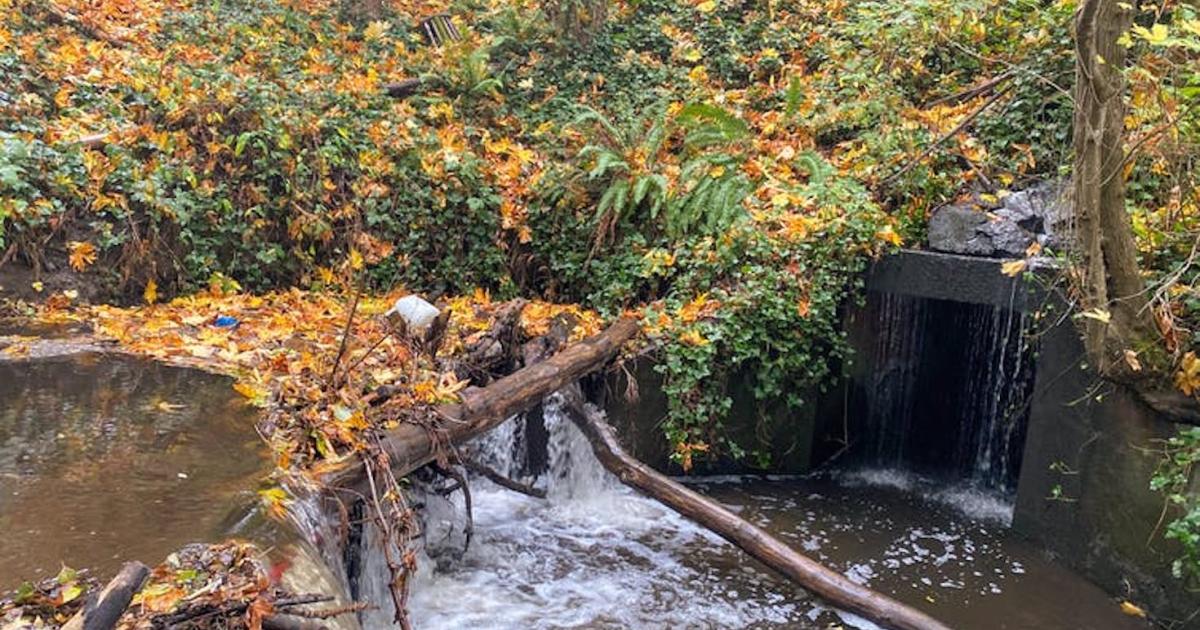 As the Biden administration prepares to make the biggest investment in U.S. infrastructure in more than a decade, there’s much discussion about how systems like roads, bridges and electric power grids affect people’s daily lives. Here’s an angle that’s received less attention: Wildlife depends on infrastructure too.

I’m studying how human-made structures affect salmon migration between freshwater streams and the Pacific Ocean. Washington state is home to five species of Pacific salmon: chum, pink, and the locally endangered sockeye, coho and Chinook. Salmon are commercially, environmentally and culturally important to the Northwest, and many people here follow their migrations.

To travel out to the sea and back inland to spawn, salmon have to pass through thousands of culverts — tunnels that carry streams beneath roads or railways. When culverts fall into disrepair or are blocked, water might still be able to pass through, but fish can’t. This can be a death sentence to fish that migrate.

Washington state has thousands of culverts that need repairs. Salmon are in critical decline, and fixing culverts could increase fish migration and reproduction.

This issue isn’t unique to the Pacific Northwest. Atlantic salmon in the U.S. Northeast are listed as endangered under the Endangered Species Act. State and federal agencies have undertaken significant habitat restoration and conservation efforts, particularly in Maine, to boost salmon populations. These initiatives, which are projected to cost hundreds of millions of dollars over the coming decades, involve actions such as removing river dams. New infrastructure investments could help salmon, as well as people, get where they need to go.

From streams to the sea and back

Most salmon are anadromous: They are born in streams, dine on aquatic insects and then make their way downstream to live the majority of their adult lives in the ocean. Then, one to seven years later, depending on the species, they return to the streams where they were born to reproduce.

Each female lays hundreds of eggs in a redd, or depression, in river bottom gravel. Males release milt (fluid containing sperm) into the water, fertilizing the eggs. Of the thousands of eggs an individual female can lay in a lifetime, approximately 0.001 percent or fewer will hatch and survive to adulthood.

Salmon are at the top of many rivers’ complex food chains. They are a primary food source for orcas found off the coast of Washington and British Columbia. And they play vital roles in maintaining the health of the state’s waterways by providing essential nutrients, such as nitrogen and phosphorus.

Salmon also hold significant cultural value for Indigenous peoples, who have fought to maintain tribal fishing rights on Washington’s rivers in the face of dam construction and lack of culvert maintenance.

An uphill journey to spawn

Anadromous salmons’ arduous journey upstream to reproduce can cover several thousand miles. Once the fish pass through estuaries – tidal zones where rivers meet the ocean – they stop feeding, using all their energy to swim.

When roads cross over streams or creeks, engineers build culverts to maintain the flow of water. They can be made of concrete, steel or other materials, in various shapes, but usually they are arches or tubes. Maintaining a stream’s flow prevents flooding, which is good for the roadway and everyone around it, and supports the animals living in the waterway.

Migrating fish depend on accessible waterways. Young salmon and other anadromous species need to reach the ocean — where there is space to disperse and much more abundant high-energy food than in fresh water — in order to mature and grow to large sizes.

And since water flows downhill, returning upstream to reproduce is literally an uphill battle. Salmon are powerful fish and can bypass some natural barriers by jumping out of the water, but they can’t get around obstructed culverts.

Unfortunately, many culverts that are meant to keep streams and rivers accessible to fish are in disrepair, congested or completely blocked. This interferes with the reserved fishing rights of Tribes in the Pacific Northwest, protected by 19th-century treaties with the U.S. government.

In 2001, 21 of Washington’s treaty tribes took the state to court to force it to repair or replace culverts that would ensure safe passage for salmon and other fish. In 2013, a U.S. District Court judge set deadlines to repair Washington’s worst culverts.

The state appealed the ruling, but the 9th U.S. Circuit Court of Appeals and the U.S. Supreme Court upheld it. As a result, the state now faces a 2030 deadline to repair 490 of its most problematic culverts. In 2018 Washington’s Department of Fish and Wildlife conservatively estimated that the state had 20,000 impaired culverts, including those affected by the federal injunction.

Washington’s Fish Barrier Removal Board oversees culvert repair projects. It includes appointees from many state organizations, but none from the treaty tribes involved in the litigation. The board has approved about eight funded repair or replacement projects per year since 2017, but it needs to fund at least 36 per year to meet the injunction deadline.

The federal infrastructure bill includes US$1 billion to remove, fix or replace culverts that impede fish passage nationwide — a provision written by members of Washington’s congressional delegation, constituting the first federal program dedicated to this issue. The bill also provides $350 million to build wildlife-friendly road crossings and reconnect migration routes that have been fragmented by development.

Pacific salmon support fisheries worth over $700 million annually. And conserving salmon habitat generates billions of dollars in ecosystem services, such as reduced flooding and better fishing opportunities, for waterways in and around Seattle.

Compared with these benefits, I see investments to fix culverts and make the state’s infrastructure more environmentally friendly as a bargain. As human populations increase and development pushes deeper into wild areas, I believe there will be a growing need for measures like this that can help people coexist safely with wild species.