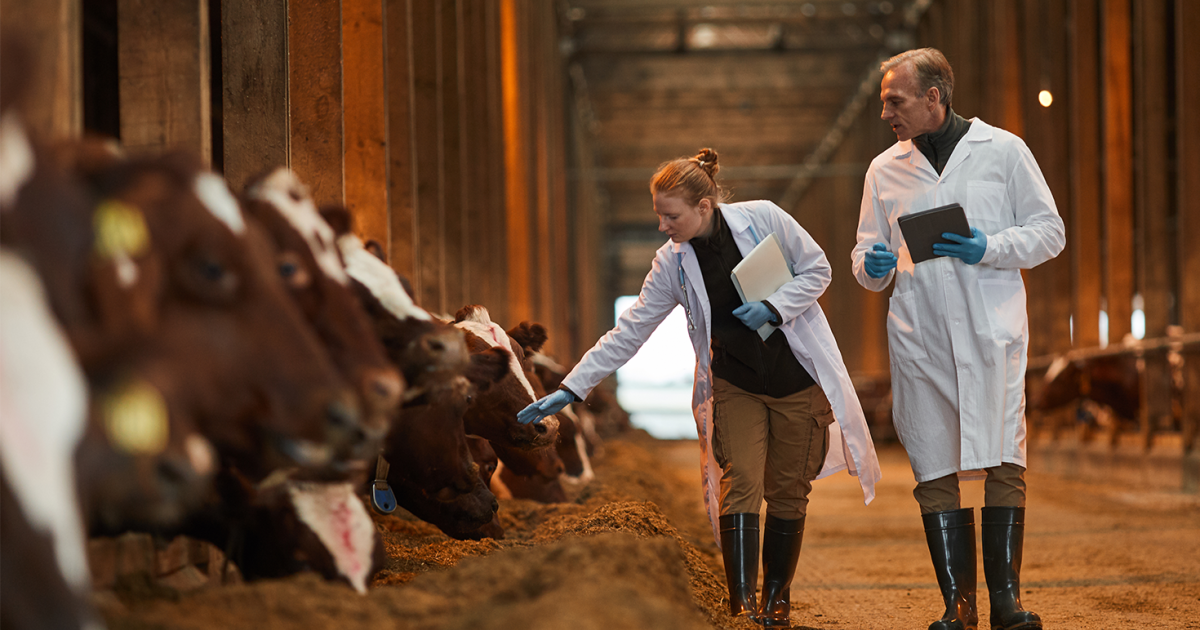 The global meat and dairy industry is facing a nexus of escalating risks that are sending a “red flag” to investors increasingly concerned about the sector’s ability to handle worsening climate impacts and growing demands for it to decarbonize.

That is the central conclusion contained in a new briefing paper from the FAIRR network of investors, which represents investors with $52 trillion of assets under management who are concerned about the long-term sustainability of animal-based agriculture in its current guise.

The paper is a response to the most recent report from the Intergovernmental Panel on Climate Change (IPCC), which again warned how the livestock industry faces significant and accelerating pressure from climate impacts and climate-related policies, which represent sizeable material risks for investors.

Maria Lettini, executive director of FAIRR, said “investors will be concerned that the global animal agriculture sector could face an Apollo-13 moment — a near disaster that will take urgent innovation to survive — as the low-carbon transition forces investors to shift capital.”

Investors will be concerned that the global animal agriculture sector could face an Apollo-13 moment — a near disaster that will take urgent innovation to survive.

The Apollo 13 mission, later the subject of a hit film, only avoided disaster after engineers worked with three astronauts to reconfigure their CO2 filter system to ensure they had enough air to survive the journey back to Earth. FAIRR argued a similar level of innovation under pressure is urgently required if the animal agriculture industry is to make itself compatible with global climate goals, largely through a “broad embrace” of alternative proteins.

The new paper summarises the scale of the risks faced by the farming industry identified by the two most recent IPCC reports earlier this year.

It highlights how livestock is the main source of agricultural greenhouse gas emissions through enteric fermentation, as well as manure storage and deposition on pasture. It also warns how heat stress among livestock in a warming world is set to wipe 20 percent of the global value of beef production and 7 percent off dairy production by end of century, and stresses that 10 percent of land currently suitable for major crops and livestock will be unsuitable by mid-century under some warming scenarios.

These direct threats to agricultural production are accompanied by the growing realization among policymakers, businesses and consumers that fundamental reforms are required across the agricultural industry to cut emissions in line with global climate goals.

The IPCC has concluded that “diets high in plant protein and low in meat, in particular red meat, are associated with lower GHG emissions” and argued that “emerging food-chain technologies such as microbial, plant or insect-based protein promise substantial reductions in direct GHG emissions from food production.”

Its most recent report on how to mitigate climate change, concluded that “realizing the full mitigation potential from the food system requires change at all stages from producer to consumer and waste management.”

Lettini said the implications for investors in the animal agriculture industry were increasingly obvious. “Investors are already well aware of the regulatory and financial risks facing the livestock sector when it comes to climate, for example, FAIRR has calculated that a carbon tax by 2050 would increase costs for beef companies by up to 55 percent of current average EBITDA,” she said. “Now the science is clear that there is physical risk too, predicting that 20 percent could be wiped off the value of the beef sector by extreme heat stress in animals.”

The new paper also highlights separate research from FAIRR which details how the farming industry and its investors urgently need to respond to escalating climate and transition-related risks.

For example, the investor network suggests that alternative proteins could amount to 64 percent of the global protein market by 2060.

Heat stress already costs the US dairy industry around $897 million to $1.5 billion a year in revenue, and the US beef industry $369 million a year.

Meanwhile, according to recent analysis, heat stress already costs the U.S. dairy industry around $897 million to $1.5 billion a year in revenue and the U.S. beef industry $369 million a year, according to FAIRR’s research. The USDA this month similarly found that unseasonable heat had contributed to a likely increase in wholesale beef prices in the U.S. of between 4 percent to 7 percent. The IPCC has found that for every degree of warming the average animal eats 3 percent to 5 percent less, harming productivity and fertility, with the huge cattle markets of Australia and Brazil particularly at risk of worsening heat-related risks.

However, where these impacts are disclosed they prove to be significant. For example, Tyson Foods’ U.S. operating income decreased $410 million year-on-year in the first nine months of 2021 partly due to severe weather disruptions, while in Brazil BRF estimates changes in precipitation rates will result in annual losses of up to $155 million.