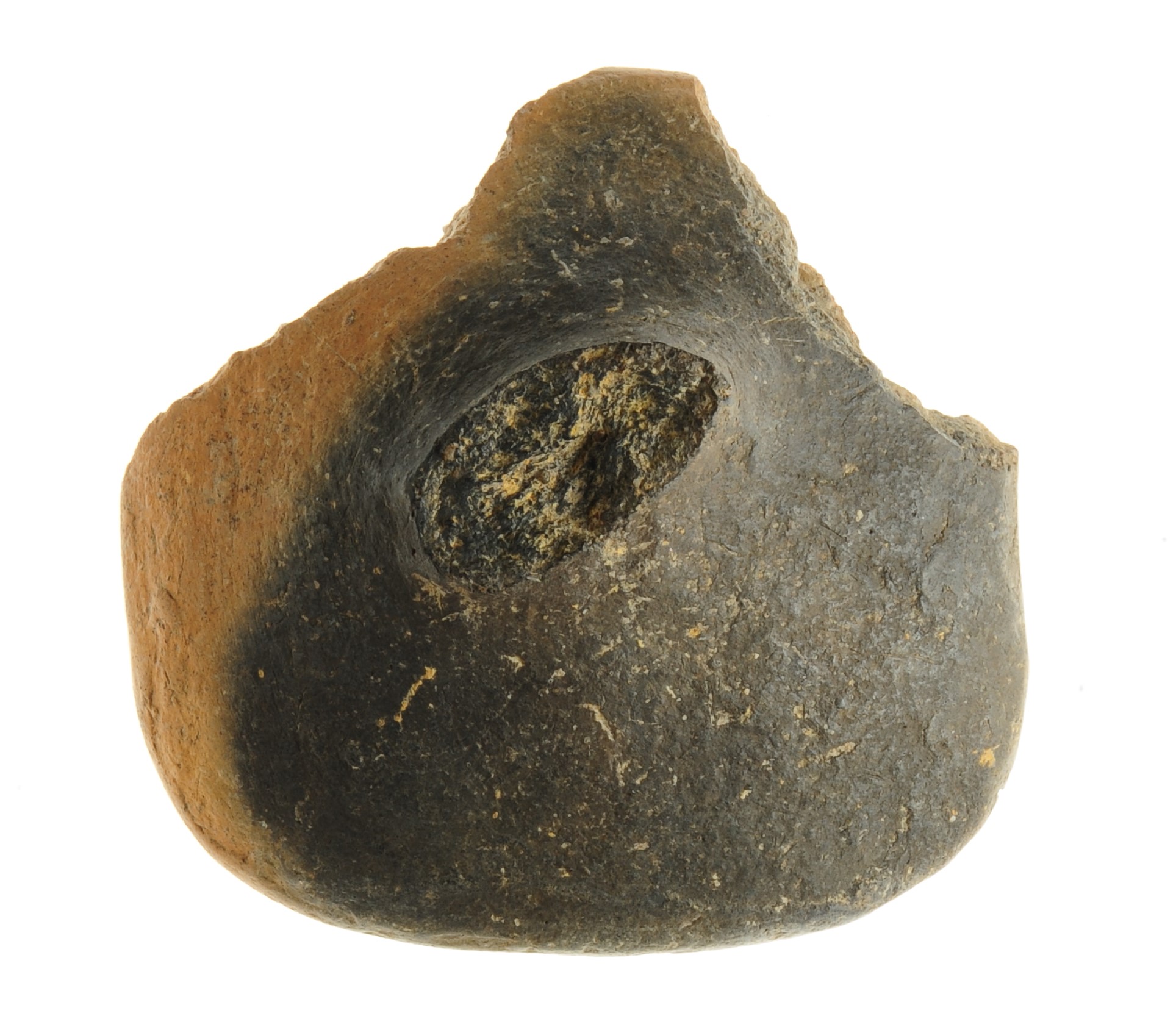 An Early Iron Age clay figurine of a unique type never recorded before has been unearthed in Bavaria, Germany. It dates to between the 8th and 6th c. B.C., the last centuries of the Hallstatt period when the Proto-Celtic culture was the dominant one in Western and Central Europe. The figurine was discovered in a rescue excavation at a site in Mönchstockheim, Upper Franconia, slated for highway construction. It was in a prehistoric gully that was likely used for groundwater extraction by the residents of a nearby Late Hallstatt settlement.

Just 7.5 inches high today, the figurine was probably about four inches longer in its original condition. The bottom of the legs are missing. It has a finely modeled face with marked eye sockets, nose, lips and chin. The sides of the head are perforated with five holes that may represent a head accessory like a hood decorated with metal rings. Headdresses like that thought to have been worn by women are known from the Hallstatt Period. No clay sculpture of this design has been found before in Bavaria, and the only similar examples are much, much older (5th millennium B.C.) and from the Black Sea area.

Also in the gully were numerous shards of glass, pottery fragments, bone tools and a very well-preserved and very unusual clay stamp. The stamp has a rounded handhold and a concave stamping surface with a series of nested indented rectangles. The convex shape indicates it was not used to stamp a flat surface but rather rounded, soft organic materials like bread dough. Researchers confirmed with a replica and a batch of experimental dinner rolls. The stamp design imprints clearly on the crispy crust and looks both cool and delicious.

The pottery finds were quite sharp still; the edges were not smoothed and rounded as they would have been had they been washed into the gully naturally. Archaeologists therefore believe the objects were deliberately placed in the ditch, perhaps as ritual deposits associated with a water deity.

Prof. Mathias Pfeil, head of the Bavarian State Office for the Preservation of Monuments (BLfD):

“It is conceivable that people at that time considered this special scenic location to be a sacred place looked at and the small statuette served them as a ritual offering or even magically powers.”