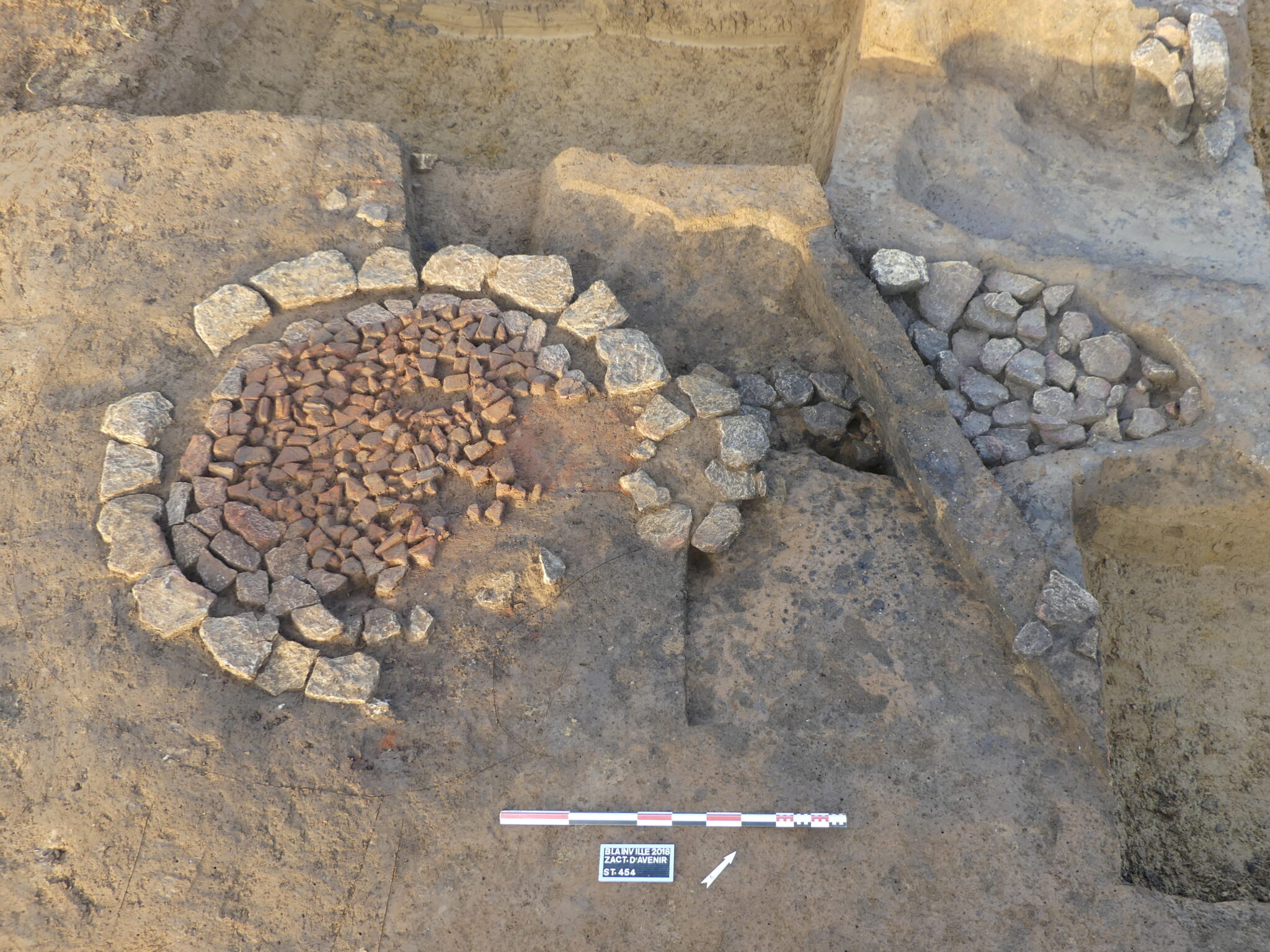 The necropolis of a modest Iron Age agricultural settlement excavated in Blainville-sur-Orne, Normandy, northwestern France, has proved unexpectedly rich in grave goods. In use for three centuries (540-250 B.C.), the necropolis consists of 121 inhumation graves, six cremation graves and two funerary enclosures with humans remains inside and around them. The inhumed individuals were most buried in coffins or formwork built in a pit and were buried with copious metal jewelry.

An area of more than seven acres was excavated in advance of development, revealing traces of human occupation (lithic remains from stone tool processing) at the site going back to the Paleolithic. The first burials date to the Early Bronze Age, but it was in the Iron Age that a large necropolis grew on the left bank of the Orne, one of the largest ever found on the Caen plain. At the edges of the necropolis, the excavation unearthed an agricultural building from the 6th century B.C. and a Bronze Age network of roads that was significantly expanded in the 5th century B.C. 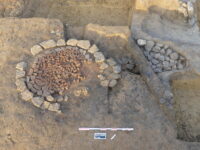 Agricultural use of the site increased later in the Iron Age, so by the 3rd century B.C., the site was extensively enclosed and dotted with storage pits for a large harvest. Analysis of the plant remains in the storage pits identified barley, millet, wheat, emmer, peas and beans. Animal remains of cattle, goats, pigs and sheep found in enclosure ditches attest to a variety of livestock in the settlement. They were not the only sources of food. Shells from 33 species of marine invertebrates — mussels, cockles, oysters — point to the settlers having relied on shellfish as dietary staples.

Last but not least, the dig revealed evidence of metallurgical activity both targeted to the settlement’s agricultural purposes (production and maintenance of tools like ploughshares) and artisanal purposes (production of jewelry). One enclosure ditch was found to contain an extremely rare cache of 29 ingots of silver, gold and copper alloy dating to the 50-30 B.C. These were likely not intended for goldsmithing, but rather as a form of currency.

The majority of grave goods recovered from the necropolis are also metal. Of the 167 objects unearthed, 101 are copper alloy jewelry. One individual was buried wearing a neck torc and ankle bracelets, all copper alloy. Ankle bangles were definitely in fashion in this community, as other skeletons were found wearing even thicker and more decorated examples. One individual had an ankle bracelet made of lignite.