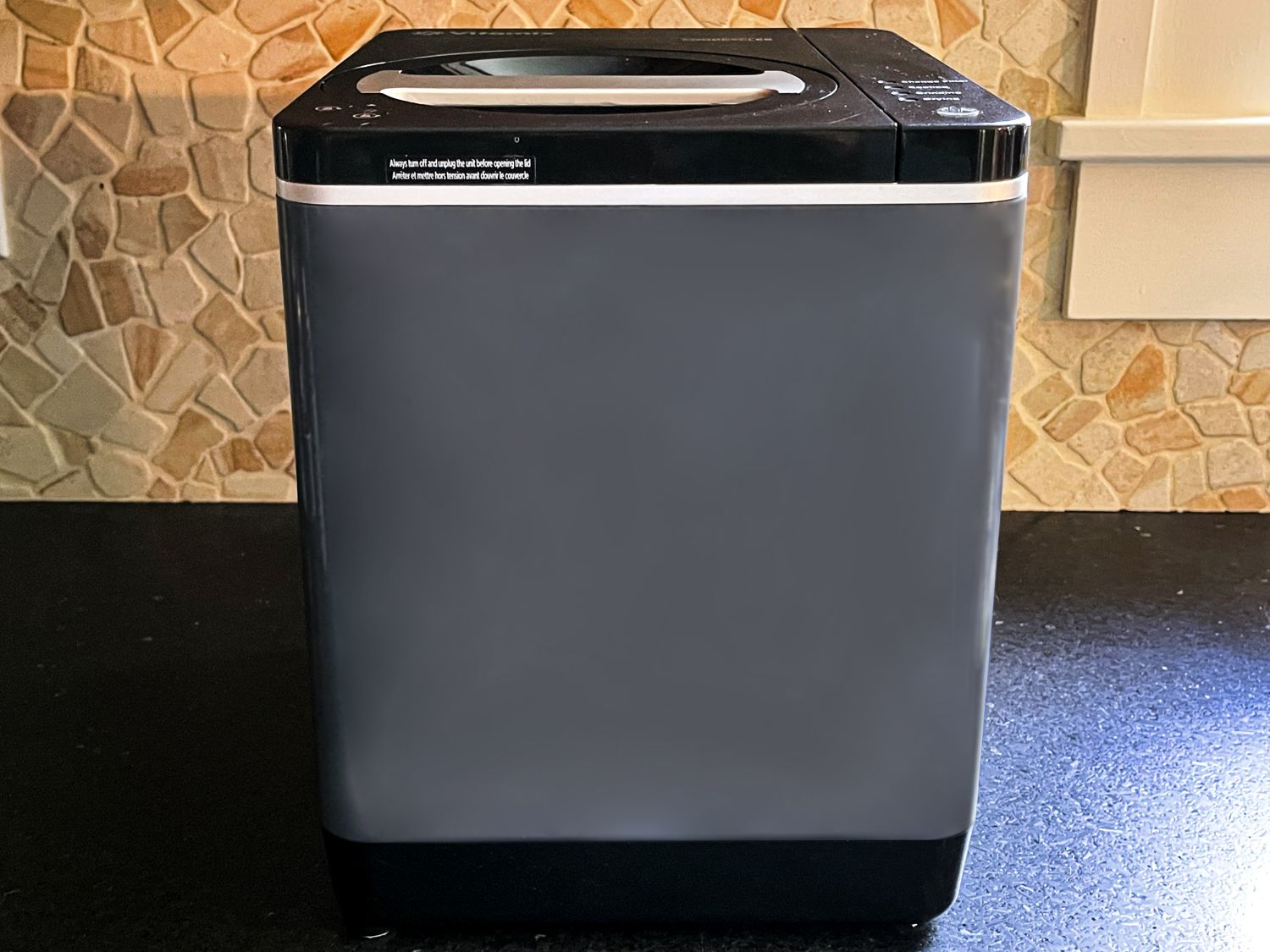 I grew up with an outdoor composter: a re-purposed large blue bin located beside our barn. And when I moved into my first ever, non-apartment place last year, I wanted a composter. (As we noted in our countertop compost bin review, food waste takes up the bulk of landfill materials, according to the FDA.)

But my outdoor composting dreams fizzled out when my parents’ compost—they live 20 minutes away from me—was absolutely decimated by a bear…multiple times. I still wanted to compost, but didn’t want scraps periodically strewn across my yard by a hungry Ursidae. (Although this article notes that compost bins shouldn’t attract bears if they’re maintained properly…so perhaps it was user error on my parents’ part.) And, unfortunately, my city doesn’t offer a composting program.

Countertop composters offer an indoor solution, allowing those without (or with minimal outdoor space, or who simply don’t want an outdoor composter) to compost at home. These machines heat and grind food scraps, purportedly breaking them down into fertilizer in mere hours.

And while there are a few countertop composters on the market, one of the most notable ones is the Vitamix FoodCycler. But, alas, it’s $400—quite the investment. I wanted to find out if the FoodCycler was worth it.

How Does the Vitamix FoodCycler Work?

The FoodCycler has a paddle measuring 6.5 inches lengthwise, which spans nearly the entire width of its aluminum bucket. When powered on, this paddle (which Vitamix calls a “blade,” although it’s not sharp) is going the entire time at different speeds, aiding in the FoodCycler’s three work phases: drying, grinding, and cooling.

During the drying phase, the blade turns less frequently and the machine removes moisture from the food scraps. According to a company representative, the machine heats up to 158°F. (For context, temperatures reach 140 to 158°F in a commercial compost facility, per Cornell University. And at-home hot compost bins reach temperatures of 130 to 140°F, says The Spruce. Cold or passive compositing is far cooler and therefore takes far longer to break things down, so it’s not worth comparing in this context.)

The second phase(grinding) continues drying, but the blade turns more frequently, breaking things down. And the final phase, cooling, is “a safety measure, to return the processed food waste to near-room temperature, making it safe to handle,” a Vitamix representative told me. I found the resulting compost is slightly tepid right after the machine finishes cycling.

I used the FoodCycler for six months, adding scraps to it daily and running it, typically, every three days. As for what went into the FoodCyler, it was whatever food waste I accumulated that wasn’t on the machine’s no-go list (more on that below): eggs shells, coffee grounds, herb stems, the bottoms of lettuce heads, apple cores, too-old cooked rice, moldy cheese, berries, chicken bones…you get the idea. Periodically, I timed how long it took for the machine to run a full cycle.

I also evaluated how easy the FoodCycler was to use and clean (both by hand and in the dishwasher) and how effectively it contained smells.

For starters, I like that the FoodCycler comes with a separate lid so you can keep just the waste bucket in your kitchen and place the machine’s body elsewhere, like a garage or basement. And it’s also simple to use: The bucket fits easily into the base —just  line up the arrows on the bucket and the machine’s inset. The lid has a long, wide handle that’s easy to grip, too. Its control also couldn’t be simpler: A single power button and panel that tracks which phase the FoodCycler’s on, in case you’re curious.

What else is great about the FoodCycler? Well, it works. The machine grinds food scraps into dry fertilizer in mere hours. I only once found that the resulting compost was slightly too wet—but still totally fine for putting in my garden —and it was because that batch had basically just coffee grounds and moldy strawberries in it, which is absolutely not a best practice.

I was particularly dubious about it being able to handle chicken bones, since it periodically makes squeaking noises (or, for lack of better words, fart sounds) when grinding a full batch of softer things. But, it did the job: the chicken wing bones I threw in were no match for the composter and, surprisingly, it took care of them without a sound.

In general, I found the FoodCycler took six to eight hours to break down a full basket of scraps. Its product listing notes four to eight hours, but mine was never quite that fast. I found its run time coincided well with turning it on before bed or starting in the morning to have it done after work. It contained smells well, too, thanks to its carbon filter. I once left scraps in the FoodCycler for a week and didn’t notice any odors escaping.

Well, there’s no getting around it: The FoodCyler is big. It measures 13.5 inches high by 12.5 inches long by 12.4 inches wide and, I felt, was too bulky to be a permanent fixture on my kitchen countertop. And while you can, as described above, just keep the basket in your kitchen and the machine itself elsewhere, that doesn’t feel totally ideal.

Conversely, the size of the basket is small. It has a 2-liter or half-gallon capacity, whereas our favorite countertop compost bin is 1.3 gallons. This size bin even felt tiny for my two-person household. I imagine that with a four-person household you might be running it daily.

It’s also worth noting that there’s a list of things you can only sometimes (and should absolutely never) put in your FoodCycler. And this list doesn’t totally correspond with what you can/can’t normally compost. For example, it can handle chicken bones but not pineapple tops. Anyways, if you get the FoodCycler, I’d memorize or print that list: It would really suck to break a $400 machine. (And sometimes “negligence” or, as Vitamix says, “failure to follow the operating instructions,” voids warranties.)

The Vitamix FoodCycler does exactly as it says: It turns food scraps into fertilizer in hours. If you have the room (it would be best housed in a basement, garage, or some such, where it’s not eating up countertop space) and want to invest in it, you’ll likely be happy with it. It’s also worth noting that while the FoodCyler’s expensive, so are its replacement filters, which should be swapped out every three months. Just be aware of that cost up front.

How do you clean the Vitamix FoodCycler?

The bucket is dishwasher-safe. All other parts are handwash-only or should be wiped down (not submerged in water).

After extensive testing, we have four favorites (from Enloy, OXO, and more). You can check out our full review here.