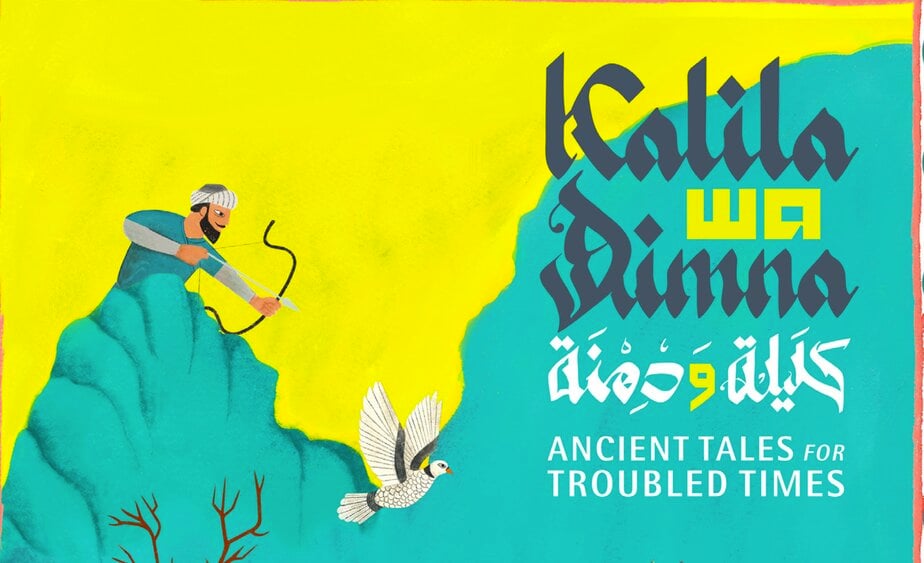 An eighth-century collection of fables is the focus of a new exhibition taking place in London. Kalila wa Dimna: Ancient Tales for Troubled Times will be running at the P21 Gallery from May 12th to June 11th.

Known in Arabic as Kalila wa Dimna, the fables have a long and complex history. Of Indian origin and composed in Sanskrit possibly as early as the third century BC, they were translated into Arabic in the eighth century by the Persian writer and influential courtier Abd Allāh Ibn al-Muqaffa’. Over the centuries they have been translated into more than 40 languages and read and re-interpreted almost continuously by different audiences.

The exhibition focuses on one chapter from the book called the ‘Tale of the Four Friends’ – a story about looking beyond perceived differences and working together to overcome adversity and build a sense of community. Experienced and emerging artists and community arts organisations become hakawatis or ‘tellers of tales’ and reinterpret the fable for contemporary audiences. The project explores the important role that stories have played in people’s experiences of migration, in building new communities, and in experiencing the world through different languages.

Running alongside the exhibition are multiple events, from online artist and researcher talks to in-person creative workshops and translation games.