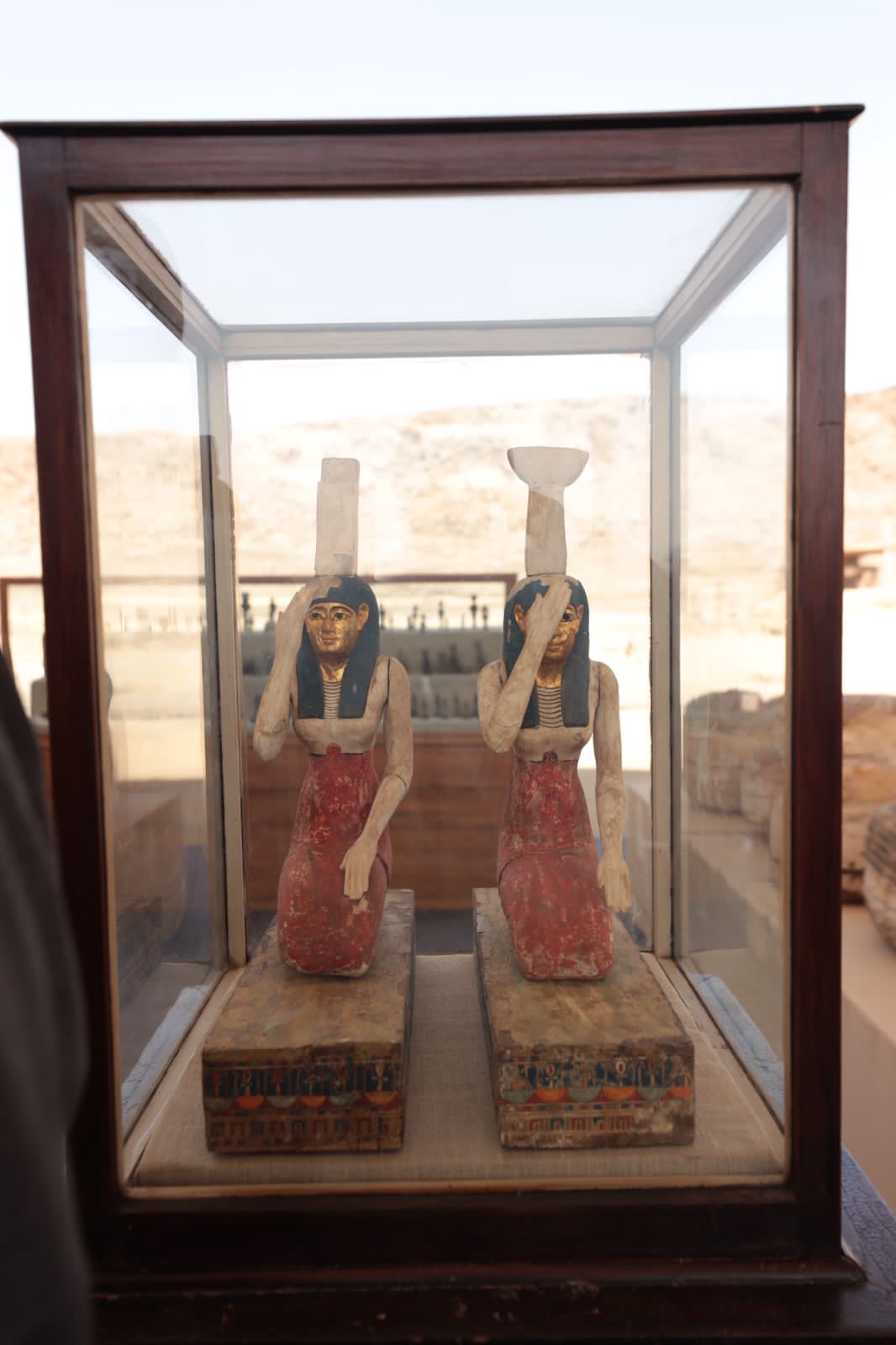 Archaeologists have discovered a cache of 150 bronze statuettes from the 5th century B.C. in the Saqquara Necropolis. This is the largest cache of bronze statues ever found at Saqqara and the first that dates to the Late Period. The figurines depict Egyptian deities like Anubis, Amun, Bastet and Osiris, as well as the ancient notables like the architect Imhotep.

excellent conditions, less than two years after 100 exceptional wooden coffins were discovered there. Preliminary examination suggests the mummies inside the sarcophagi are mostly well-preserved as well. One of them contains hieroglyphic text on papyrus. Archaeologists think it may be passages from the Book of the Dead. They will be conserved and translated in the laboratory of the Egyptian Museum in Cairo.

Other artifacts found in the Late Period burials were a sistrum — a percussion instrument used in religious rituals — and a group of bronze bowls used in the worship of Isis. 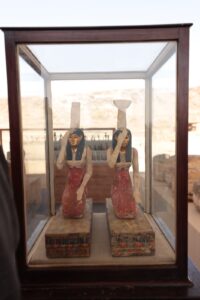 The team also discovered objects from earlier burials, most remarkably a pair of vividly painted wooden statues of the goddesses Isis and Nephthyst. Made around 1500 B.C., the statues depict the goddesses as mourners: sitting on their knees, their right arms bent over their faces. Their faces are gilded, and much of the original bright paint and gold is intact.

The bronzes, statues and coffins will be moved to the  Grand Egyptian Museum for study and conservation. If possible, they will be placed on display when the new museum opens later this year.