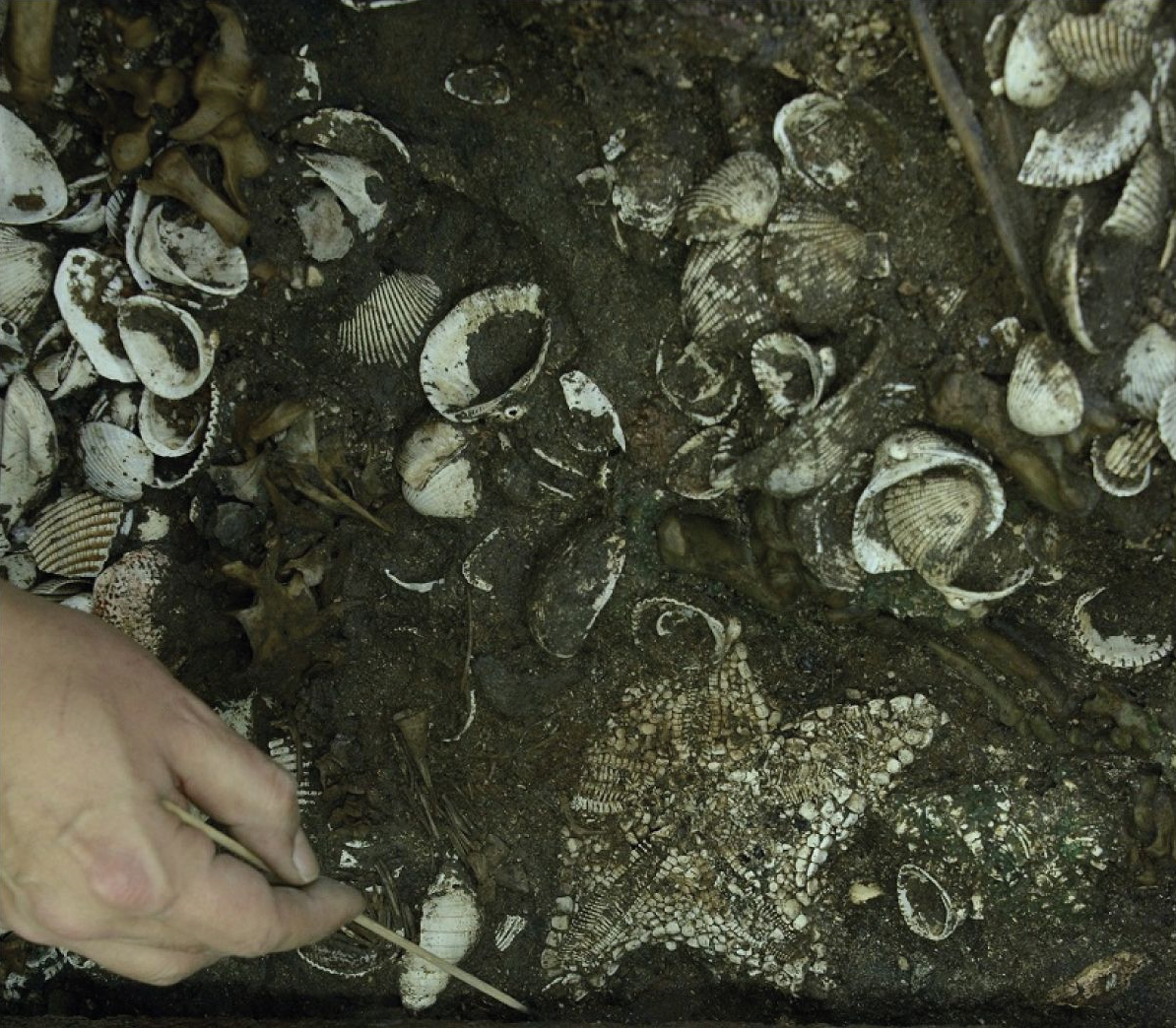 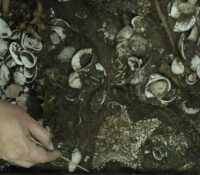 Archaeologists have discovered an elaborate Mexica offering containing 164 starfish at the Templo Mayor in Mexico City. This is the largest number of starfish ever found in a ritual context. One of them is uniquely well-preserved, a magnificent specimen of Nidorellia armata, commonly known as the chocolate chip star, 22 cm (8.7 inches) wide with all of its internal structures still intact.

Offering number 178 was discovered late last year in the circular building known as the Cuauhxicalco, described in 16th century accounts as the place where the rulers of Tenochtitlan were cremated. It is the largest ritual offering ever discovered in the Templo Mayor precinct, combining symbolic elements of earth and water, like the figurine of a female jaguar armed with an atlatl (spear-thrower) and large numbers of marine organisms including coral, puffer fish, snail shells and the aforementioned starfish.

Stratigraphy places the offering in the sixth stage of construction, dating it to around 1500, the end of the reign of great military leader Ahuitzotl and the beginning of the reign of his successor Moctezuma Xocoyotzin. This was the last hurrah of the Aztec Empire before the arrival of the Spanish.

During the government of Ahuízotl, the Mexicas established trade routes, along with their military expansion in various parts of Mesoamerica, hence the presence in Tenochtitlan of corals brought from the Gulf of Mexico, starfish from the Pacific Ocean, and a female jaguar that could have been brought from distant regions such as Soconusco, a territory located between what is now Chiapas and Guatemala.

Based on historical sources, such as the Matrícula de Tributos , and previous findings, PTM archaeologists are clear that the offering is related to war, not only because of the atlatl that the jaguar carried in a claw, but because of its location in the Cuauhxicalco, building aligned with the southern side of the Templo Mayor, consecrated to Huitzilopochtli, god of war.

Báez Pérez explains that in their worldview, the Mexica related starfish and jaguars with the night sky and the night, this feline being an image associated with the god Tezcatlipoca, in his nocturnal representation.

“A good part of the Mesoamerican peoples believed that the origin of the world was linked to the sea, therefore, marine organisms were treated as relics. In the case of the Mexicas, their military power allowed them to bring thousands of marine objects and recreate an entire aquatic environment in Tenochtitlan itself.”

The offering is so complex and dense that archaeologists are still recovering all of its elements, fragment by fragment, so they can be analyzed in laboratory conditions. The final count of starfish may well rise even higher. Archaeologists believe perfectly-preserved starfish was placed in the offering pit first on a layer of fiber. The weight of the jaguar figurine and copious other offerings then pressed the fellow into the fiber and kept the organic matter from decomposing as it did for the other 163 starfish. It is still in situ while the team determines how best to remove it en bloc to ensure both it and the sediment on which it was found come out together.