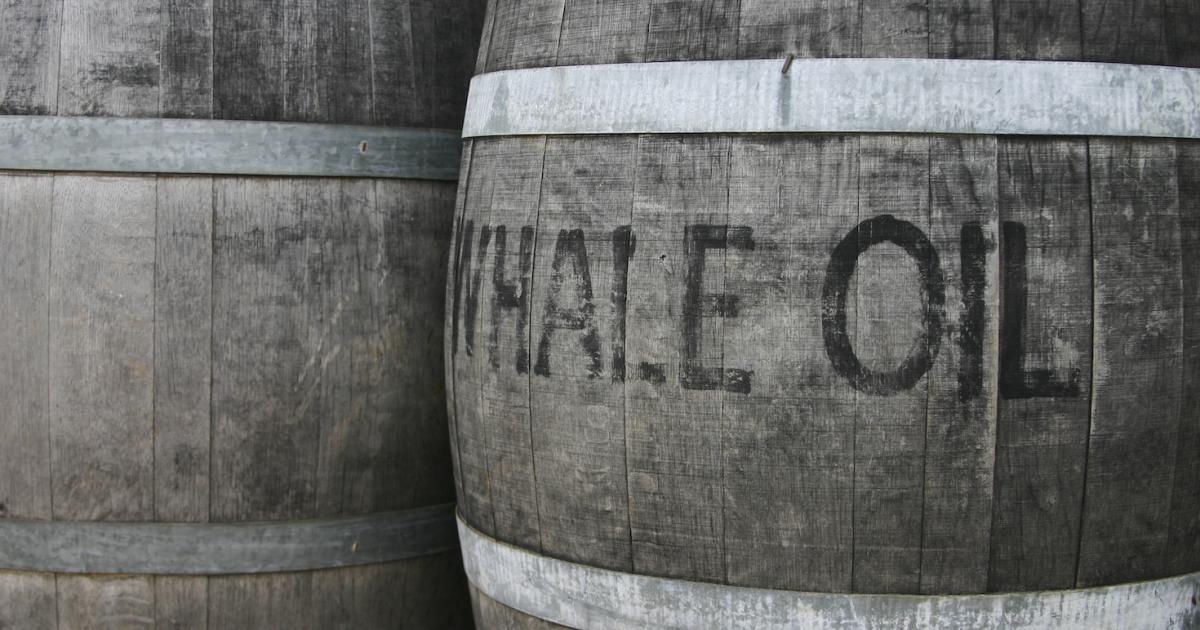 Bad news: Emissions from the power sector are on the rise.

So here we are: putting more renewables than ever on the grid and seeing emissions rising. What gives? The history of whale oil may offer answers.

Global corporate procurements are at an all-time high

Analysis from BloombergNEF shows that corporations across the globe procured a record 31.1 gigawatts of clean energy in 2021, a 24 percent increase from the previous year’s record of 25.1 GW.

With corporations striving to meet climate goals and the economics tailwinds, it seems the momentum is unstoppable.

“It is no longer a matter of whether corporate clean energy procurement will grow each year; it’s a matter of how much,” said Kyle Harrison, head of sustainability research at BNEF, in a release.

The trend is global, with more types of companies participating. Two-thirds of the corporate power purchase agreements are in the Americas, although BNEF tracked deals in 32 countries last year, announced by more than 137 corporations.

Tech companies are setting the curve, with Amazon out front inking 6.2 GW of new capacity in 2021. That brings the online retail giant to a whopping 13.9 GW of capacity in total, rivaling the world’s biggest utilities.

Power sector emissions are on the rise

Despite the low costs to deploy renewables and the record-breaking contracts being procured, however, new research from the Rhodium Group finds that power sector emissions rose in 2021 by 6.6 percent.

This rebound in the power sector emissions is faster than the rebound of the overall economy. The increase was driven by a jump in coal-fired power generation, which increased 17 percent from 2020 — the first time the fuel increased since 2014.

The coal bump is simple economics: The cost of natural gas went up last year, making it cheaper to generate power from coal plants in some markets. And while wind and solar are cheaper, they’re intermittent, leaving the job of firm power generation to carbon-intense coal.

This is a blow to climate efforts. Some climate advocates declared coal dead, and the comeback — although likely short-lived — is a reminder that we assume that at our own peril. During COP26 last year, diplomats accepted a watered-down commitment on coal, with the United Nations proclaiming that the fuel was “consigned to history.”

Decarbonizing the power sector is the easiest of the hard things we need to do to meet our climate commitments. Last year’s backsliding is a reminder: Having clean energy isn’t enough. We also need to stop using dirty fuel.

Lessons from the whale oil transition

There was a quote I loved to share in high school: “The stone age did not end because the world ran out of stones, and the oil age will not end because we run out of oil.” It perfectly captures a meme popular with climate tech enthusiasts: Discovering a better technology means the demise of the previous, archaic technology.

But historically, energy transitions have not meant the ending of one fuel and the beginning of another. In fact, the goal to eliminate the use of a currently viable and profitable fuel is unprecedented.

A cartoon of a “Grand Ball Given By the Whales in Honor of the Discovery of the Oil Wells in Pennsylvania,” published in Vanity Fair in 1861

But whale oil retained its value and was used for new purposes, such as margarine, lubricants, soaps and detergents, well past the discovery of fossil fuels. Ironically, fossil-fuel powered ships enabled more advanced whaling techniques that almost drove sperm whales to extinction in the 1960s — more than 100 years after the discovery of oil.

The lesson: We can’t rely solely on technological innovations to decarbonize. Of course, we need new technologies to make the transition possible. But if deployed without actively restricting the supply and demand of fossil fuels, clean technologies are sure to be deployed to increase profits — not supplant dirty energy.

(This whale anecdote comes courtesy of a lecture in Yale’s Finance and Deployment of Clean Energy certificate course, which I am currently taking and can’t recommend enough. Applications are currently open for the 2023 cohort.)