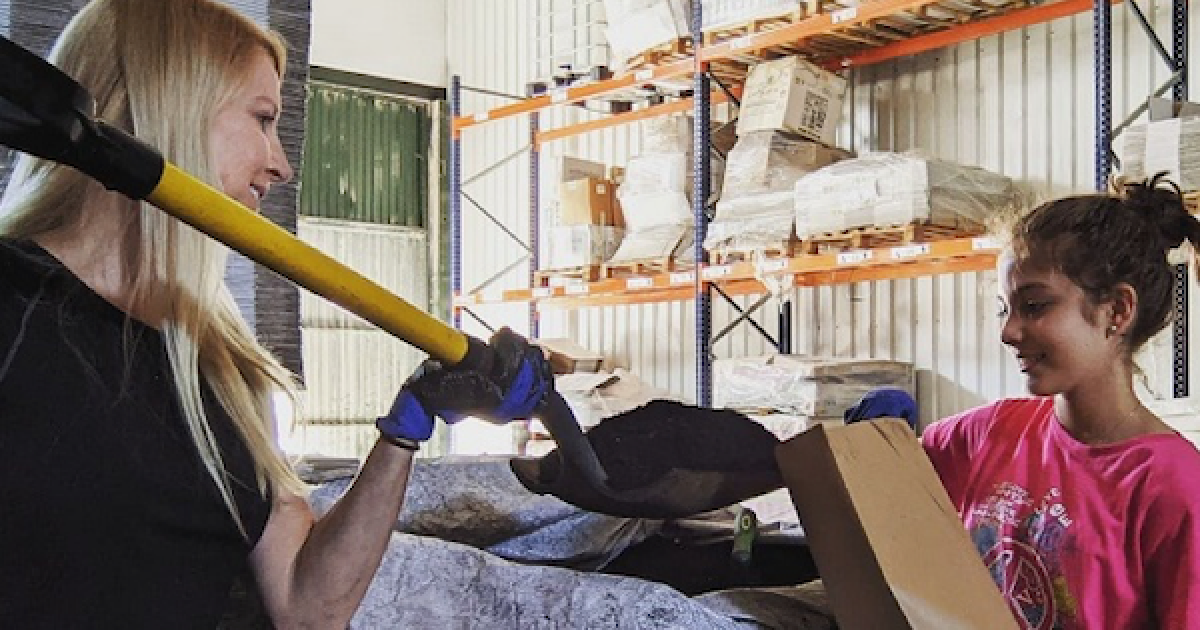 This article is sponsored by Puro.earth.

The demand in the voluntary carbon removal market is expected to boom this year, as more corporations look to use CO2 Removal Certificates (CORCs) to neutralize emissions they aren’t able to reduce.

But there’s an issue: The supply of mature carbon-negative projects just isn’t ready, due to lack of access to upfront funding.

Many of the most innovative, early-stage projects specialize in biomass-based engineered removal. This is where biomass is processed and the captured carbon is stabilized into some form of durable storage — such as biochar, wooden building elements and soil amendments.

When scaled, these projects have the potential to remove and store huge amounts of carbon for the long-term. Let’s take a look at four exciting biochar examples that illustrate how corporations can commit to buy their carbon removal to help them take off through the Pre-CORC Framework, a service to match early-stage high-quality carbon removal projects with corporate offtakers that want to secure their supply of negative emissions.

Biochar is a very stable, solid form of carbon that can endure in soil for hundreds of years — making it an ideal approach for scalable carbon removal.

How does biochar work?

Puerto Rico’s bamboo problem could be a solution

In Puerto Rico, bad weather can play havoc with bamboo forests and bamboo growing along waterways and roadsides. The non-native plant causes blockages in rivers, leading to flooding and erosion. It falls on electric lines leading to blackouts and falls on roads leading to traffic problems.

BioRestorative Ideas aims to tackle these challenges and transform about 7,000 tons of waste bamboo — which otherwise will be burnt — into 3,000 tons of biochar annually.

This will bring multiple benefits such as producing soil improver for island crops such as coffee and fruit, the potential for exports to the U.S. market and partnerships for other applications.

The project will also refurbish the surroundings of the Eureka sugarcane historical hacienda, which is important cultural heritage, and will create about 20 high-quality local jobs in the Southwest of the island, the region with most unemployment.

In its second phase, BioRestorative Ideas intends to transform biomass residues that are unusable following hurricanes and tropical storms, which are devastating for the island. This will allow the population to generate energy, produce biochar to improve poor soils and clean up the community.

The olive industry composts, landfills or burns its waste biomass — all unsustainable practices that lead to a rise in CO2 emissions, methane emissions and air pollution. Amata Green is looking to address this issue by building a biochar production facility in Spain, the most prolific olive producer in the world.

The facility will process discarded waste from olive growers and mills, turning it into biochar starting with a minimum of 12,000 tons of CO2 annually and eventually scaling to 24,000 tons annually. The company plans five more similar facilities of a similar size.

Amata Green aims to implement a circular economy in the region by diverting waste from being burned or simply rotting, and the resultant biochar placed in the soil will help bring back life, allowing aquifer recharge, helping landscapes resist erosion and avoiding nutrient leaching — problems that plague the farming communities.

Amata Green’s facility will address a social need too: The region of Spain in which the first facility will be located is an economically depressed area where the largest industry is olive farming and olive oil production, and the facility will provide jobs to local people.

U.S.- and Finland-based Carbo Culture converts biomass to biochar and even holds a patent on the technology for instantaneous conversion from biomass to conductive biochar.

Carbo Culture is pinning its ambitions on a next-generation biochar reactor, its first commercial-scale facility. The reactor, with a capacity of 14,000 tons, will be the culmination of four years of engineering, a NASA workshop and Stanford’s StartX acceleration. Once the next-generation reactor is built, the company plans to rapidly scale the new reactor type globally.

BC Biocarbon’s biorefinery plant, to be built in Saskatchewan, Canada, will annually sequester 40,000 tons of CO2 by producing biochar from forestry waste feedstock.

The project strives to provide the highest quality biochar and the longest-lasting CORCs possible with its high temperature Black Bear Biochar. The site will also produce other co-products such as carbon-based chemicals, water-based liquid products such as wood vinegar and gases for thermal combustion.

How do we fund these businesses?

Obviously, projects such as these need support in the form of equity investment and debt finance, but they also need to demonstrate future carbon credit revenue to investors and banks.

Puro.earth offers a way to address these demand and supply challenges through its Pre-CORC Framework, a service to match early-stage high-quality carbon removal projects with corporate offtakers that want to secure their supply of CORCs.

Organizations such as Amata Green, BioRestorative Ideas, BC Biocarbon and Carbo Culture work hard piloting operations and assessing risks in order to receive commitments for the future carbon removal generated by their facilities. Corporate commitments give them visibility into future revenue, which helps raise equity and debt.

Carbon removal buyers, on the other hand, are able to hedge price volatility and manage risk in their offsetting and removal portfolios, securing their future supply of negative emissions to fulfill climate pledges.

Besides these, there are many other projects looking for corporate CORC commitments. If you are corporation that wants to get access to their scaling plans and accelerate the pace of the voluntary carbon removal market with your pre-order of CORCs, please visit: https://puro.earth/CORCS/