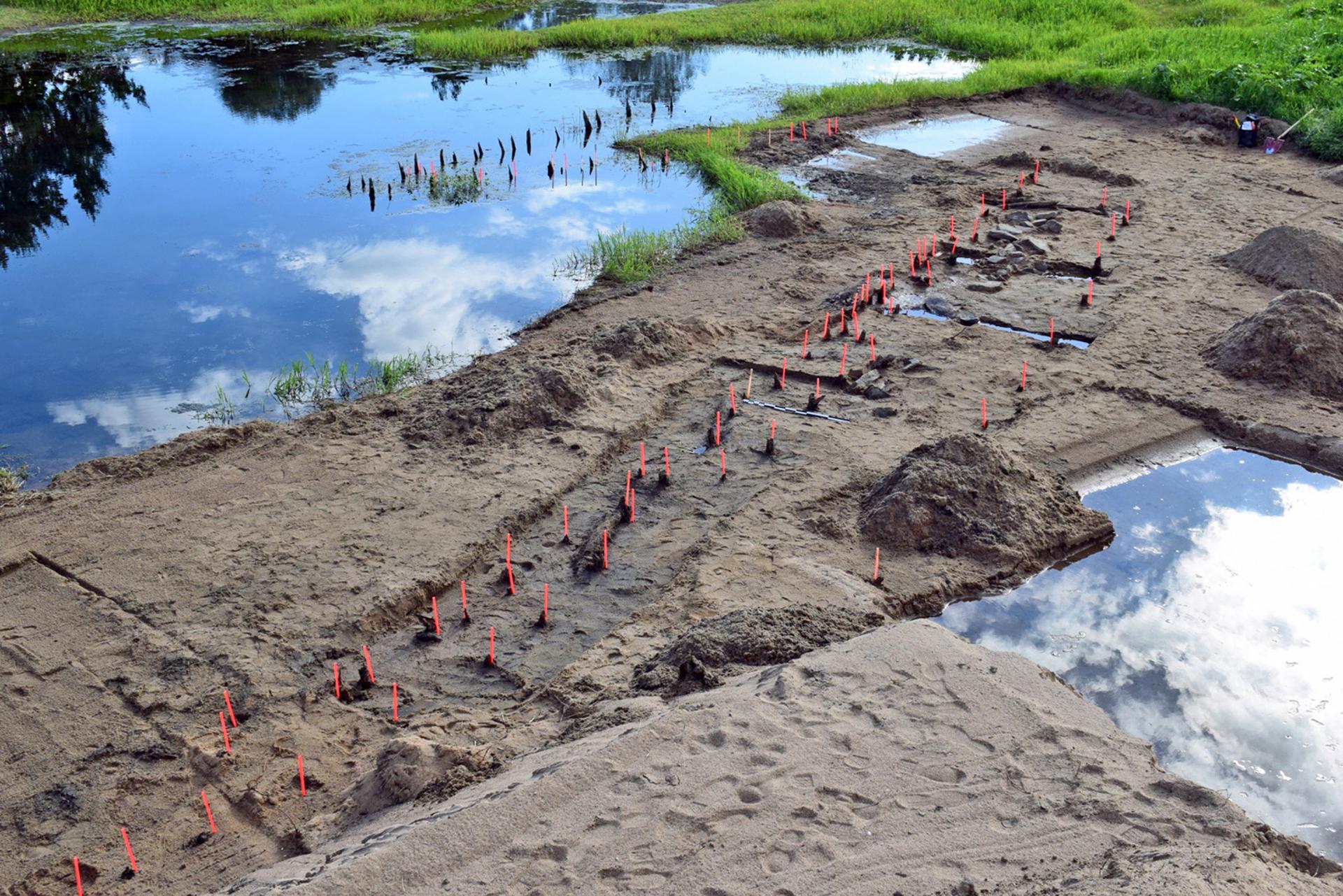 The harsh drought across Europe this summer has led to water levels dropping heavily in lakes and rivers. This has led to finds being made along these waterways, which now includes the remains of a 12th-century fishery in France.

Research carried out by Inrap (Institut national de recherches archéologiques préventives) along the Loire River in western France has uncovered the medieval fisheries. They were found along left bank of the river, near Île Poulas, when sandbanks emerged in mid-August. The archaeologists excavated stone and wood fittings, which were positioned in a “W” shape and were meant to create a duke to direct part of the river (and fish) into a series of nets and traps. It is believed that they were trying to catch fish swimming upstream, such as salmon.

The fishery dates to about the 12th century, and the archaeologists believe that the site could have accommodated at least one mill-boat, a vessel with paddle wheels that would remain fixed on the river, and then could be used to operate millstones or a sawmill. It is also likely that during the Middle Ages this part of the Loire River was a little south of its present course.

Water levels along many rivers in Europe have seen record lows because of drought-like conditions, and portions of the Loire River previously submerged were available for archaeological work. The team from Inrap made use of ground-penetrating radar to look for anomalies in the ground, and they further explored the sites with a mechanical shovel.

The archaeologists also uncovered a series of at least nine shipwrecks along another part of the Loire – they date from the 17th and 18th centuries and may have been deliberately sunk as part of efforts to stop erosion along the riverbanks.