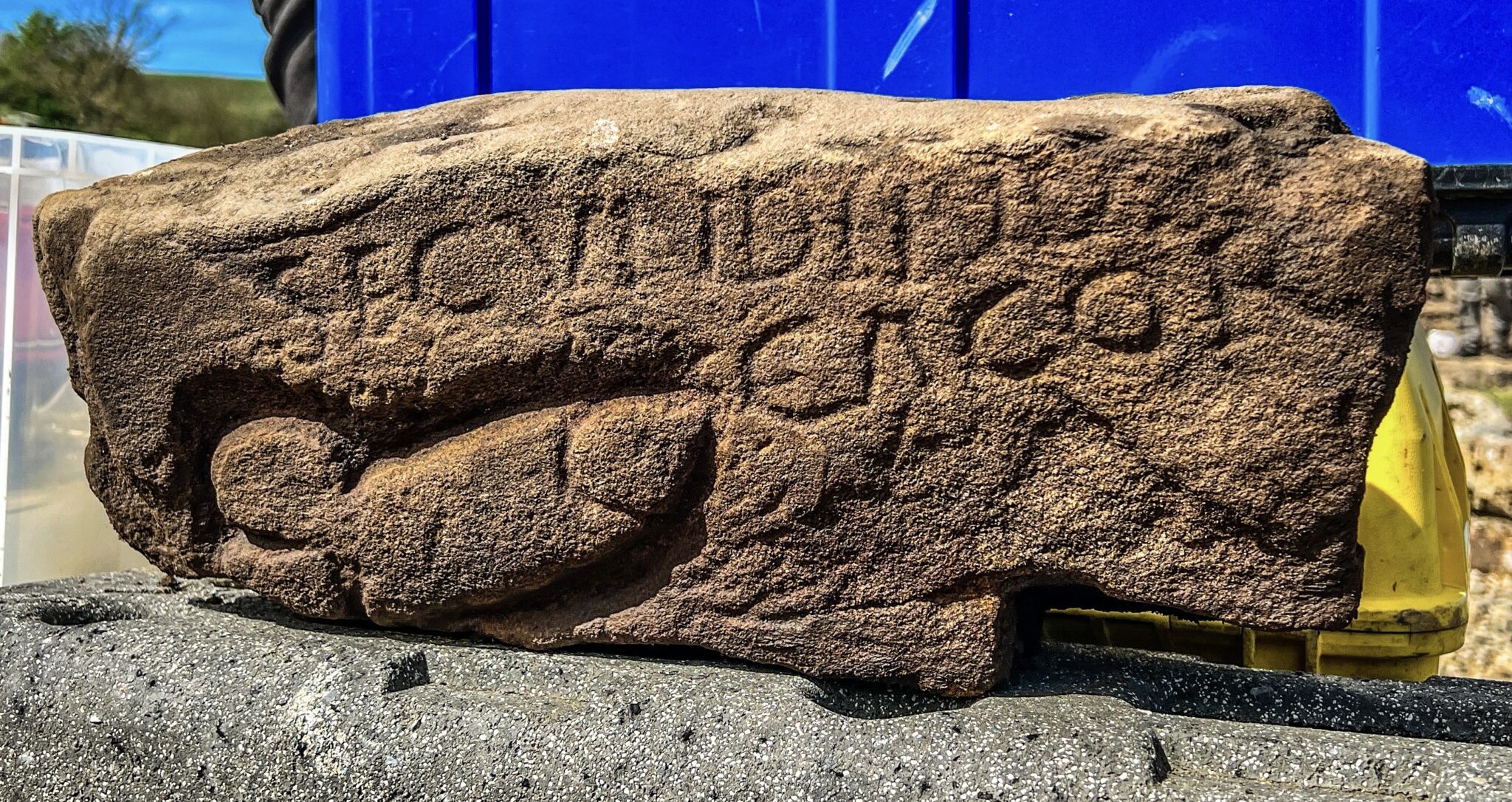 Excavations at the fort of Vindolanda just south of Hadrian’s Wall have unearthed a stone carved with a personal insult and a large phallus dating to the 3rd century A.D. This is the 13th phallus discovered at Vindolanda in the century since excavations began, the most of any site along Hadrian’s Wall. 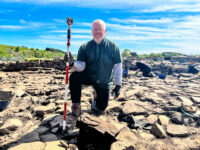 It was discovered by Dylan Herbert, a volunteer from South Wales who was on his second week of excavations at Vindolanda.

Dylan commented “I’d been removing a lot of rubble all week and to be honest this stone had been getting in my way, I was glad when I was told I could take it out of the trench. It looked from the back like all the others, a very ordinary stone, but when I turned it over, I was startled to see some clear letters. Only after we removed the mud did I realise the full extent of what I’d uncovered, and I was absolutely delighted”.

Full extent is right. The phallus is engraved deeply into a stone 16 inches wide and six inches high. Above and to the right of the penis rampant is an inscription reading: SECVNDINVS CACOR, a shortened version of “Secundinus cacator” or “Secundinus the shitter.”

The phallus was a popular good luck charm throughout the Roman Empire, carried by the Roman army to remote provinces like Britain where there was no native phallus worship. They were often carved on utilitarian features like millstones, bridges and doorways, apotropaic marks intended to avert any evil eye cast on an endeavor or business. More than 60 phalluses have been found along Hadrian’s Wall, like this one carved into a quarry by Roman soldiers cutting stone to make repairs to the wall in 207 A.D.

The recently-discovered Vindolanda phallus was not warding off the evil eye. It was basically performing the functional equivalent of flipping Secundinus the bird. The carver really put his back into it, too, because each letter and the phallus are carefully and cleanly carved deep into the stone. This would have taken significant time to accomplish. It was not a quick scratch-up or ink job. 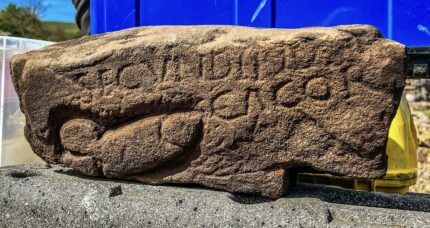