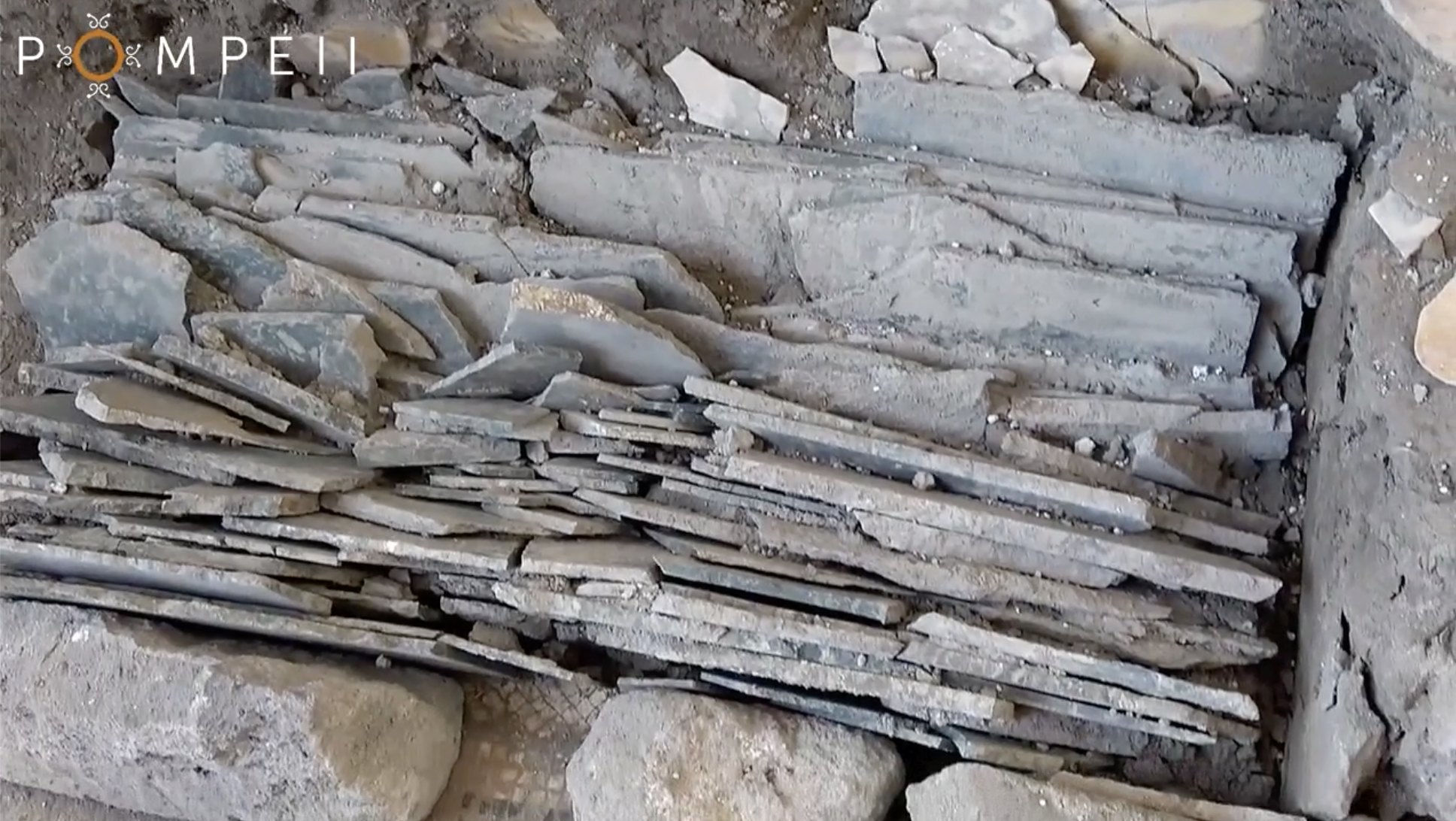 Archaeologists have discovered an ancient stone worker’s supply chest in the large reception room of the House of the Library in Pompeii. The extraordinary remains of a large wooden chest containing slabs of giallo antico (ancient yellow) marble quarried in Numidia and of green serpentine porphyry from the Peloponnese peninsula in Greece, among other fine marble imports, were unearthed still tidily arranged like hanging file folders.

The wooden chest was gone, but archaeologists were able to recreate a perfect model of it by making a plaster cast of the hole the chest left in the hardened ash when it decayed. Another object of organic materials, a basket that had been placed on top of the chest, was also captured in a plaster cast.

The villa was in the Insula Occidentalis neighborhood that was originally just outside Pompeii at the Porta Occidentalis gate. It was a multi-storey luxury home, one of four built into part of the city’s ancient walls overlooking the sparking blue waters of the Bay of Naples. The House of the Library had been partially excavated before, but large sections were still under the volcanic debris.

An excavation team opened up new ground in the villa as part of a project to restore and stabilize the buildings in the Insula Occidentalis. The dig revealed previously-unexplored parts of the mansion, unearthing the large reception room on the first floor. The room was elegantly appointed with a black-and-white floor mosaic of a wide meander border around a central panel of white tile. The detail work down the orientation of tesserae in the central white panel is of high quality.

Archaeologists believe the house was damaged in a major earthquake that struck the city in 62 A.D. and subsequent seismic swarms, one of the smaller side-effects of living under the shadow of an active volcano. Several rooms of the villa were effected and there were repairs and refurbishment works in progress. The marble slabs in the chest were neatly tucked against the wall on the outer perimeter of the mosaic. They were likely replacements for slabs that were broken in the earthquake, probably in rooms adjacent to the reception room that haven’t been excavated yet. 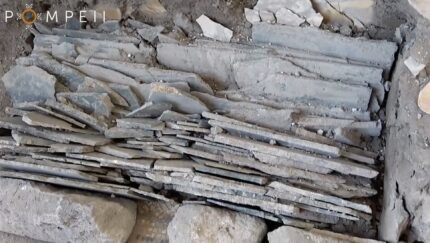