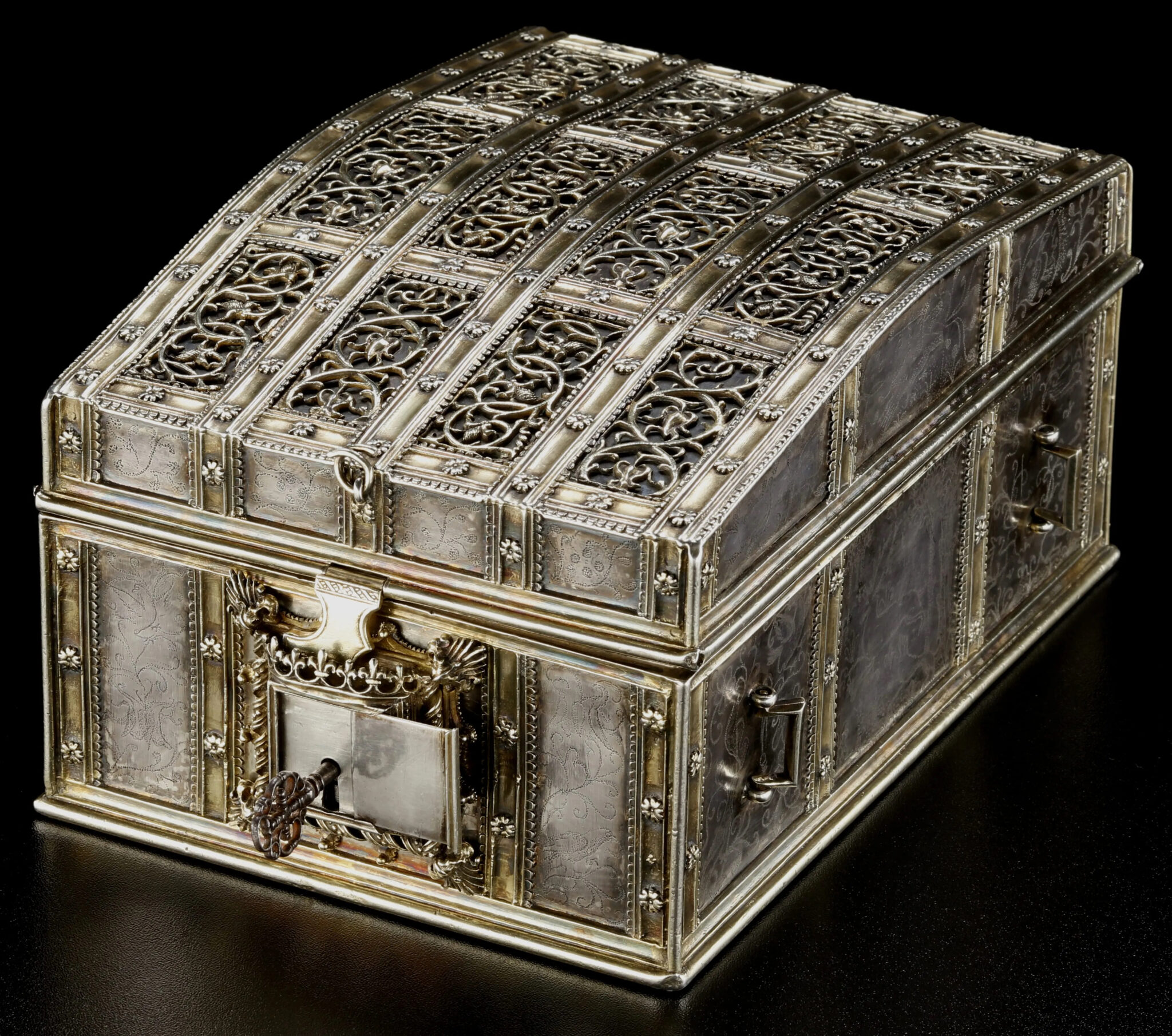 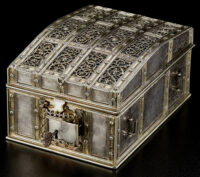 A luxurious silver casket believed to have contained the scandalous letters from Mary, Queen of Scots, to the Earl of Bothwell that were the pretext for her forced abdication and long imprisonment has been acquired by National Museums Scotland. £1.8 million

The casket was made in Paris between 1493 and 1510, which makes it an extremely rare survival of luxury Renaissance French silversmithing, much of which was melted down in the late 17th century by Louis XIV to fund his endless wars. There are no French silver caskets of this type and quality known to survive. This one just happened to have left the country a century earlier, and its association with Mary, Queen of Scots is likely a large part of the reason it was preserved so well for so long.

As the experts on Antiques Roadshow always tell people to do, a note kept with the casket explains its connection to Mary. Written in the early 1700s, the note states that the casket was owned by Mary, Marchioness of Douglas, who sold it to Anne, Duchess of Hamilton. Mary told Anne that it once belonged to Mary, Queen of Scots.

Eight letters purportedly written by Mary, Queen of Scots, were the crux of the case made for her deposition by the Earl of Moray and other Confederate Lords. The letters, they claimed, proved she had had an illicit affair with the Earl of Bothwell and had conspired with him to kill the Queen’s husband Lord Darnley. The letters proved no such thing and there’s a strong chance they were forgeries anyway, but the pretext worked. Mary was forced to abdicate and fled to England seeking the protection of her cousin Queen Elizabeth I. Instead, Elizabeth ordered an investigation into whether Mary had indeed murdered Darnley and although the inquiry was inconclusive, Mary was held captive in a sequence of castles for 19 years until 1586 when she was tried and executed for plotting to overthrow Elizabeth.

The letters and casket went to a round-robin of Scottish lords after that. Moray, regent of Scotland after Mary’s convenient removal, had the letters for a while, then James Douglas, 4th Earl of Morton. Mary’s son, the future James VI, is believed to have destroyed the original letters in 1584. Only a few copies exist today.

The casket was acquired by Mary Gordon, second wife to the 1st Marquis of Douglas, in the 1630s. Whether it is the actual casket that contained the letters used against Mary is unknown, but it such a high-end piece it is entirely plausible that it belonged to her at some point. 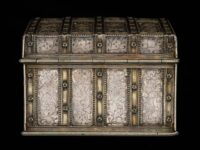 This ornate object was made by an extremely skilled goldsmith. We can tell that the goldsmith was in Paris from two maker’s marks stamped into its external underside panel. They have a crowned fleur-de-lis identifying the casket as Parisian, which sits above two symbols for the specific goldsmith, a fire steel or strike-a-light with a small Greek-type cross beneath it. After 1506, the French king Louis XII ordered the Parisian goldsmiths to start using a new type of mark, which means the casket must have been made by this time.

The decoration on the lid is known as ‘strapwork’, with alternating wide bands of three-dimensional scrolling leaves and flowers, and narrower, flat bands of flowerlets. The decoration of the sides is very different, with pinpricked flowers, birds, a rabbit, and a running stag and dog. This work may have been done later, and further scientific work will attempt to see if it replaced a previous design.

On one side is an engraving of the arms of the Dukes of Hamilton, with their distinctive symbol of the birlinn, or galley, in the second and third quarters. Three cinquefoils appear in the first and fourth quarters. When magnified, you can see that these arms have replaced something that has been erased. According to the provenance note, these were the arms of the Marquis of Douglas, and before that, of Mary, Queen of Scots.

The casket is now on display in the National Museums Scotland’s Hawthornden Court. In August it will be moved to its permanent location in the Kingdom of the Scots gallery where other artifacts and documents connected with Mary are displayed.