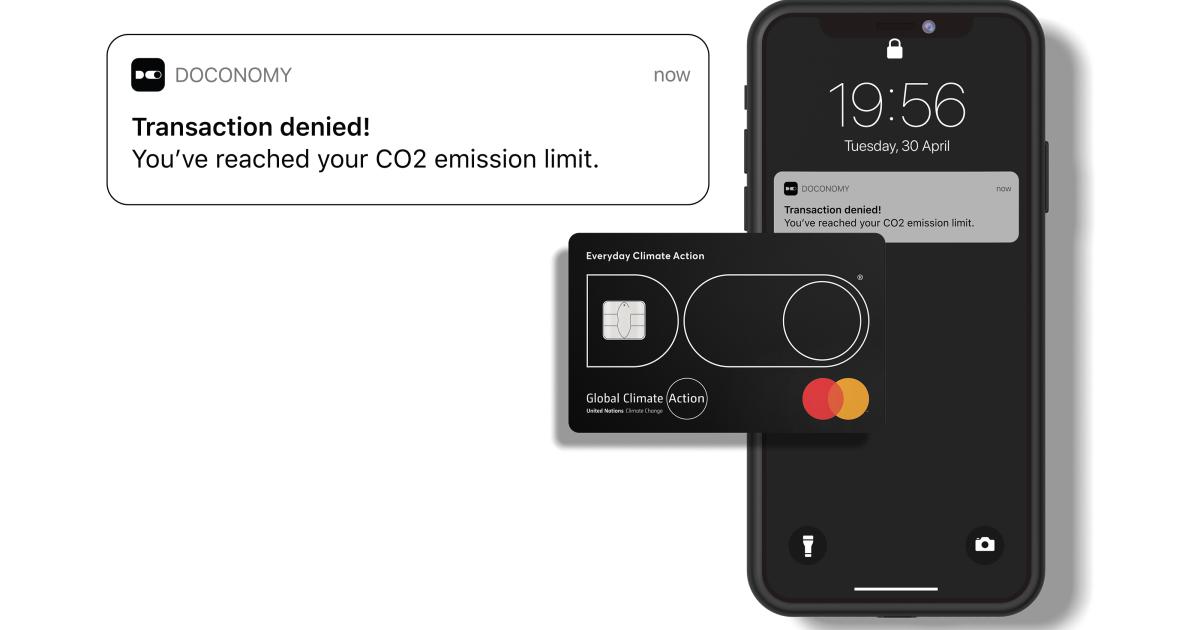 What’s interesting about the new infusion is that it nearly doubles the $24 million the company previously raised over its lifespan, plus it includes new investors Ingka Group (parent of IKEA) and Citi Ventures (venture capital arm of Citigroup).

“Both Ingka and Doconomy have great ambitions in shaping tomorrow’s sustainable homes through new products and services,” wrote Ingka Managing Director Krister Mattsson in the press release about the funding. “With Doconomy, we see a big potential in developing solutions to support people and products and services suppliers to measure, understand and reduce climate impact.”

What distinguishes Doconomy within the broader carbon accounting software and calculators category is that it’s focused squarely on helping consumers understand the environmental footprint of the products and services that they are buying. By extension, it helps the brands selling those things engage in two important activities: marketing their goods using that impact information, potentially gaining an edge with climate-conscious consumers; and tracking information — with more detail and hopefully more credibility — that gives them more visibility into their own Scope 3 emissions.

As of September, when it raised $17 million from a group including Mastercard, Doconomy was processing close to 90 million “impact calculations” per month. As of this latest round, the technology is being used in 30 countries, with a potential reach of more than a half-billion customers, according to Doconomy. It plans to use the funding for talent recruitment and to build out its portfolio of calculators.

Doconomy already works with some pretty big-name financial services firms including BNP Paribas, Klarna, Nordea and Standard Charter. One of its closest partners and customers is Mastercard (also an investor), which has worked with the four-year-old software firm for several years. Among other things, Mastercard allows those making purchases with certain credit cards to track the environmental impact and to benchmark them against a carbon “budget.” The financial services giant is also offering a version of this calculator to banks, which can integrate the features into their own services. For perspective, about 2.9 billion people use Mastercard products worldwide.

According to 2021 research by Mastercard, 85 percent of consumers claim they are willing to take “personal action” to address environmental and sustainability issues. A smaller but significant number (42 percent) of respondents said they were interested in staying more aware about how their purchases fit into the bigger picture.

Figuring out ways to affect consumer behavior is a central part of Mastercard’s journey to net zero — which it is striving to achieve by 2040. The company’s science-based targets for the short term are to reduce Scope 1 and 2 emissions by 38 percent and Scope 3 emissions by 20 percent by 2025 from a 2016 baseline.

With the addition of Ingka as a backer, Doconomy has the opportunity to reach “hundreds of millions” of consumers that shop at IKEA retailers in 32 markets worldwide. While the details of how Ingka will use Doconomy’s calculators aren’t yet public, the relationship points to IKEA’s interest in getting a better handle on how consumer behavior can affect its own net-zero ambitions.

“As corporates and financial institutions work toward a net-zero future, climate fintechs that leverage data and technology to measure environmental impact can help accelerate those efforts and provide a strategic advantage,” noted Jelena Zec, senior vice president of venture investing at Citi Ventures, in the press release.