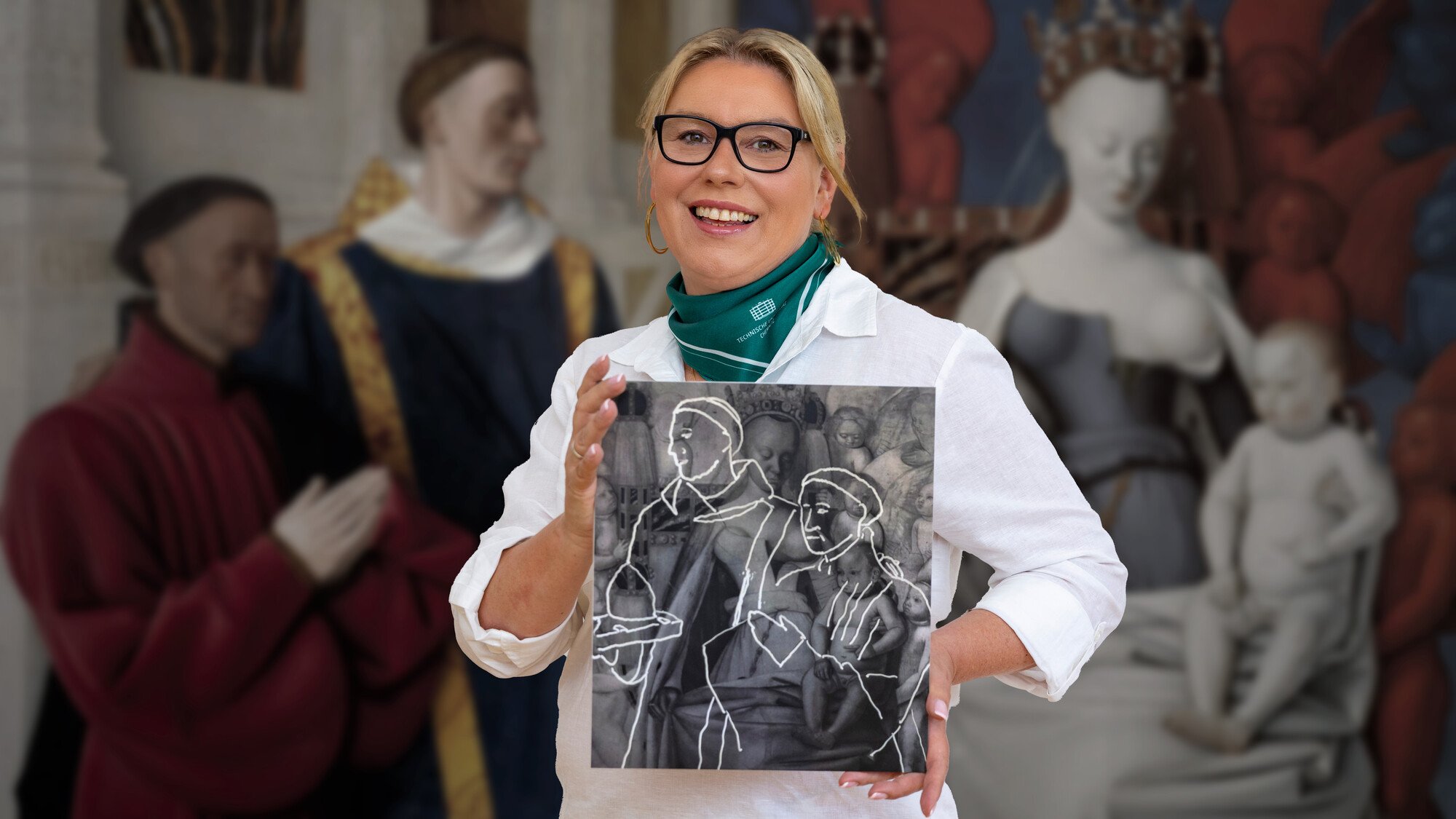 The Melun Diptych by the French artist Jean Fouquet is one of the most famous artworks from the fifteenth century. Now, new research suggests that the artist created a hidden image, revealed only by combining the two halves.

The two panels of this diptych were created around 1455 and were first hung in a crypt of the Collegiate Church of Notre-Dame in Melun. It was commissioned by Étienne Chevalier, Treasurer to the French kings Charles VII and Louis XI, and created by Jean Fouquet (ca.1420–1481), a painter and manuscript illuminator who also worked at the French court.

The left panel shows the commissioner of the diptych, Étienne Chevalier – treasurer of the French kings Charles VII and Louis XI – kneeling next to his patron saint, St. Stephen. The right panel shows the Madonna breastfeeding the baby Jesus, surrounded by several angels. It is believed that this Madonna was based on Agnès Sorel, mistress of King Charles VII, who had died two years earlier.

The two halves of the diptych have been separated since the 18th century and now are displayed at museums in Antwerp and Berlin.

Monja Schünemann, a research assistant at Chemnitz University of Technology, explains how she made a remarkable discovery about the piece:

When I was intensively thinking about the composition of the entire diptych while looking at the left panel, a thought struck me like a bolt of lightning. On the same day, I made a mirror-image sketch of the panel on display in Berlin and superimposed it on the panel with the Madonna – I folded both panels together, so to speak.

In the process, I discovered a previously unnoticed game of hide-and-seek that does not reveal itself when looking at the open double image. Only when one takes into account the folding effect of the panels, which are actually connected by a hinge, and which has only recently come increasingly into the focus of work in art history, do completely new interpretations of what Jean Fouquet probably also wanted to express open up.

“Closing the picture completely changed the image’s message, without viewers being able to physically see what was happening between the panels lying on top of each other,” Schünemann explains. In the resulting “sandwich image,” the donor Étienne Chevalier kneels in the folds of Mary’s wide-open cloak and is mystically nursed by her. “The two wings of the diptych thus become a lactatio, which in iconography denotes the miracle of nourishment from the Madonna’s breast. When the panels are folded together, it also becomes obvious that the Christ sitting on the Madonna’s lap can look into the chest of the breastfed and thus literally into the heart,” Schünemann describes her discovery.

“This can now also explain technological art studies of the past, which have shown that both Étienne Chevalier’s head and that of St. Stephen of Fouquet were corrected during painting,” says the Chemnitz historian. Accordingly, the painter wanted certain points of the picture to meet exactly when the diptych is closed and at that moment the donor Étienne Chevalier lies against Madonna’s breast and becomes the recipient of her nourishment. “The directions of the angels’ gazes on the right panel now also take on a previously unimagined meaning,” says Schünemann.

Today the right panel of the Melun Diptych belongs to the Royal Museum of Fine Arts Antwerp, while the left panel to the Gemäldegalerie Berlin. The complete diptych was reunited on a couple of occasions, once in 1937 and then again in 2017.

You can read more about the discovery in Monja Schünemann’s blog post SILENT DEVOTION: (In)visible folding effects in Jean Fouquet’s diptych of Melun