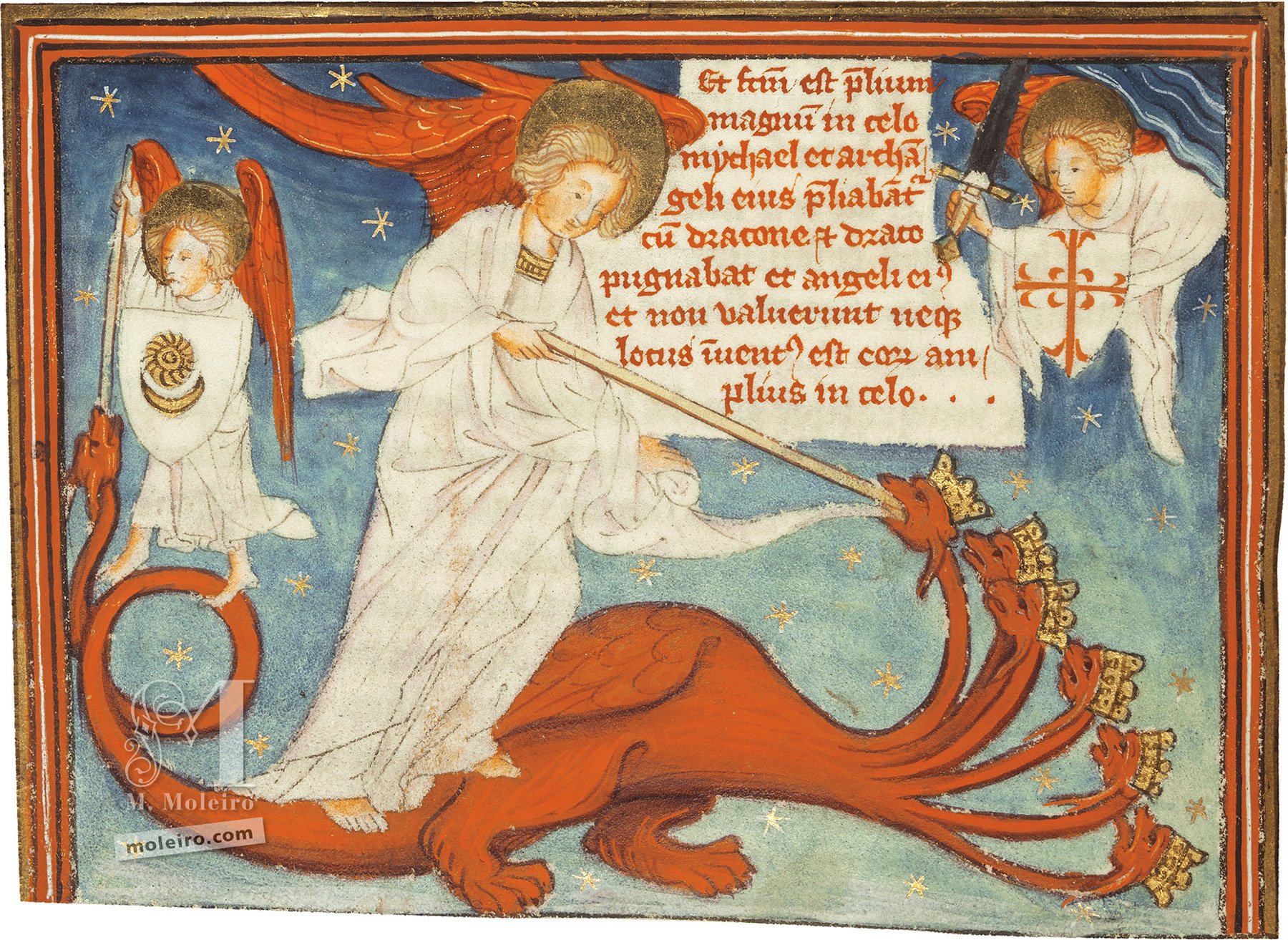 Although the popularity of graphic novels and comic books may seem like a relatively recent development, the truth is the idea of narrating a story in a continuous sequence of images, with dialogues and descriptions inserted within, can be traced back to medieval manuscripts.

The pattern is set within the framework of religious literature and has been used particularly effectively to illustrate the most visual biblical book of all, the Book of Revelations. Also known as the Revelation to John, medieval artists used this text to produce vivid illuminations known as picture-book Apocalypses. One example is the British Library MS Additional 38121, known as the Picture Book of the Life of Saint John and the Apocalypse.

Interestingly enough, it seems that already since the Middle Ages stories presented in comic-strip format have consistently featured world-threatening events, vicious villains and virtuous superheroes. Indeed, the main plot of the picture-book Apocalypses covers the events at the end of times when a team of good characters – including the Four Living Creatures, angels in heaven, Rider “Faithful and True” – fight the evil represented by the ferocious seven-headed Dragon, Beast from the Sea, False Prophet and their minions. They are all wielding supernatural powers and mighty artifacts.

Not only is the Picture Book of the Life of Saint John and the Apocalypse a sophisticated forerunner of modern comic books, but it also exudes an aura of gloss and opulence. Unlike any other extant picture-book Apocalypse, characterized by heavy contouring modeled with thin color washes, the British Library manuscript stands out for its gilded and fully painted illustrations. The luxurious, extravagant style fits well the fantastical events depicted, turning the act of reading into a truly spectacular visual experience.

In the video above you can learn about these and other distinctive features of the Picture Book of the Life of Saint John and the Apocalypse, masterfully explained by Richard K. Emmerson and Britt Boler Hunter from Florida State University.

The facsimile edition of the Picture Book of the Life of Saint John and the Apocalypse and other illuminated manuscripts are available at www.moleiro.com. Visit Moleiro’s YouTube channel for more videos featuring medieval manuscripts at www.youtube.com/moleiroeditor.