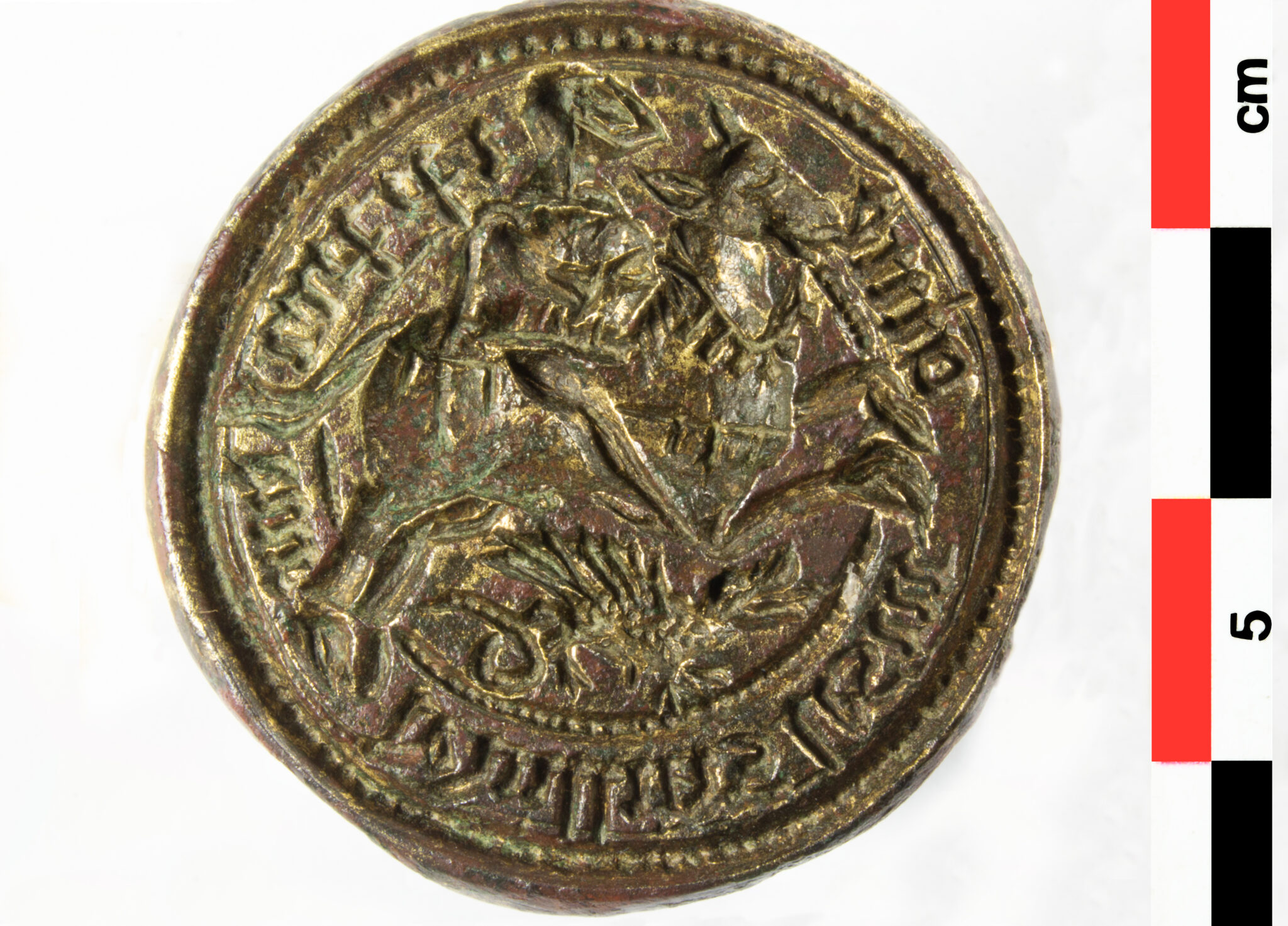 A previously unpublished and unknown bronze seal matrix of Saint George slaying the dragon has been discovered at the royal Château of Villers-Cotterêts in northern France. George’s armor stylistically dates the piece the early 15th century.

The chateau was built in 1528 by King Francis I. Its greatest fame comes from having been the location where King Francis I signed the Ordinance of Villers-Cotterêts, the edict that replaced Latin with French in all official acts of law and government, in August of 1539. It is the oldest French law still in force in French courts today.

Archaeologists have been excavating the royal estate since 2020. The seal was discovered in coal pouch in a room in the north wing of the castle. Seal matrices were extremely important in the Middle Ages, the sole means of confirming the authenticity of a signature, and as such were customarily destroyed or buried with the owner after death. For one to be tossed in with the coals it was almost certainly lost by accident, perhaps by someone warming himself at a fireplace, and was inadvertently discarded with the ashes by staff.

The seal matrix is circular with a pierced mount on the back from which the seal could be worn on a chain around the neck or tied to a belt. It is hollow engraved on the obverse with a mounted horseman in full plate armor. Under the legs of the rearing horse is a dragon. It is bordered with a beaded edge and inscribed “IP PRI/EUR / DEVILLERS / LESM / OINE”.

The inscription indicates the seal belonged to the prior of the Saint George monastery in Villers-les-Moines which was a half-mile stroll from the Chateau of Villers-Cotterêts. Very little is known about this priory, which makes the discovery of the prior’s seal even more historically significant.