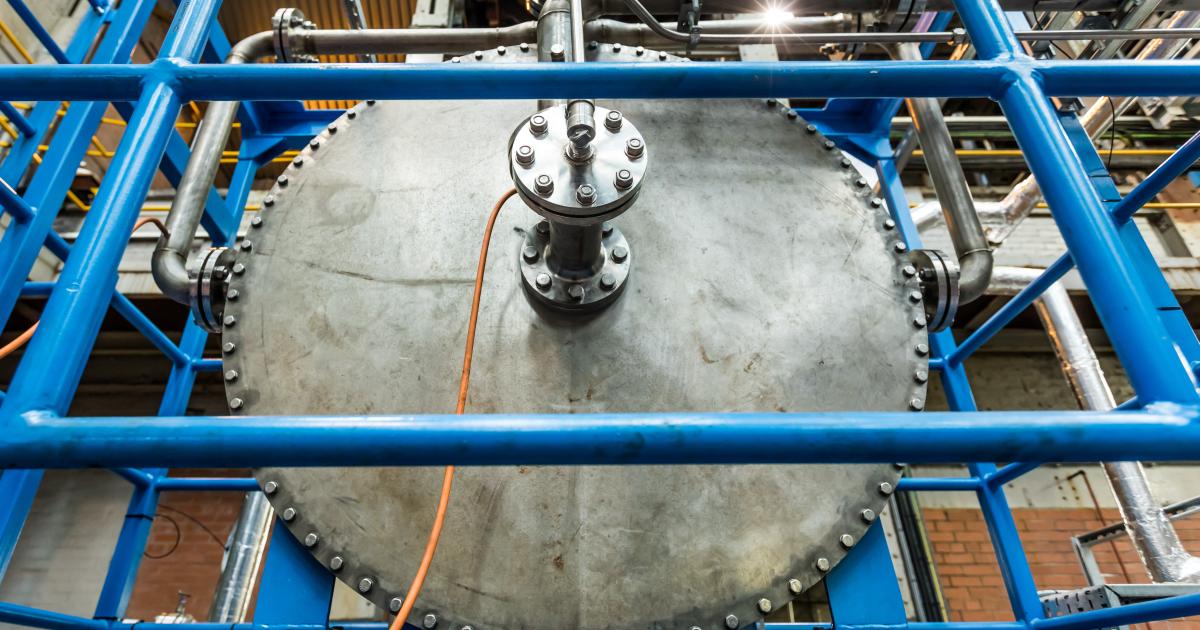 The direct air capture (DAC) startup set has been fundraising furiously — which has generated record-breaking rounds this spring for the likes of Heirloom Technologies, which closed a $53 million Series A in March, and Climeworks, which claimed the biggest round for a DAC company with a $650 million infusion in April.

But technologies that capture carbon dioxide at the point of industrial emissions are also attracting serious money. For good reason: They are doing the yeoman’s work of helping decarbonize so-called heavy industries such as cement production or steel making or petrochemical refining or waste-to-energy facilities.

The latest evidence comes in the form of a $150 million Series C equity funding round last week for London-based Carbon Clean, billed as the largest round for a venture focused on industrial CO2-capturing equipment. Carbon Clean is touting two things that definitely made my ears perk up — its ability to install equipment in a much smaller physical footprint than other carbon capture systems and its focus on driving down the cost of carbon capture to an average of $30 per metric ton.

That cost is significantly less than many DAC options that have cropped up in the carbon removal portfolios of companies including Shopify, Stripe and Microsoft. When it announced its first investments in 2022, Stripe was paying from $75 to $775 per metric ton. Carbon Clean’s technology already costs less than $40 per metric ton, according to its CEO.

[Continue the dialogue about new markets, technologies and products fueling the growth of business opportunities in carbon removal at  the VERGE  22 Carbon Program, taking place in San Jose, CA, Oct. 25-27.]

“We increased our investment in Carbon Clean because we recognize carbon capture’s importance to decarbonize our industry. Its revolutionary modular carbon capture technology promises to deliver industrial decarbonization at gigaton scale,” said Gonzalo Galindo, head of Cemex Ventures, in a statement. “We continue enhancing our low-carbon investment portfolio and looking for new technologies to create a more sustainable industry.”

Cemex is doing more than just investing in Carbon Clean. In February 2021, it announced a Department of Energy grant for a carbon capture and use project at its Victorville, California, cement plant. The goal is to scale up the capture capabilities of Carbon Clean’s approach while exploring ways to transform the CO2 into marketable products, such as using it to cure cement.

When I spoke with Carbon Clean CEO Aniruddha Sharma earlier this week about the funding, he said the company is engaged with 44 projects globally including installations in Germany, India and Japan. Its partner and client list includes Holcim, Tata Steel, Veolia and Chevron, which will use Carbon Clean’s latest technology CycloneCC to capture emissions from cogeneration units in San Joaquin Valley in California.

“We just don’t have time left to wonder about whether or not these work,” Sharma said of these and other projects to be announced in the near future. “We just need to get on with it.” (In the United States, the company is lining up manufacturing resources in Ohio.)

Carbon Clean’s system currently packs the ability to capture up to 35,000 metric tons annually into a format the size of a shipping container, according to Sharma. The CycloneCC technology will have a footprint that is 10 times smaller than conventional carbon capture systems, and it can be deployed in less than eight weeks, according to the company’s marketing materials.

Watch for Carbon Clean to continue prioritizing work in industrial sectors, as well as potential work at waste-to-energy facilities in Europe. While some installations are turning the captured CO2 into a feedstock for another process — such as zero-carbon shipping fuel or for glass-making — Sharma believes many of Carbon Clean’s customers will opt for sequestration. “If you are trying to achieve gigatons, then storage is going to be the main solution,” he said.