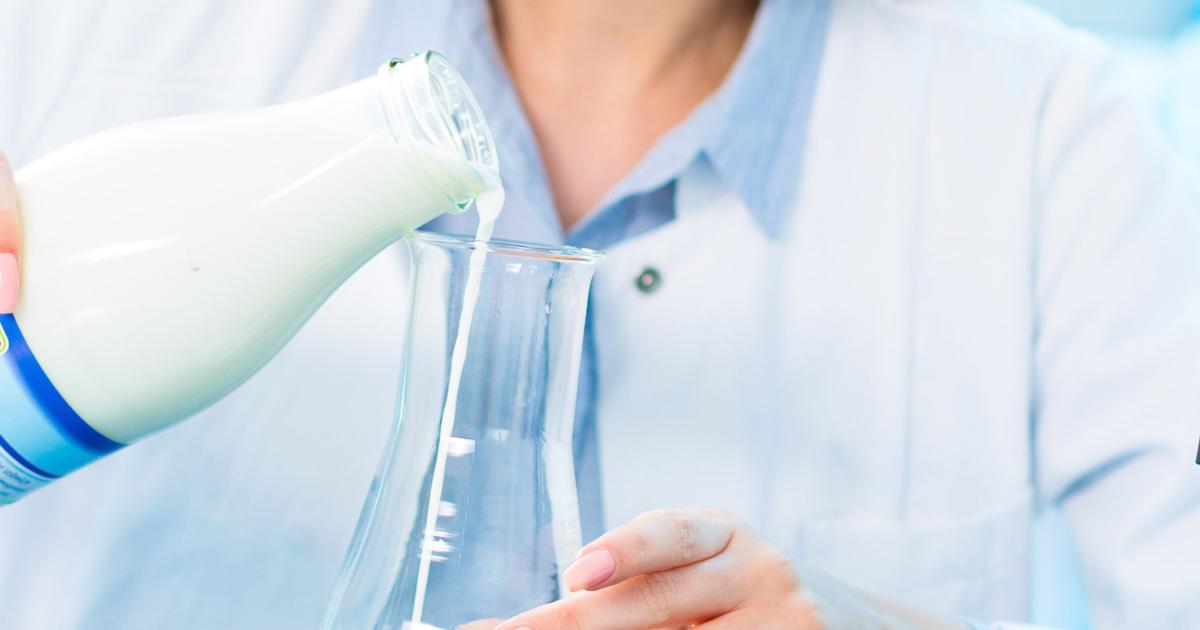 Thanks to the dizzying array of alternative milks available in U.S. supermarkets, more Americans than ever are breaking up with Bessie. Globally, though, people are drinking more milk, and it’s this trend Israel’s Wilk has its eye on.

Americans have been downing less and less cow’s milk since the 1940s, however the proliferation of alternatives — almond, coconut, soy, oat and hemp, to name a few — has accelerated the trend, especially in the last few years. During the first half of 2021, alternative milk accounted for 15.5 percent of all milk sales in the United States, with $2.4 billion sold, a one-year increase of 9.8 percent and a two-year jump of 27 percent.

But zoom out and the picture changes. Rising demand for milk in countries such as China, India and Brazil is driving world production up, with an annual increase of 1.6 percent expected between 2020 and 2029, according to a report from the Organization for Economic Cooperation Development and the U.N.’s Food and Agriculture Organization.

One of a group of emerging startups in the field of cellular agriculture, Wilk aims to help tackle the food security challenges caused by the fact that our ever-expanding human population lives on a planet with finite resources. But while some cellular agriculture companies, and their counterparts in the plant-based meat and dairy sectors, are looking to replace animal products, Wilk is taking a different approach. Instead of creating a consumer brand, the company is working business to business, partnering with dairy industry veterans that are already starting to invest in the alternative milk space to keep up with consumer demands. The startup uses mammary cells from cows to produce lab grown ingredients with the aim of making alternative milk products more nutritious and closer to the real thing. In parallel, Wilk is working on a similar process for producing ingredients from human mammary epithelial cells to enhance infant formula.

To that end, the company formed its first partnership last year. In July, Coca-Cola’s Israeli franchise, which operates as The Central Bottling Company (CBC), said it would invest $2 million in the startup to accelerate commercialization of its cell-cultured milk products. As part of the deal, CBC-owned Tara Dairy will be the first to use Wilk ingredients in pilot commercial production.

I recently spoke with Nurit Argov-Argaman, a researcher and lecturer at the Hebrew University of Jerusalem and lactation physiology specialist, who co-founded Wilk in 2020, after spending roughly a decade researching the milk production process. The following excerpt has been edited for length and clarity. To hear more of the conversation, tune into the next episode of the GreenBiz 350 podcast.

CJ Clouse: Can you walk me through the process of how you produce milk from mammary cells? And is the process the same for cow’s milk and for human breast milk?

Clouse: So the cells are always there, even if you never use them?

Argov-Argaman: Yes. The ability to respond to these hormones enables the cells to lactate, even if the woman or the cow, the heifer, is not pregnant and did not previously produce milk. So we grow this population of cells in Wilk’s lab, and once they reach a certain critical mass, they’re moved into a bioreactor, which is a large stainless-steel vessel that has millions of cells growing inside. The benefit of the bioreactor is you can constantly monitor the condition of the culture. And at a certain point, they stop using the nutrients you provide them in order to grow and start using them for the process of lactation. And the conditions of the bioreactor are monitored to enhance the production capacity of the cells.

I want to make sure that my children will be able to continue consuming dairy products even 50 and 60 years from now.

Clouse: That is fascinating. So where do you get the cells?

Argov-Argaman: For the cow cells, we either isolate them directly from milk or take the cells from tissue biopsies. For the human cells, we have collaborations with two hospitals in Israel. One provides us with breast milk that women donate after they give birth. And, of course, they are compensated for that. So there are actually milk-producing cells in breast milk. Through a natural process, some of the milk-producing cells are shed from the breast into the milk. We also have a collaboration with Ichilov Hospital, the biggest hospital in Israel. And from there we get breast tissue from breast reduction surgeries. And again, the women, of course, are fully aware; they sign an agreement through the ethical committee of the hospital, and they get compensated.

Clouse: I read somewhere that Wilk wants to support and improve the dairy industry rather than disrupt it. How do you see yourselves doing that?

Argov-Argaman: As a B2B company, our strategy is to work together with partners in the dairy and infant formula industries. We aim to provide our partners with ingredients that have significant nutritional benefits or that can improve the taste and the structure of their products. If it’s an infant formula, we want to make better formula, make it more similar to the real thing, to breast milk. If we’re looking at the vegan alternative world, we want to enhance the product, improve the taste and texture and maybe the smell and the way it feels in your mouth.

Clouse: Where are you in terms of commercialization on both the cow’s milk side and the breast milk side?

Argov-Argaman: We are working on these two verticals together, and we expect to be able to commercialize the ingredients for both at more or less the same time. We already announced our first collaboration with The Central Bottling Company in Israel. They have a dairy branch, which is called Tara. And we signed an agreement with them saying that starting in 2024, we will provide them ingredients that they will be able to incorporate into their products. I assume that the first product will be an alternative dairy product, like oat or soy milk, that will have Wilk components inside to enhance the texture, the taste and the nutritional value.

Clouse: Is another longer-term aim to enable your dairy industry partners to create their own 100-percent cell-based milk products? Do you see that happening at some point in the future?

Argov-Argaman: In the far future, yes. But for now, the quickest way to market our ingredients, in terms of scalability, regulation and value for money, is using our system to improve infant formula and alternative dairy products. This is the way to move forward as quickly as possible.

Clouse: So how does Wilk aim to make the dairy industry more sustainable?

Argov-Argaman: The main incentive is to resolve food security and safety issues, which is one of the sustainability goals of agriculture. If we’re talking about infant nutrition, especially premature infants, providing them the possibility to feed on real breast milk, or improved replacements that have the same effect on development and health as breast milk, is aligned with food safety and security.

Clouse: But do you also want to reduce the dairy industry’s environmental impact by making an alternative that’s more like cow’s milk, and getting people who prefer cow’s milk to switch? Is part of the goal to reduce the number of cows needed?

Argov-Argaman: I think this is a tricky question. First of all, we need to acknowledge that the population of the world is increasing, and there are going to be some issues and conflicts around the food that is available on the planet. There’s only a certain amount of food, and we need to be able to feed 9.5 to 10 billion people in 20 to 25 years. So the food industry will have to expand its ability to produce food in general, including milk. And they need to do that while improving animal welfare and reducing the impact on the environment, like greenhouse gas emissions, the utilization of water and the utilization of land that we need in order to produce the crops that are used to feed the animals. So I think we will see cows producing milk for a long time. But there is definitely a need to support the dairy industry in its ability to produce milk by more sustainable manners, and cellular agriculture is certainly one of them.

I want to make sure that my children will be able to continue consuming dairy products even 50 and 60 years from now. This is what I’m here for. I’m here to do that.