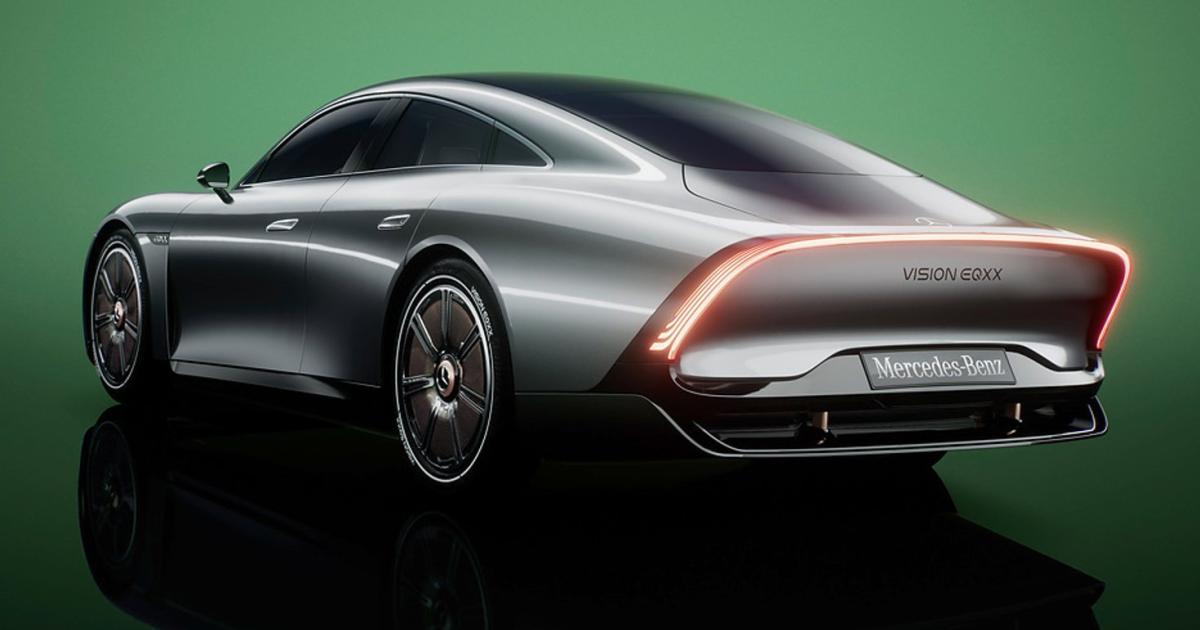 Mercedes-Benz has unveiled a prototype electric vehicle it claims can travel more than 612 miles on a single battery charge, having developed a “radical” new highly-efficient system it believes could put an end to “range anxiety” among drivers.

Although only a prototype, the German carmaker claims the “Vision EQXX” is “the most efficient Mercedes-Benz ever built,” made from lightweight, sustainable materials and a boasting battery which consumes less than 10 kilowatt-hours of electricity for every 612 miles driven on the road.

The car is “packed with efficiency improvements” and during digital simulation tests of real-life traffic simulations managed to exceed 612 miles of driving on a single charge of its battery, several times further than the distance most available EV models are capable of driving.

The industry average drive range for EVs on the market is around 186 miles per battery charge, with the Tesla Model S boasting among the highest range at around 357 miles on a single charge.

However, if the Vision EQXX’s range was replicated on the road, it could potentially travel all the way between Berlin and Paris on only a single charge, further than even existing petrol and diesel cars are capable of, according to Mercedes.

The company plans to harness the efficiency benefits achieved in the prototype for use in future EV models it is developing, with the expectation of using a similar drivetrain and battery system in a new model from around 2024 or 2025, albeit likely without quite the full range of the Vision EQXX.

Although not the first to develop an EV capable of surpassing the 612-mile range barrier — China’s Guangzhou Automobile Group unveiled its Aion LX Plus prototype in November — the development of the Vision EQXX should help support Mercedes previous pledge to become an electric-only brand by the end of the decade “if market conditions allow.”

“The Mercedes-Benz Vision EQXX is how we imagine the future of electric cars,” said Ola Källenius, chairman of the board of Daimler and Mercedes-Benz. “It has a range of more than 1,000km on a single charge using a battery that would fit even into a compact vehicle. The Vision EQXX is an advanced car in so many dimensions — and it even looks stunning and futuristic. With that, it underlines where our entire company is headed: We will build the world’s most desirable electric cars.”

The prototype’s 612-mile range was achieved thanks to a “radical new system” which focused on squeezing as much efficiency as possible from the battery, which Mercedes claims is capable of achieving up to 95 percent energy efficiency.

That means almost all of the electricity from the battery ends up powering the wheels, with only 5 percent loss of energy in the process, helping enable the car to travel six miles on just a single kWh of energy, according to Mercedes.

In comparison, even the most efficient internal combustion engine drivetrains on the roads achieve roughly 30 percent energy efficiency from the petrol or diesel fuel burned, it said.

The Vision EQXX’s battery pack is also half the size of the battery used in Mercedes EQS saloon electric vehicle model, as well as being 30 percent lighter, the company claims.

“Rather than simply increasing the size of the battery, the cross-functional, international team focused on maximizing long-distance efficiency,” the German carmaker explained. “They pulled out all the stops in drivetrain efficiency, energy density, aerodynamics and lightweight design.”

Developed over the past 18 months by a team that featured a “diverse range” of partner companies, institutions and experts from Formula 1 and Formula E, the prototype has also been built using recycled and plant-based materials in order to reduce waste and the carbon footprint, the firm said.

Other benefits of the car include aerodynamic tires, lightweight chassis and brake discs, and ultra-thin roof solar panels which feed into the battery system to bolster driving range by a further 15.5 miles.

The body of the Vision EQXX also marks one of the first times Mercedes has used low carbon, flat steel produced with 100 percent scrap metals using an electric-arc furnace technique, the company said.

Markus Schäfer, chief technology officer responsible for development and procurement as well as board member for both Daimler and Mercedes-Benz, said the technology program behind the Vision EQXX “will define and enable future Mercedes-Benz models and features.”

“As a halo car, the Vision EQXX firmly establishes Mercedes-Benz as the brand that pairs luxury with technology in the automotive world and beyond,” he explained. “And the way we developed it is as revolutionary as the vehicle itself. Vision EQXX has seen the best minds from our R&D centers work together with engineers from our Formula 1 and Formula E programs. They are proving that innovations from motorsport — where powertrains are already highly electrified — have immediate relevance for road car development. We are challenging current development processes with innovative spirit and outside-the-box thinking. This truly is the way forward.”