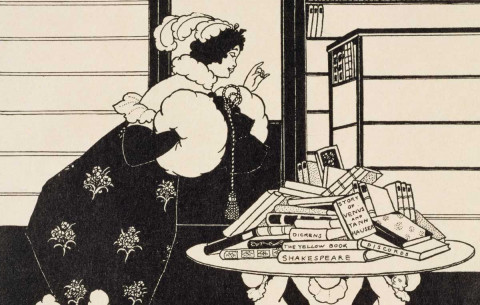 This year marks the 50th anniversary of the Wolfson History Prize, the UK’s most prestigious prize for history. For half a century it has brought to the public’s attention excellent and readable works of scholarship. But it alone cannot change one of the greatest discrepancies in the public consumption of history: history books by men are bought much more than history books by women.

Nielsen Book Scan shows that, in 2021, of the bestselling 100 history books only 19 were by women and there were only two books by women in the top ten. This is historically true, too. In July 2018 the top 50 bestselling non-fiction books in the UK (excluding cookery, biography and memoirs) included five history books by men. The only book by women one could even vaguely classify as history was for children (Good Night Stories for Rebel Girls). You had to go down to number 85 to find the first adult history book by a woman, Mary Beard’s Women & Power: A Manifesto, and that was the only one in the top 100. Wind back a bit further: in January 2016 only four solo women authors appeared in the top 50 history bestsellers in the UK. These are randomly chosen moments, but there is no reason to suspect a systematic study would reveal anything different. The conclusion is clear: bestseller lists reveal the public’s purchasing patterns and they just don’t buy as many history books by women as by men.

What is the reason? That women are less intelligent than men? That they are less adept at writing? Clearly not. Could it be ‘the authority gap’?

Men, Mary-Ann Sieghart writes, are four times more likely to read a book by a man than by a woman. She cites a study by Lisa Jardine and Annie Watkins of Queen Mary University. From a sample of 100 academics, critics and writers they found that, while the women read roughly 50:50 books written by men and women, for the men the ratio was 80:20. In a much larger study, Cornelia Wilhelmina Koolen of the University of Amsterdam asked 38,000 Dutch people about the books they read: women said they read 52 per cent male authors, whereas the men read only 22 per cent female authors. Women buy books by women and men in roughly equal measure; men chiefly buy books by men. Sieghart has offered an explanation. There is what she has termed, in her must-read book of the same name, an ‘authority gap’: women are statistically and demonstrably less likely to be taken seriously than men – especially by men.

In recent years the Wolfson Prize has changed its format. Instead of awarding the prize to two winners, it names and rewards six shortlisted books and one overall winner. This innovation brings attention to more historians, but it remains the case that, of overall Wolfson winners, by my count 75 have been men and only 22 have been women.

Prizes are an ‘influential way of bringing outstanding writers to the attention of readers’. So says the Women’s Prize for Fiction, which was launched after the Booker Prize shortlist of 1991 included no women at all. Not all prizes can achieve what publishers call ‘market penetration’; there are lots of worthy prizes that don’t move the dial on sales. But, well handled, I believe an equivalent prize – a women’s prize for non-fiction – could bring attention to writing by women that demonstrates excellence, originality and readability. It could help close the gap.

This matters because the perspective of 50 per cent of the population matters and because, unless we ask of history the sort of questions that women ask – as well as those asked by men – we will forever serve up a narrow version of history. But change doesn’t come cheap. So this is a call for support: if you are a funder interested in hearing women’s voices, closing the authority gap and driving the profile and research of women writing excellent works of history and narrative non-fiction, let me know.

Suzannah Lipscomb is author of The Voices of Nîmes: Women, Sex and Marriage in Early Modern Languedoc (Oxford University Press, 2019), host of the Not Just the Tudors podcast and Professor Emerita at the University of Roehampton.