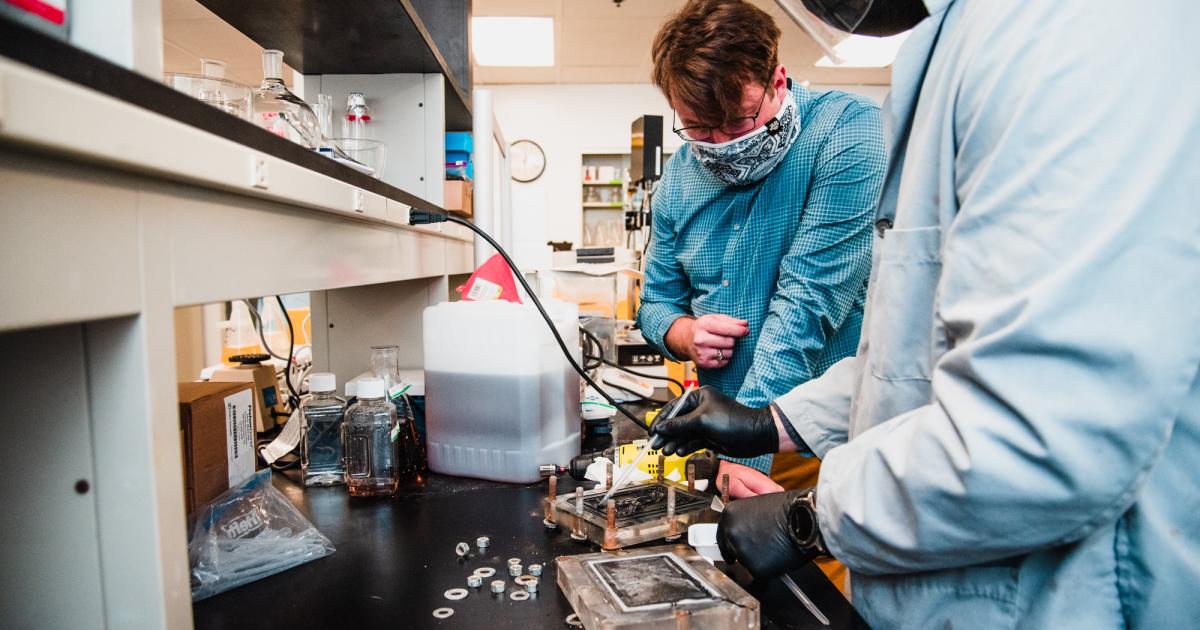 There has been a rich “lode” of news during this young year about schemes and ventures aimed at addressing one of the thorniest technical and supply chain challenges standing in the way of the clean economy transition: the need for more reliable sources of vitally important metals and minerals.

One of the more controversial ideas for addressing this demand is deep-sea mining for the materials in the ocean seabed. And late last week, two automakers — electric truck and van company Rivian and France’s Renault joined a group of companies that have called for a moratorium on this practice and agreed not to use metals or minerals sourced in this manner. The other big names that have signed onto this pledge include BMW, Volvo, Volkswagen, Google and Samsung.

Rivian was responding to pressure from Greenpeace, which called the move a “game-changing one” — for one thing, it recently went public, and for another, it’s expecting to manufacture more than 100,000 electric delivery vans for its biggest customer Amazon between now and 2024. “It shows that those who are shaping the future of the auto industry are no longer willing to accept the old paradigm that technological advancement must come at the expense of our environment,” said Arlo Hemphill, a senior oceans campaigner for Greenpeace USA, in a statement.

So, where do we dig up these critical minerals and metals while doing the least damage possible? That’s a question that hundreds if not thousands of entrepreneurs are trying to solve, including those seeking to extract this stuff from existing devices — running the gamut from phones and computers to solar panels to wind turbines to existing EV batteries — to those seeking to use applied and information technology to extract virgin materials in a much less-intrusive manner.

On Feb. 10, for example, a group of researchers associated with Lawrence Livermore National Laboratory, Penn State and the University of Arizona disclosed that they are working with Western Rare Earths on a process that uses a naturally occurring protein called ladmodulin to extract rare earth elements — scandium and yttrium — from U.S. domestic ore sources and mining waste. Right now, the primary source for these materials is China. Plus, traditional methods of separation tend to have more questionable environmental impacts.

“The prospect of a sustainable, reusable, high-efficiency process that could extra, separate and purify scandium, yttrium and individual, high-value rare-earth magnet metals could revolutionize the industry,” said Marty Weems, CEO of Western Rare Earths, in a statement. “The simplicity we see in the technology could bode well for scaling to industrial production.”

I could doubtless dig up many examples of climate tech startups chasing this space, but this week I’ll go with just two: the $12.5 million Series A infusion this week for Nth Cycle, a metals processing and recycling startup that I highlighted in spring; and the whopping $192.5 million Series B financing for KoBold Metals, an artificial intelligence software company from Berkeley, California, that touts its ability to helping mining companies find minerals supplies more efficiently. KoBold is part of the Breakthrough Energy Ventures portfolio, although the size of its Series A round was not disclosed, according to a spokesperson.

These are obviously two very different companies seeking to address the same issues. Nth Cycle’s pitch is the ability to use electro-extraction to recover minerals, particularly cobalt and nickel, which are in high demand. It can do this both from electronic waste and from low-grade ore that might otherwise go unused. And the technology is modular, which makes it possible to use in locations that would otherwise have been considered too remote or difficult to develop. “The system only sees metal, it doesn’t care if it comes out of a battery or out of the ground,” said Nth Cycle co-founder and CEO Megan O’Connor when I spoke with her last week about the funding.

The identity of the Beverly, Massachusetts-based firm’s latest investors is telling: Aside from its seed investor, Clean Energy Ventures, the backers include co-leads Frankstahl, a European steel distribution company, and Volo Earth, a venture firm in Colorado. Mercuria, a major commodities player in the energy sector, is also part of the new investment group, which also happens to own an interest in a cobalt operation being developed in Idaho.

When I spoke with O’Connor, she said the startup will use the funding to deploy its technology on several new projects — two are focused on working with battery recycling operations and one will be a project in the field. It’s seeking a variety of partners, and is in conversations with automotive OEMs that are keen to establish domestic supplies for EV battery minerals. But she’s not naming names.

One company that is naming names, or at least one big one, is KoBold, which disclosed a partnership with mining giant BHP in September. The two companies will focus first on exploration for cobalt and nickel, starting in western Australia. The company will also use money from that massive new infusion to ramp up exploration efforts beyond current locations in Australia, Canada, Greenland, the United States and Zambia. It has several unannounced partnerships underway, and only works on projects where it has an ownership interest, according to the spokesperson.

What’s so compelling about KoBold’s approach is its ability to identify deposits that aren’t near the surface — allowing organizations to target exploration and extraction more specifically. “We invested in KoBold Metals because their full-stack AI combines decades-old geologic information with new data sources to predict the Earth’s composition and find new deposits of critical battery materials,” said Altman in a statement. “No one else is doing anything like what they are doing.”

Both KoBold and Nth Cycle represent the sorts of innovations that will be necessary to ramp up electrification — of both vehicles and buildings — at the scale we need to accelerate the clean economic transition. But another looming factor has gotten surprisingly little attention to date: the rights to mine in promising locations, and how the owners of that land — often from Indigeous communities — are consulted on the potential environmental impact. A recent Corporate Knights essay ponders that question. And it’s one startups and investors in this space should address thoughtfully as they scale from pilots to projects.