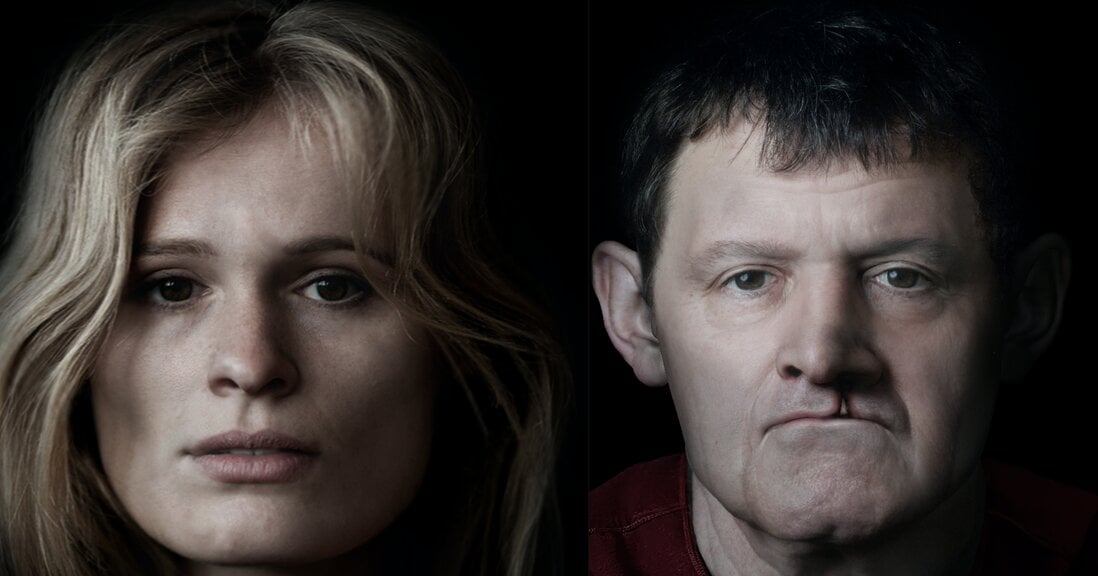 The ability to digitally reconstruct how people from the Middle Ages looked like has greatly improved in recent years. This can be seen in a new project which has helped to reveal three people who lived 700 years ago in Scotland.

The Whithorn Trust and the University of Bradford were among those who teamed up to reveal the faces of three people who were buried at Whithorn Priory in the Dumfries and Galloway region of Scotland. The three individuals – a woman, a cleric, and a bishop, lived between the 12th and 14th centuries.

Using a range of archaeological and forensic science techniques, experts are now reconstructing their past as part of the Cold Case Whithorn project. The most notable person to be digitally reconstructed was Walter of Whithorn, Bishop of Galloway. He had previously been the chamberlain to the Lord of Galloway before becoming bishop in 1209. He died in 1235.

We do not know the names of the other two individuals but some details are available. One was a 14th-century woman who died in her 20s. It is believed that she was of high status, as she was buried near the priory’s high altar on a bed of seashells. The other person was a cleric who had a facial deformity caused by untreated cleft lip and palette.

The forensic method of facial approximation, reconstruction and depiction was applied to 3D scans of each skull by craniofacial anthropologist and forensic artist Dr Christopher Rynn. He comments how this work “entails the use of facial soft tissue depths, musculature sculpted individually to fit each skull, and scientific methods of the estimation of each facial feature, such as eyes, nose, mouth and ears, from skull morphology.”

An excavation of Whithorn Priory between 1957 and 1967 uncovered the remains of various medieval people who were buried there.  National Museums Scotland and Dumfries and Galloway Council museums service loaned the skulls of three medieval people for 3D scanning at the University of Bradford.

Dr Shirley Curtis-Summers, a bioarchaeologist at the University of Bradford’s School of Archaeological and Forensic Sciences, has been involved in the Cold Case Whithorn project in collaboration with the Whithorn Trust and project lead, Dr Adrian Maldonado of National Museums Scotland. Her isotope analysis on some of the Whithorn burials to understand aspects of diet and mobility and selected the skulls for the 3D facial reconstructions.

“My role as a bioarchaeologist is to examine archaeological skeletons to identify indicators of disease and trauma,” Curtis-Summers explains. “I also analysis human bones and teeth for stable isotope analysis, which can inform us about the types of foods people in the past were consuming, and whether they were local to their place of burial.

“I was very excited to be invited by Julia Muir Watt (The Whithorn Trust) and Dr Adrian Maldonado to be part of the Cold Case Whithorn team and be involved in the process of choosing the most appropriate skulls for the 3D facial reconstructions. This project is of huge significance, because while we can never tell the full story of the lives of these medieval people, being able to reconstruct their diet, mobility, and now their faces, allows us to delve into their past and come face to face with them.”

Recent years have seen improvements in the ability to do reconstructions of medieval faces. Chris Rynn was part of a team that revealed the face of a Pictish man who lived for 1400 years ago, while researchers from the University of Bradford were able to show the faces of two medieval people who were discovered at Stirling Castle.

A Face from Anglo-Saxon England

The Face of Richard III revealed