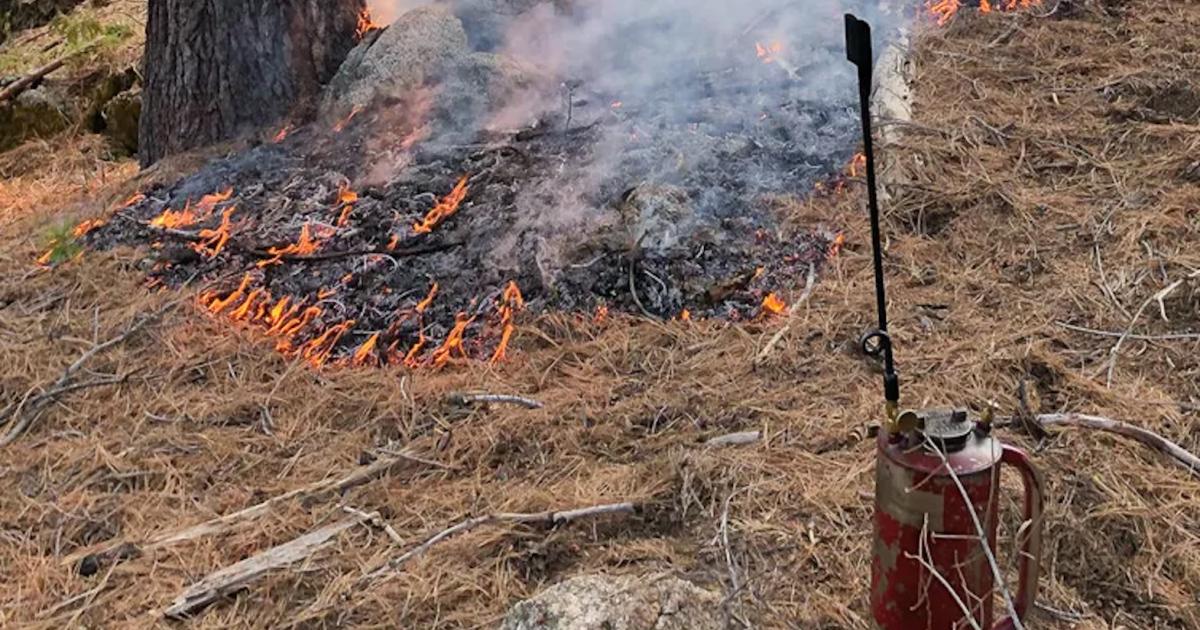 Californians have been concerned about wildfires for a long time, but the past two years have left many fearful and questioning whether any solutions to the fire crisis truly exist.

The Dixie Fire in the Sierra Nevada burned nearly 1 million acres in 2021, including almost the entire community of Greenville. Then strong winds near Lake Tahoe sent the Caldor Fire racing through the community of Grizzly Flats and to the edges of urban neighborhoods, forcing the evacuation of tens of thousands of people — including one of us. Those were only the biggest of the 2021 fires.

As foresters who have been working on wildfire and forest restoration issues in the Sierra Nevada for over a quarter of a century, we have found it painful to watch communities destroyed and forests continuing to burn to a crisp.

The main lesson we gather from how these fires have burned is that forest fuels reduction projects are our best tools for mitigating wildfire impacts under a changing climate, and not nearly enough of them are being done. 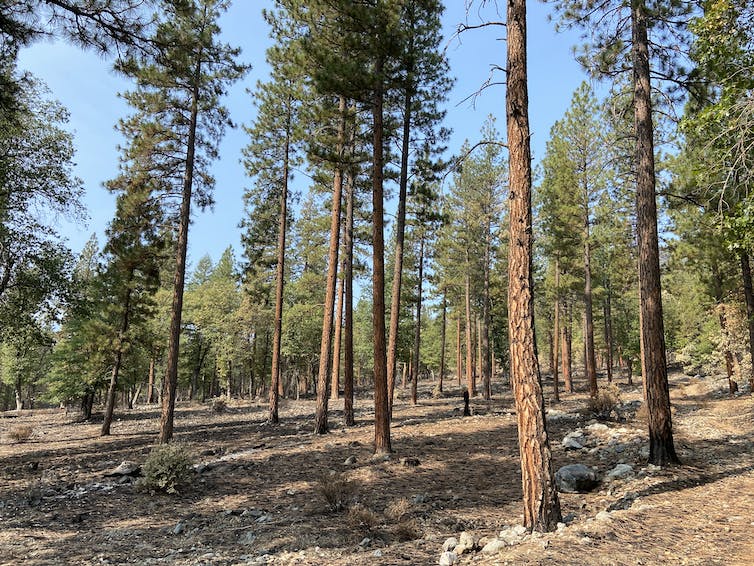 Thinned areas such as this one in California’s Genessee Valley were more resistant to 2021’s Dixie Fire. Ryan Tompkins, CC BY-ND

Two historic policies, in our view, led the western U.S. to the point where its forests have become so overgrown they’re fueling megafires that burn down whole communities.

The first policy problem is fire suppression and exclusion.

Fire is an essential ecological process, and many ecosystems in the West are adapted to frequent fire, meaning plant and wildlife species have evolved to survive or even thrive after wildfires. But most people arriving in California during colonization, both before and after the Gold Rush of 1849, fundamentally misunderstood the nature of frequent fire forests.

Most people arriving in California during colonization fundamentally misunderstood the nature of frequent fire forests.

As state and federal agencies evolved policies on forest management, they considered all fire to be an existential problem and declared war. The U.S. Forest Service kicked off a century of fire suppression in the West after the devastating fires of 1910, known as the “Big Blowup” or “Big Burn,” by implementing the 10 a.m. policy. It aimed for full suppression of all fires by 10 a.m. the day after they broke out.

Native people who practiced prescribed fire to manage forests were removed from their homelands, and burning was criminalized. California made prescribed fire illegal in 1924, and it remained illegal for decades until a better appreciation of its importance emerged in the 1970s.

Past harvesting practices lead to regulations

The second policy issue is the regulatory approach that grew out of past logging practices.

Foresters and early California communities were interested in forests for lumber and fuel wood. They sent the largest — and most fire-tolerant — trees to mills to be turned into lumber, which was used to build California’s cities and towns.

Poorly executed logging in some areas led to concerns from residents that forest cover and habitat was shrinking. As a result, state and federal regulations were developed in the 1970s that require managers proposing forest projects to consider a “no action alternative.” In other words, maintaining dense forest habitat in the long term was considered a viable management choice. 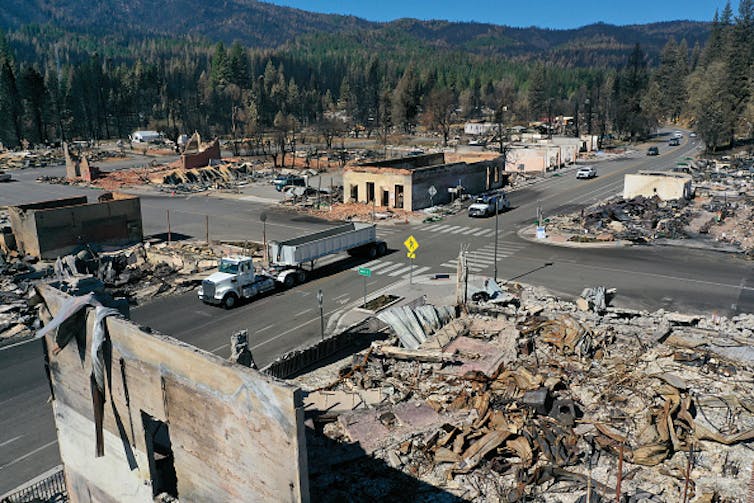 On private land, few owners today thin the forest to levels that would mimic the more fire-resilient forests found in the Sierra at colonization. The California Forest Practices Act until recently required replanting after timber harvest to levels much more dense than were found at colonization. In other words, our current regulatory framework promotes maintaining high levels of forest density, when much more drastic removal of vegetation is needed.

Taken together, these policies have promoted 21st-century forests that are younger, denser and more homogenous — making them vulnerable to increasingly severe disturbances such as drought, insect outbreaks and fire. This new reality is exacerbated by a changing climate, which turns the regulatory assumption that active and widespread forest management is riskier than no management on its head.

Just as forests have changed, so too have the agencies that manage and regulate them. The U.S. Forest Service has seen its budgets for fighting fires balloon while its capacity to proactively manage forests has been shrinking. The California Department of Forestry and Fire Protection, known as CAL FIRE, has also seen large increases in firefighting budgets, although the state legislature has recently moved to increase fire prevention funds, too.

Living in communities threatened by wildfires this summer, we are very grateful to firefighters who have saved our homes. Yet we also are concerned that more large, high-severity wildfires burning across the landscape mean less funding and staff will be available for proactive fuels reduction projects such as forest thinning and prescribed fires. 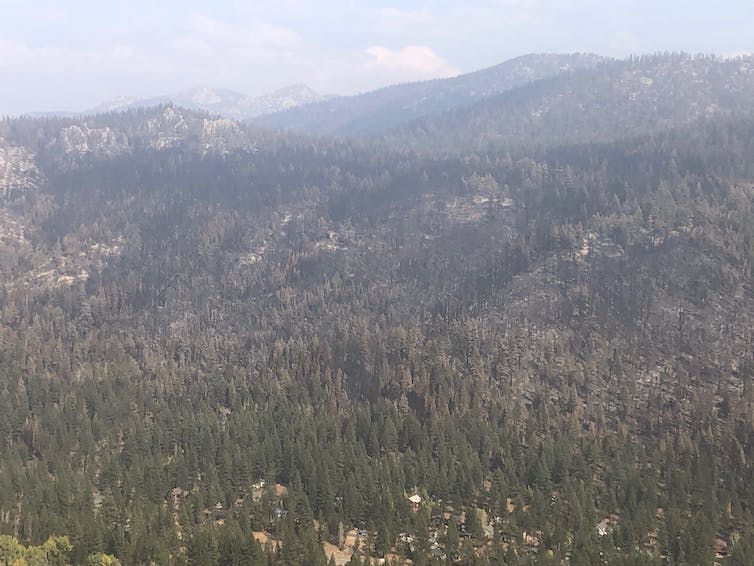 The Caldor Fire burned on both sides of Christmas Valley, but was stopped from burning into the community by firefighters using areas where fuels were reduced before the blaze. Susie Kocher, CC BY-ND

How do we get out of this mess?

The Dixie and Caldor fires that destroyed Greenville and Grizzly Flats provided evidence that forest fuels reduction projects can work.

Both fires burned less severely in areas with proactive forest restoration and fuels management projects, including near South Lake Tahoe and near Quincy.

Fuels reduction projects include thinning out trees, burning off woody debris and reducing “ladder fuels” such as small trees and brush that can allow fire to reach the tree canopy. They create more open forests that are less likely to fuel severe megafires. They also create strategic areas where firefighters can more easily fight future blazes. And, because fires burn less intensely in thinned forests, they leave more intact forest after a fire for regenerating new trees and sequestering carbon. Prescribed fires and managed ignitions paid huge dividends for containing the Dixie and Caldor fires. 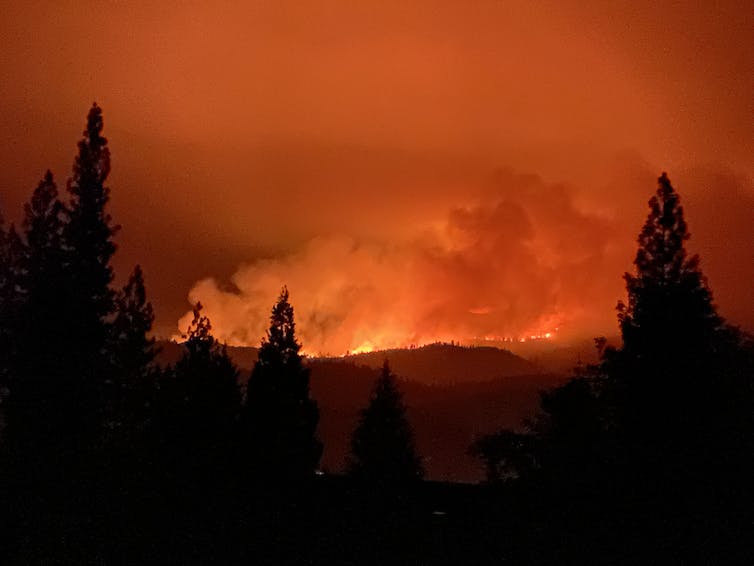 During the Dixie Fire, firefighters used an area that had been strategically thinned in the past to set backfires to prevent the wildfire from spreading into the community of Quincy. Ryan Tompkins, CC BY-ND

To manage fires in an era of climate change, where drier, hotter weather creates ideal conditions for burning, experts estimate that the area treated for fuels reduction needs to increase by at least an order of magnitude. We believe government needs to accomplish these four things to succeed:

Under a changing climate, we will have to learn to coexist with wildfires in the U.S. West, but this will require concerted action and a cultural shift in how we view and manage our forests and communities to be resilient.