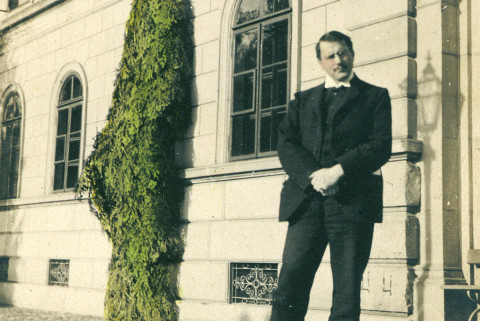 Orna Ophir starts her captivating history of schizophrenia with a story about the first schizophrenic person she knew. When the author was 16 years old she met Orlean, then 19, who had been diagnosed with ‘a mental breakdown’ following the end of relationship. Orlean was an in-patient in a psychiatric hospital and had ‘a very strange expression on her face, as if she were there with us, but uncannily also absent’. Orlean’s story – she would die aged just 42, from complications with her medication – is one of many that populate this thoughtful and compassionate account of serious mental illness and the various attempts to categorise and contain the people who have lived with the uneasy and shifting diagnosis of schizophrenia.

The book blends Ophir’s experience as a clinician and psychoanalyst with a chronological history to tease out a range of vexed questions about what it means to be ill and the role of both patients and medical professionals in the definition and treatment of madness. Ophir moves from Greek attempts to understand ‘mania’, to the Bible, to 19th-century psychiatry and the first edition of the Diagnostic and Statistical Manual of Psychiatric Disorders published in 1952. There’s a thoughtful chapter on the Hearing Voices Movement, which began in the 1980s with the aim of challenging the assumption that auditory verbal hallucinations are necessarily a characteristic of mental illness.

Schizophrenia is a complex subject and, as a result, this is a complex book. At its heart is a central pair of questions: what is schizophrenia and what is mental illness? This is not just an academic puzzle, but a live contemporary debate, one with real ramifications for both patients and their doctors, as researchers and activists deliberate over the usefulness of the word, first used as a classification by the Swiss psychiatrist Paul Eugen Bleuler in 1908 (exactly one century, as Ophir tells us, after the first use of ‘psychiatry’ in 1808). Is schizophrenia, she asks, ‘a thing’ of a ‘natural, biological … kind?’ Or is it instead a ‘loose category,’ a ‘phenomenon to be understood as a matter of degree, as part of a broader spectrum, a scale or continuum?’

Time and again Ophir returns to the question of whether schizophrenia as a term, or even as a diagnosis, is helpful or accurate. ‘While in the late 1960s Tony Wilson could be diagnosed with paranoid schizophrenia, coded 295.3 by the 1968 version of the American Psychiatric Association’s DSM-II’, she writes, ‘this diagnosis is no longer permitted by the newest version of the manual. Is this to say that there are no longer any “paranoid schizophrenics” among us?’

Ophir is, of course, not the only person to have considered this question. One of the book’s strengths is its openness about not having answers. Ophir is committed to magnifying the words and experiences of people living with a schizophrenia diagnosis, but she does so from a clinician’s point of view. As such, Schizophrenia: An Unfinished History should be read alongside accounts written by people who hear voices or have experienced psychosis. At the end her book Ophir discusses the work of Anke Bueter, a Danish philosopher of science who suggests that patients’ knowledge should be taken into consideration in the efforts to revise and rename psychiatric diagnoses. Not only do patients know best, but it is they ‘who must live with the name’.

Agnes Arnold-Forster is the author of The Cancer Problem: Malignancy in Nineteenth-Century Britain (Oxford University Press, 2021).