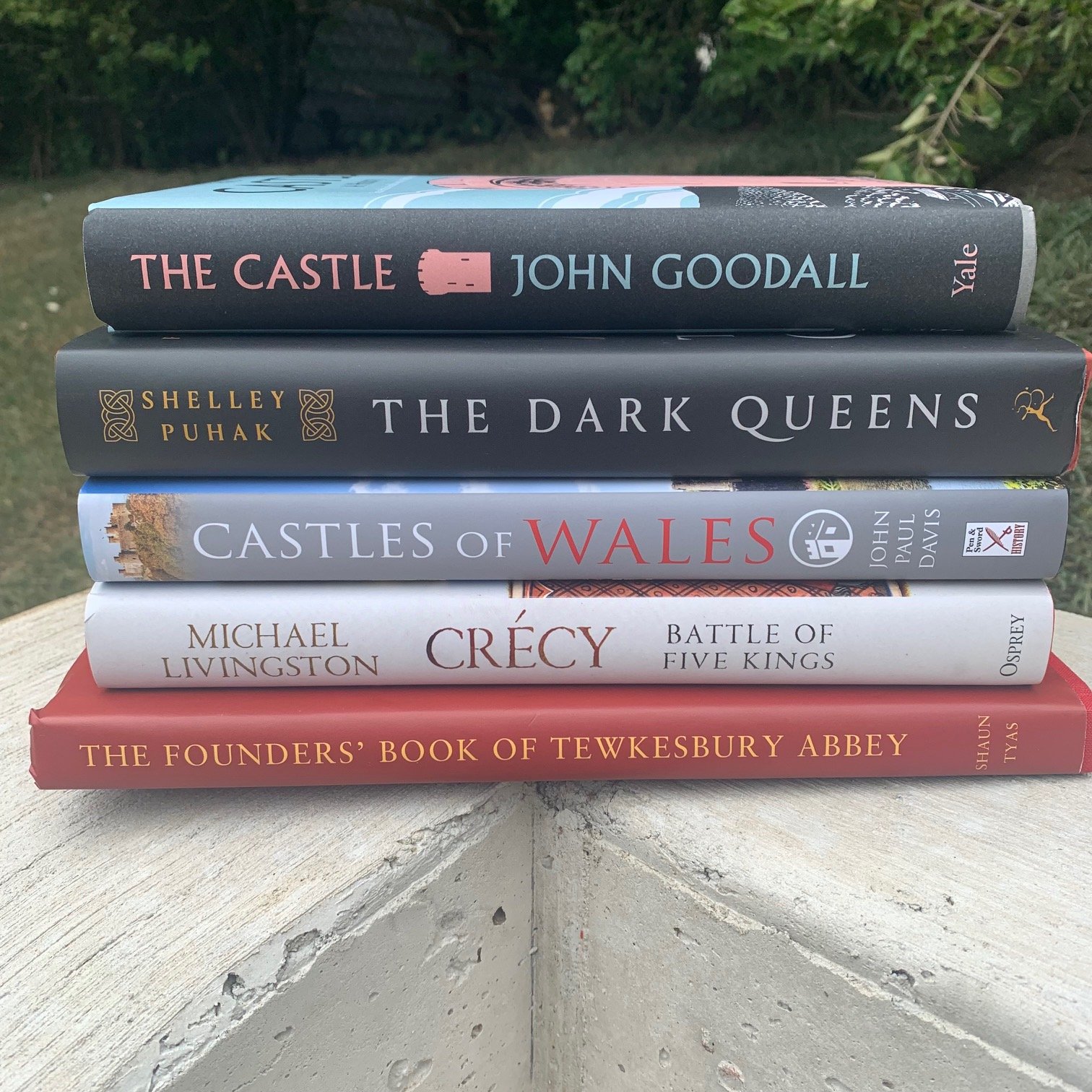 Five new books about the Middle Ages, focusing on England, Wales and France.

The Castle: A History

Excerpt: The central purpose of this book, therefore, is to present a short and engaging history of the castle rooted in historical sources that runs from the Middle Ages to the present day. It’s intended – like the gatekeeper’s shocking encounter with the body of a child – to reveal unexpected aspects of these buildings and challenge the reader’s expectations. Forming its backbone are a selection of quoted texts, arranged in chronological order, from across the whole canvas of English History. They either tell stories about castles or take place against a backdrop, and are drawn from a wide variety as sources including administrative documentation, chronicles, poems, building accounts, letters and sermons.

The Dark Queens: The Bloody Rivalry that Forged the Medieval World

Excerpt: During their lifetimes, they grabbed power and hung on to it; they convinced warriors, landowners, and farmers to support them, and enemies to back down. But like so many women before them, the inconvenient fact of their success was blotted out, and their biographies right along with it. Among the chroniclers and historians who did make note of them, Brunhild and Fredegund were dismissed as minor queens of a minor era. And yet the empire these two queens shared encompassed modern-day France, Belgium, the Netherlands, Luxembourg, western and southern Germany, and swaths of Switzerland. And they ruled during a critical period in Western history. Janus-like, they looked back toward the rule of both the Romans and tribal barbarian warlords, while also looking forward to a new era of feudal nation-states.

Excerpt: Wales is a land littered with historic fortifications. In common with its old enemy to the east, no matter where one ventures, there’s rarely any shortage of Iron Age hill forts, Roman ruins, or pre-Norman settlements around which the history enthusiast can enjoy a leisurely ramble. This is equally true of the post-Norman: no fewer than 600 castle sites have been recorded in Wales and the Welsh marches.

Excerpt: Crécy: Battle of Five Kings is the battle of Crécy as we know it now. My primary aim in this book is to create an accessible and accurate story of this astonishing conflict – telling not just what happened but why it happened. My secondary aim is to tell a story about the present – how we have learned that so many of those famous myths about Crécy aren’t true.

The Founders’ Book: A Medieval History of Tewkesbury Abbey

Excerpt: When the monks ejected in January 1540, Tewkesbury Abbey’s church with its stained glass, sculpture and tombs were slated by Henry VIII’s agents for demolition. However, with a commitment rarely seen elsewhere, the parishioners purchased the building from the Crown and saved it. Their practical, robust sense of pride lives on today, and it nourishes an unusually high degree of local interest in the Abbey: Tewkesbury people tend to know a lot about their town’s history. Realizing this, the contributors to this book have tried to cater to readers who know a lot but wish to find out more as well as those with little or no prior knowledge of medieval Tewksbury. The volume is also intended to serve scholars, who will want Latin texts with their notes and technical apparatus found in a catalogue of heraldry. Ultimately, however, the essays are ancillary to a facsimile which can be enjoyed by anyone interested in the manuscript and those who made it. In short, we hope this book will appeal to a wide range of readers, and with luck encourage some of them to make their own contributions to knowledge of the Abbey.

You can also buy this book on Amazon.co.uk