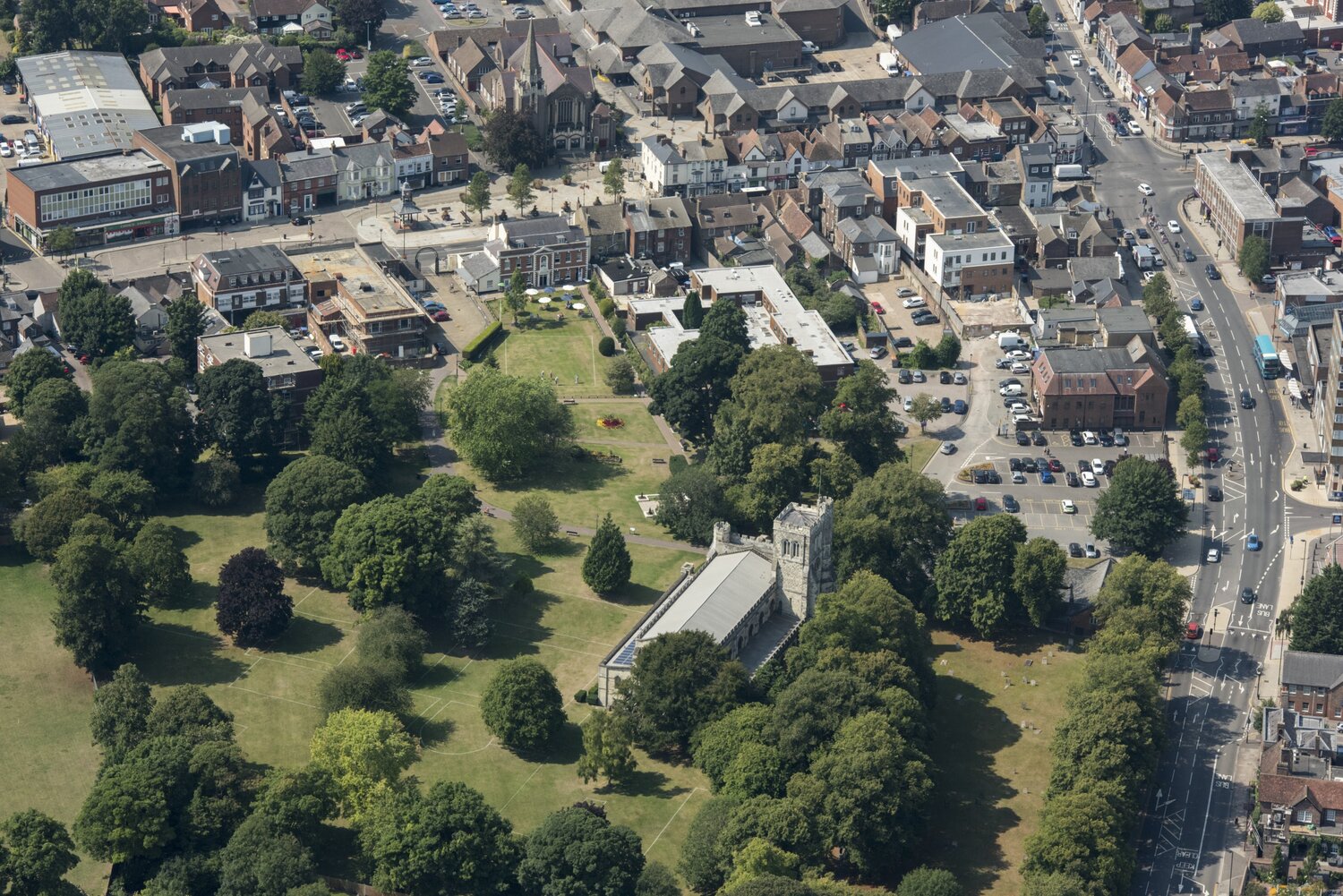 Historic England has published a survey giving fascinating insights into Dunstable Priory, a monastery founded by King Henry I around the year 1132. It reveals that the church was grander and more elaborate than originally thought.

Historic England’s Ground Penetrating Radar survey, carried out in May last year, revealed new information about the layout of the east end of the original monastic church. In the area between the east end of the existing parish church and the lost Lady Chapel, where the annulment of Henry VIII’s marriage to Catherine of Aragon was agreed, a buried, curving ditch and section of wall was seen. The ditch and wall suggests that the aisled presbytery, east of the crossing tower, had an apsidal or rounded end leading to the Lady Chapel.

It is likely evidence of a stone arcade, separating the presbytery from the ambulatory – a walkway containing the aisles around the curved eastern end – a common feature in cathedrals and large churches. It places Dunstable Priory amongst the grandest Augustinian houses of its day.

“The Dunstable Priory was of significant importance during the medieval period and is a key part of Dunstable’s heritage,” comments Cllr Peter Hollick, Chair of Community Services for Dunstable Town Council. “It’s wonderful that Historic England were able to undertake this new survey work, to help the town and others learn more about this part of the Town’s history.”

The Ground Penetrating Radar Survey confirmed the findings of an earlier survey undertaken by the Manshead Archaeological Society by revealing the buried outline of the Lady Chapel and details of the buttresses along the north and south walls. It also suggests that the floor of the Lady Chapel survives and may contain graves or memorial stones.

The survey results will help inform the development of the Dunstable High Street Heritage Action Zone, which is run in partnership by Dunstable Town Council and Historic England.

The High Street Heritage Action Zone focuses on High Street South. Part of the high street originally formed the western boundary of Dunstable Priory’s precinct. This new research shows the clear historical link between the development of the Priory and High Street South.

“The High Street Heritage Action Zone provides a great opportunity to learn more about the fascinating history of Dunstable’s medieval priory and its buried remains which lie at the heart of the town,” says Sarah Newsome, Acting Manager, Archaeological Survey and Investigation (South and West), of Historic England.

Sarah, along with Matt Bristow and Dr Neil Linford, will be talking about these research findings, and the life of the Dunstable Augustinian monks, on 30 April at Priory Rocks: The Hidden History Behind Priory House and Priory Church. The event is free of charge; booking is essential. Click here for more details.