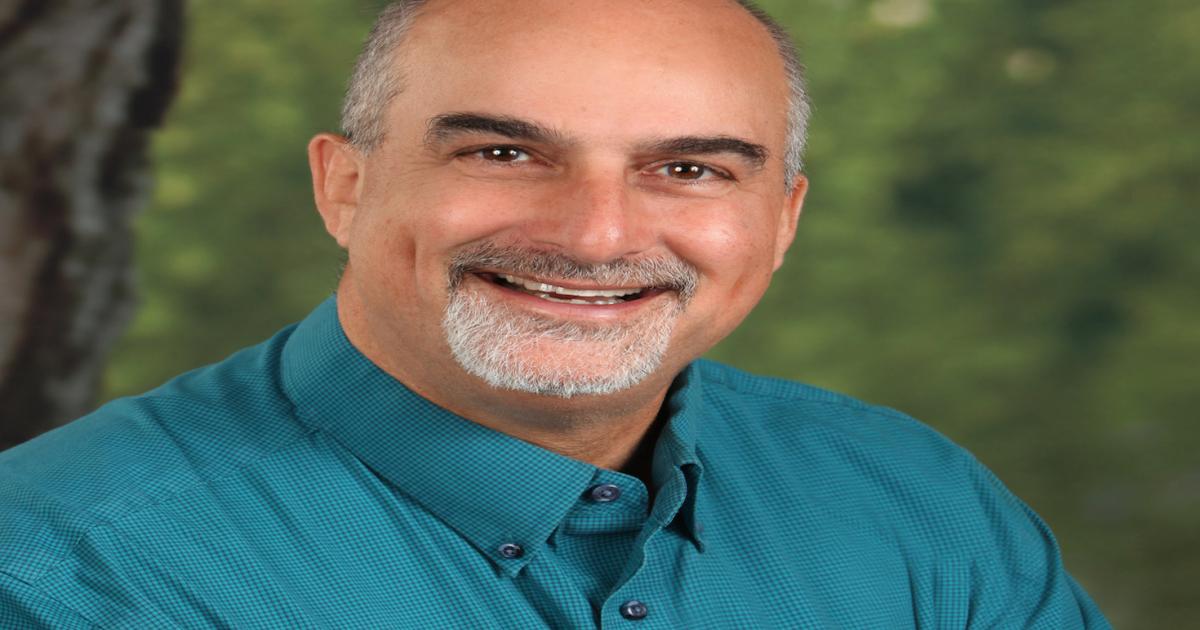 New York state is going all-in on clean energy and electrification — on paper anyway — but meeting the state’s ambitious climate targets won’t be an easy task in the city that never sleeps. With an electric grid that serves more than 8 million people and little vacant land to spare, transitioning New York City to clean energy while at the same time electrifying its homes, industry, skyscrapers and vehicles is a tricky undertaking that will require a patchwork of renewable energy sources and a lot of battery storage.

David Arfin, a pioneer in the realm of solar financing, co-founded the company in 2015 as Certain Solar, with the plan of building on his work as the originator of SolarCity’s popular lease financing for rooftop panels. The startup then pivoted, twice — first to community solar, then again to community-scale energy storage. After developing a couple of fuel cell projects with Bloom Energy that were acquired by Catamaran Renewables in 2020, NineDot now focuses on systems that use lithium-ion batteries.

The company is placing these systems on small, vacant or underutilized plots of land in various strategic locations around NYC’s outer boroughs and Long Island, where they will feed energy to the grid during peak usage times in places where electricity is in high demand.

What’s neat about vehicle-to-grid is we can put the vehicles where the grid needs them most.

In January, the company and fellow clean tech startup Fermata Energy, a vehicle-to-grid technology provider based in Charlottesville, Virginia, landed more than $100 million from private-equity firm Carlyle, which will help finance a pipeline of these projects with the end goal of 400 megawatt-hours of storage by 2026. And in April, NineDot won an additional $250,000 in funding as one five startups selected for the 10th cohort of the Wells Fargo Innovation Incubator (IN2), a program funded by the Wells Fargo Foundation and co-administered by the U.S. Department of Energy’s (DOE) National Renewable Energy Laboratory.

The IN2 financing is helping to fund NYC’s first vehicle-to-grid pilot in Brooklyn, in partnership with Fermata and Revel, a Brooklyn-based electric mobility startup. The pilot, which is set to go live as soon as final permits are issued, will include three bidirectional electric-vehicle chargers attached to three Nissan Leafs, which will supply nearly 50 kilowatts to the grid managed by electric utility Con Edison — enough to power 50 homes.

Battery storage projects such as NineDot’s will play a vital role in decarbonizing New York City’s electric grid. New York state has committed to 100 percent clean energy by 2040 and, as a whole, more than half the electricity the state produced in 2020 was carbon-free, thanks largely to upstate nuclear plants and hydro dams. In fact, “upstate New York,” or everything north of the Hudson Valley, runs on nearly 90 percent carbon-free energy, while “downstate” — NYC, Long Island, Westchester County and the Hudson Valley — stand in stark contrast, with fossil power currently providing about 70 percent of the electricity.

New York state recently doubled its 2030 energy storage target to 6,000 megawatts, quite a jump from the 130 MW currently operational, and the 1,240 MW under contract. This storage will be necessary to support the offshore wind and upstate hydro and solar power that will need to be pumped in to serve NYC.

I recently spoke with Arfin about the future of clean energy in New York and beyond, as well as how NineDot came to be and where it’s headed. The following conversation has been edited for length and clarity.

CJ Clouse: Tell me a little about how you got started in solar and your time at SolarCity.

David Arfin: I got interested and involved in the clean energy sector in 2006, after I saw the “Inconvenient Truth” documentary with Al Gore. I saw there was a need to do something for our planet, and an opportunity for businesses to make a difference.

Clouse: So you actually did more than just change your light bulbs after seeing that movie.

Arfin: I did. In fact, I knew almost nothing about clean energy or kilowatts or megawatts or investment tax credits before that. I started doing some research after seeing the movie. And later, I joined SolarCity and created the first solar leasing product. We did the first tax equity deal for residential solar with Morgan Stanley. And then after that, I ran strategy and government affairs and M&A for SolarCity before they were acquired by Tesla.

Clouse: How long were you there?

Arfin: Four years. And fun fact: Elon Musk interviewed me for the job. Back in the early days, I was the first “adult” hired at SolarCity. The co-founders, Peter and Lyndon Rive, are Elon’s first cousins. So there were board meetings, but the decisions might have happened when the cousins were either chatting on the phone in an informal way or going to Burning Man together or kite surfing in Hawaii. … Who knows when the decisions were made. But it was a close-knit circle of some very impressive people. Lyndon and Peter are very impressive. And it was a really exciting, fun, challenging and exhausting run.

Clouse: You also originally founded NineDot as a solar company. When did the focus change, and why?

Arfin: Originally, we were going to improve residential solar PPAs [power purchase agreements]; we wanted to create more certainty for the energy buyers and help grow the market. So I had an idea for how we can better allocate risk between the energy purchaser and the developers that were installing the systems. We got a $490,000 matching grant from the DOE. And it turns out that we had a product that would’ve been really great for the market in 2012 and 2013, but by the time we were rolling it out it was 2016, 2017, and there had been major structural changes in the residential solar market.

So like entrepreneurs do, you take the new set of circumstances, and you say, ‘Alright, how else can we achieve our goal?’ In our case, the goal was to create cleaner, more resilient energy solutions without asking purchasers and subscribers to do too much. That led us to community solar, but that became a crowded field as well. So we took the lessons we’d learned, and we discovered a better product fit for the urban energy market, where, and especially in New York, there’s not an excess of land. You can’t put in a 40-acre solar field in Brooklyn or Manhattan.

Clouse: How will your community-scale energy systems fit into the overall grid?

Arfin: As we start getting large offshore wind and hydro power from upstate, those tend to produce energy at night, which is not when we need the load. Urban areas need the load on those hot summer days between 2:00 and 6:00 in the afternoon, when everyone’s air conditioning is running, and our electric system is most challenged. And to meet this demand, the grid has used peaker plants, typically old plants with giant smokestacks going 300 feet up in the air, belching out all kinds of pollutants. These are both economically and energy inefficient. So essentially we’re providing small-scale clean energy peaker plants in various places.

Clouse: And how have you financed your R&D? Because the Carlisle funding was your first private investment, no?

Arfin: Yeah, it was. We initially got the matching grant from the DOE, for the fuel cell projects we did with Bloom Energy, and we also had some interim financing from the New York Green Bank. But beyond that we did it the old-school way, we bootstrapped the company and mostly self-financed it. Now we’re going from having a very small team of two full-time and three part-time employees to 25 full-time people within the next year. So we are scaling up. We are recruiting.

Clouse: How many projects do you have going right now?

Arfin: We have about a dozen that are either completed or under construction. We have two projects that have been completed and are operating on Staten Island. Then we have two sites in the Bronx that will go live in the summer, and the rest will be online within a year.

Clouse: And they’re all in the New York City and Long Island area?

Arfin: Yes, right now we’ve just got our heads down developing projects here in New York City. Later, we plan to expand into other areas of New York state, and then we’ll see if the right policies are in place to put these systems in other geographic areas. All grids have similar problems, and we’re probably going to see this very soon and very dramatically in Texas again this summer, when there are just spikes in demand and there’s not enough supply, and prices in that unregulated market go through the roof and beyond. We saw what happened last year with the freeze in Texas. Anyway, I think what you’ll find is there will be the need for distributed storage in various places, but what we don’t know, and what we’ll be following closely, is where the policies are in place to support it.

Another key piece in all of this is whether the utilities choose to execute on whatever grand policy statements they make. The people at the top may create these visions, but the engineers on the ground have to do interconnection studies and line servicing and make sure the substations can support the charge and the discharge — that’s where it gets challenging. This is why we’ll pick areas based on how hospitable the state policies are, as well as how easy the utility is to work with.

Clouse: What other states do you have your eye on?

Clouse: So tell me about the vehicle-to-grid pilot project you’re doing in Brooklyn.

Arfin: It’s very promising what we can do in the vehicle-to-grid space in New York City, where the peak demand times are quite predictable, and we know when we want to be charging and when we want to be discharging batteries. And that’s true whether it’s large standalone batteries or a bunch of EVs. What’s neat about vehicle-to-grid is we can put the vehicles where the grid needs them most. So the pilot is meant to prove the concept, that we can do this with a few vehicles, and later we’ll scale it up with more EVs in more parking lots. Because when those EVs aren’t being driven, their batteries can provide a large infusion of energy to the grid.

Clouse: From what I understand, there are a lot of electric fleet vehicles in the pipeline that could be very useful in this way in the future. If you think about something like electric school buses, which aren’t used at all during the summer, instead of just sitting there, they could supply electricity.

Arfin: Yes, but there’s still a lot that has to happen to make this a reality. The governor [New York Gov. Kathy Hochul] has said that for school buses the goal is to transition to 100 percent electric by 2035. But that’s not going to happen unless the utilities work with the private sector and the government to have fast interconnection studies done and actually do the work so fleet owners know what the cost of interconnection is going to be and how much electricity will cost when the buses are charging. It’s a wonderful vision, and we’re supportive of Governor Hochul’s initiatives, but it’s not obvious yet how it’s going to work. This hasn’t been done before, and there needs to be, in our view, a very customer-focused approach from any utility trying to solve these problems. ConEd is saying the right things, and we hope that we can work with them through this process. And if that’s the case, we’ll be able to deploy tens of thousands of vehicle-to-grid stations in New York.