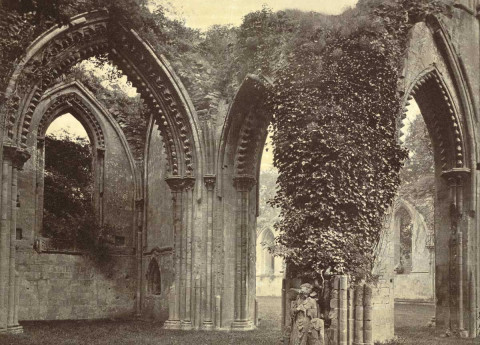 On 4 August 1540 Thomas Epsam, a former Benedictine monk at Westminster, was brought before the justices at Newgate. He had been a prisoner for three years, but still ‘he wold not aske the kynges pardon nor be sworne to be true to him’, the chronicler Edward Hall wrote. Epsam was publicly stripped of his monk’s cowl. He was, Hall said, ‘the last Monke that was seen in his clothing in Englande’.

Five years earlier there had been some 850 religious houses in England and Wales and perhaps 10,000 monastics. Now there were none. How that happened is the subject of James G. Clark’s monumental The Dissolution of the Monasteries. It has been decades since we last had a history of the Dissolution and Clark has made excellent use of recent research, including archaeological reports, alongside his own exceptional and extensive work in the archives.

English monasticism had been in good health. The first few decades of the Tudor peace saw a spate of new building. Tudor patrons were increasingly involved in the management of houses, in stewardship and appointments and so forth. Henry VII’s projected family chantry, centred on Westminster but involving 30 churches across the country, was a powerful statement of royal affinity with the historic monastic orders of England. Recruitment was buoyant: even as late as the winter of 1539 a great abbey like that of St Werbergh in Chester could boast five new novices.

Religious houses weren’t merely the oldest buildings in any landscape, they had made the landscape as people knew it. Monasteries had laid out the fields, grubbed out the woodlands, built the roads, the bridges, the ferries. Towns and cities were shaped around them: how the streets and water courses were configured, where the markets met and on what terms.

These were institutions deeply embedded in every aspect of life, which is why the drive for greater separation of the worldly and the spiritual – derived from the humanist belief that Christianity had moved too far from patristic authority – was so corrosive. Monastic houses were complex societal entities as much as they were devotional spaces. It was antithetical to their nature to cleave those functions apart.

Which is not to say that humanism’s promise of renewal was inimical to monastic ideals. It is possible to see the outlines of a different future for English monasticism in which religious houses were in the vanguard, leading a rebirth of religious life through education. More monastics passed through university in the last three decades of English monasticism than in the previous 150 years.

It has suited both Protestant and Catholic historiography to believe that the Dissolution was part of a great struggle, a considered, decisive and strategic blow by the new order against the old. But, as Clark makes clear, there was no grand plan. The Dissolution emerges not as an active policy but a long, complex series of decisions and indecisions, with consequences both intended and unintended, barely overseen by a weak and indecisive centre. Monastic reform, Clark writes, was merely ‘another of the many moods that washed over policy’.

As often as not it seems to be Thomas Cromwell’s agents on the ground who drove the process. Clark manages the difficult task of making the reader sympathise with at least some them, overwhelmed by their responsibilities, charged to undertake duties that no one had thought through, with little experience, often at their own expense. Ingworth’s plea for guidance from Cromwell in July 1538 – ‘I artely beseche you send to me yowr pleasure whether ye will have ye … freers styll … or nott’ – is plaintive. Five weeks later, he was still waiting.

Why then did monasticism fall? Clark’s position is ultimately that the monastic houses were doomed by a range of factors, most but not all triggered – often unintentionally – by government action: by the depletion of their income, by local and state-level interference and the depredations such interference entailed, by institutional loss of control, and so on. Which is to say, they were not doomed at all, but circumstances made it so.

Clark pursues his arguments through the meticulous accumulation of detail, much of it new, resulting in a nuanced portrait of individuals and institutions grappling with intractable problems in a time of great turmoil and change. This reader would have welcomed a fuller account of the spiritual and religious life of English monasticism in what turned out to be its final decades. Its absence here is a pity. Still, this is quite simply the best history yet written on English monasticism in the 16th century, and it will surely remain so for years to come.

Mathew Lyons is author of The Favourite: Ralegh and His Queen (Constable, 2012).