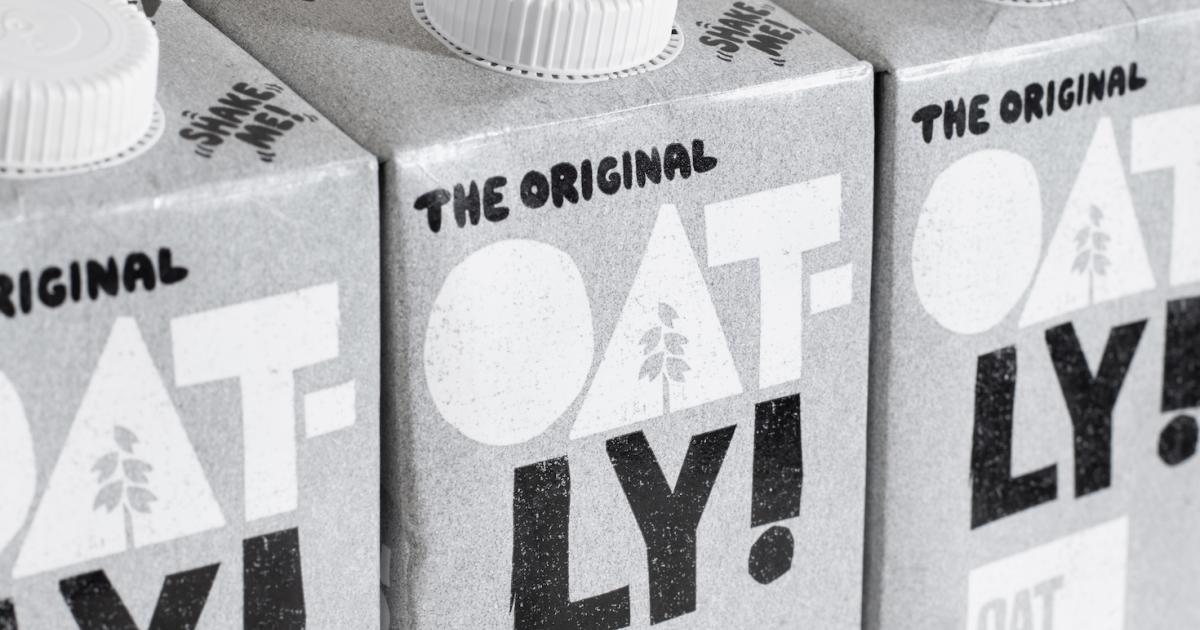 You’d be forgiven for thinking that most of what farmers grow in the United States are crops for food.

It’s the stereotypical image that pops in many Americans heads when someone says the word “farmer” — someone in the Midwest, probably older (the average age of a U.S. farmer is 57), probably white and probably a man, sowing the seeds of wheat for our bread, oats for our oatmeal and corn for our backyard cookouts.

In reality, most U.S. farmers produce corn and soy for biofuel and animal feed, not humans. According to a paper from University of Minnesota’s Institute on the Environment, only 55 percent of crops are grown for human consumption. And a map from National Geographic shows that in the U.S., that mix is even more heavily slanted towards feed and fuel production.

The reason for that is pretty simple: Corn and soy are more profitable and are subsidized heavily by the government. So the plant-based milk darling, Oatly, is stepping in to become and create a support system for farms growing other crops and simultaneously creating a local oat supply chain for its production while helping farms become more sustainable.

“We decided to create a pilot and ask the question: What would it take to incentivize farmers who are part of the corn system in the American breadbasket to integrate a crop like oats into their rotation?” said Julie Kunen, director of sustainability at Oatly.

Oatly partnered with two nonprofits, Practical Farmers of Iowa and the Sustainable Food Lab, and an oat miller in Northern Iowa, Grain Millers, to help farmers add oats and a cover crop into their rotations of corn and soy. The 2021 season, summer to late fall, was the last year in their third-year rotation, finishing the cycle of each crop: oats; cover; corn; and soy. In 2021, 14 farmers sold 1,270 acres of grain to Grain Millers, about 104,000 bushels of oats. (A bushel of raw oats is about 32 pounds.) Ten farmers and over 1,000 acres have already been enrolled in the program for 2022 oat harvest.

Oatly is supplying grant funding for the farmers to start growing oats and is promising to buy the oats after they are harvested. This guarantee helps offset the economic pressure to grow corn and soy, which sell for a higher value, up to two to three times as much per bushel compared to oats, according to Kunen.

“I’m not going to be Pollyannaish about it,” Kunen said. “The economics are really hard. [The farmers] don’t make as much money. We provide some safety in terms of there being a market, but they can sell the corn and soybean for a higher price. So that’s been a challenge.”

Another leg of support for the pilot is the free agronomic education from the Practical Farmers of Iowa as the farmers push into the unknown territory of oats.

“We’re continuing to share in the risk of adding a new crop when there’s not a ton of infrastructure to support it,” said Lydia English, field crops viability manager at Practical Farmers of Iowa.

Fifth-generation Minnesotan farmer Martin Larson praised the nonprofit as a phenomenal resource that helped him get to where he is on oat cultivation today.

“Anytime you step out of what you’ve been doing as a farmer, we have this apprehension that really you only get this one chance,” Larson said. “You don’t get to be like, ‘I screwed it up. Let’s do a do-over on this year.’ We can’t redo it.”

And according to Larson, it’s been very difficult to step outside of his comfort zone of corn and soy because of the heavy subsidies and assured high prices.

“You give up a lot of the protection that you have under the corn and soybean system,” he said.

This is where bringing in the mill as a partner was critical to making farmers comfortable dipping their toes in a new crop. Oats are a unique crop when it comes to food production. Unlike corn and soy, where the varietals grown for feed or biofuel are completely different from the ones grown for human consumption, for oats, it’s the same plant but the oat has to make a certain weight to be qualified for food versus for feed. Making these grades depends a lot on the weather during the growing season. It also hinges on tricks of the trade only learned by growing oats for a few seasons and knowing when to plant, when to spray with fungicide, when to water, etc.

Oatly’s mill partner, Grain Millers, is promising to find buyers for any of the oats grown in the Oatly-farmer partnership that don’t make food grade and thus can’t be purchased by Oatly.

“It’s not uncommon for me to get calls from farmers [not in the Oatly program] that are like, ‘I wouldn’t mind planting [oats] again, but I still have last year’s oats and I can’t get rid of them,'” English said. “So having that security that no matter you’ll have a place to sell them is really important for someone to want to take acres out of corn or soybeans where they know that they can sell those and instead add in something new.”

Larson agreed that having the mill’s buying guarantee gave him a comfort level to dive into planting oats. He is up to about 150 acres of oats on his total land of about 700 acres.

Even food-grade oats sell at a lower price than corn and soy, but with the guarantees from Oatly and the sustainability benefits, some farmers are deciding it’s worth taking the profit cut on these acres.

The sustainability benefits of oats

What’s so good about adding oats to a farm from a sustainability perspective? According to English and Kunen, just having more biodiversity on farms brings great ecological benefits. By lengthening the crop rotation period, you can break pest cycles, ease planting and harvesting pressures by having more staggered seasons throughout the year. That often results in better soil health, meaning farmers can use less fertilizer.

Beyond those general benefits, oats are a particularly good crop for soil health and water quality, according to Larson.

Oats are phenomenal for groundwater health.

“Oats are phenomenal for groundwater health,” Larson said. “Oats have a deep rooting system. They’re fibrous, and they’re intertwined. It’s the kind of rooting structure that can gather nitrates and hold on to it.” Unlike corn, a nitrogen-leaky crop.

According to Larson, if you grow corn crop after corn crop, groundwater below the rooting zone of corn will contain nitrate levels over twice the drinking water standard. Larson has seen this firsthand with a shallow well on his farm. The water dropped from 12 parts per million (ppm) of nitrates to under 3.8 (ppm) after his oat rotations.

But even with environmental benefits on the pro side and the economic pressures on the con side, it’s the simplest thing that makes growing oats desirable for these farmers.

“It was important to me that I was growing food again and that was rewarding for me,” Larson said.