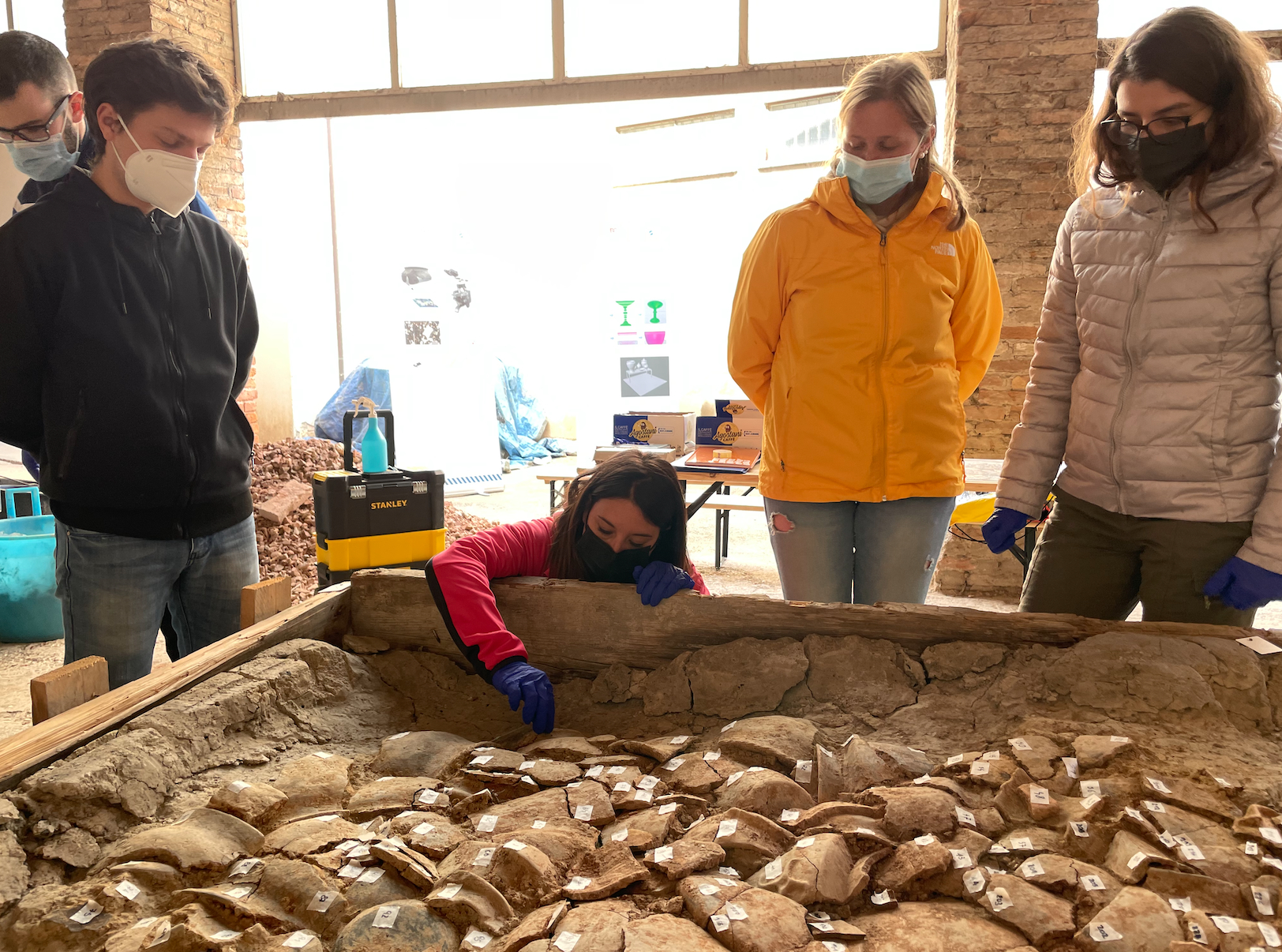 The remains of the oldest foundry in Padua is just now being excavated from the soil block in which it has been encased for 21 years. The foundry was discovered in an excavation under Paduan police headquarters that revealed evidence of earth and wood dwellings from the 9th through the 7th century B.C. The work surface of the foundry, a large section of archaeological layers dense with ceramic fragments, was removed en bloc and stored in a laboratory until funding could be secured for a comprehensive excavation. As of this month, the funding has finally come through, and it’s sufficient to include the latest and greatest scientific analyses like gas chromatography–mass spectrometry. 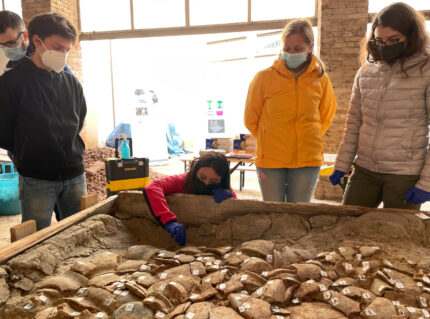 The ceramic fragments, some of them quite large, can be stylistically dated to the 8th century B.C. They were deliberately arranged in a thick layer known in Italian as a “wasp’s nest,” a ventilated underlayer which in this case was installed to absorb moisture from the humid alluvial soil and isolate the foundry from water penetration.

There is no doubt about the fact that it is a foundry , perhaps the only entirely stratigraphically excavated [foundry] in Italian protohistory, identifiable thanks to the presence of some pits for these metallurgical activities and a fragment of the casting matrix. The archaeological deposit is rich in ceramics, also for cooking, which may have retained traces of the food material contained in its porosity, which can now be analyzed through archaeometric investigations. This also applies to the materials that make up the ceramic, and to the numerous coals found in situ, which are sampled and subsequently analyzed. Provenance, manufacturing technique, any remains of content, dating and other data will then flow into the research , which may open a glimpse of a Padua “before Padua”, whose foundation, as we know, dates back to about 3,000 years ago.

The excavation has only just begun, but archaeologists have already cleaned, documented and numbered hundreds of ceramic fragments. Only a few of them have been removed from the soil for further examination and cleaning. They cannot be cleaned with water, however, because researchers will analyze the ceramic for residues of liquids that may have seeped into the vessel walls when they were intact and any wet cleaning will inject modern liquids into the mix.

Archaeologists have no idea what’s under the top layer ceramic fragments. They hope to find a similar but older ceramic layer that would indicate the foundry was in use for years. The laboratory at the Department of Cultural Heritage (Unipd) will be opened to the public for guided tours of the excavation in progress.