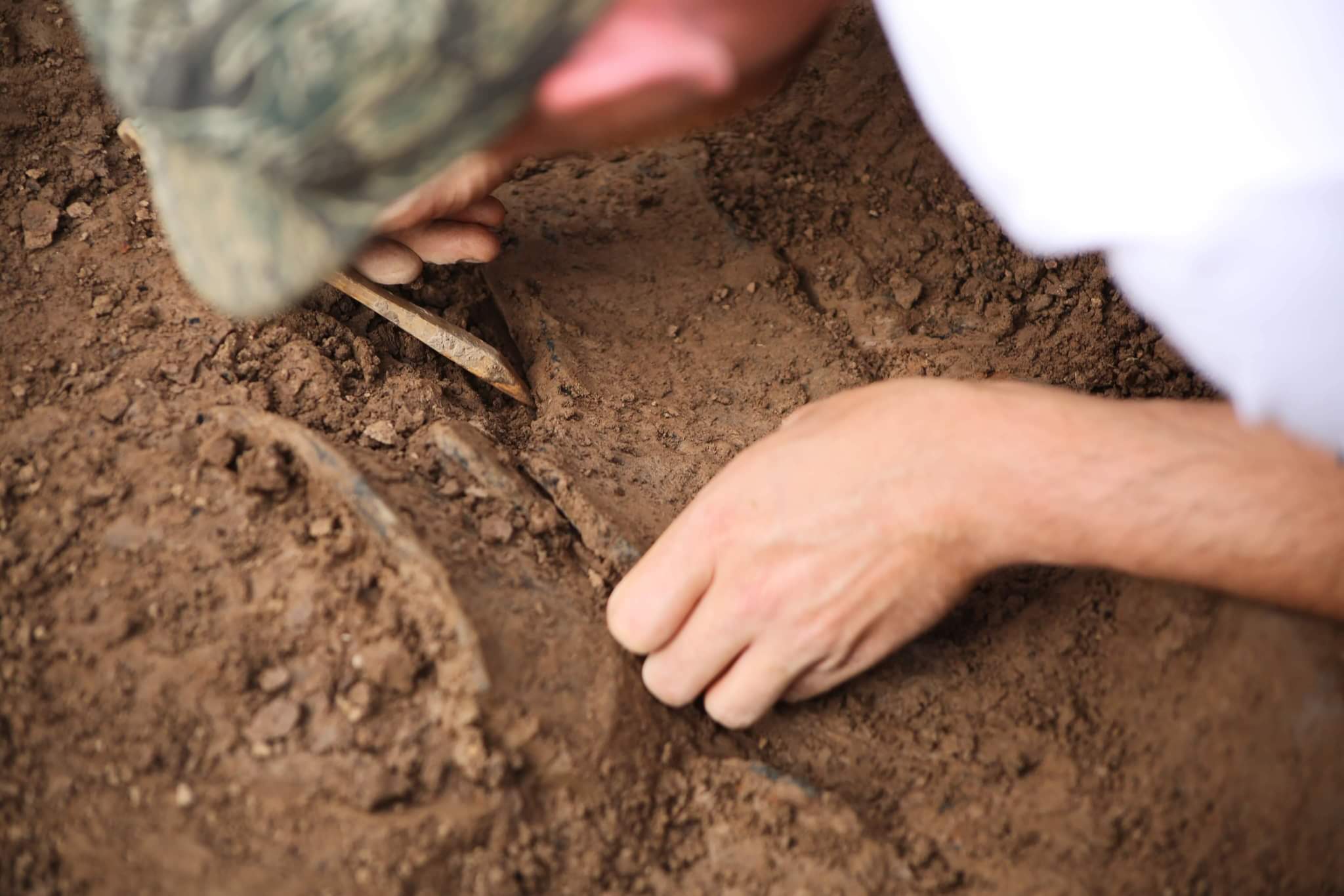 An excavation in Cardiff has revealed the remains of what may be the oldest known house in Wales.

The find was made by archaeologists and volunteers in a dig at Trelai Park in the Caerau area of Cardiff. The park contains the remains of the 1st century A.D. Ely Roman Villa on its grounds, and is just half a mile from the Iron Age Caerau Hillfort. A geophysical survey earlier this year revealed a roundhouse beneath the grounds. Archaeologists thought it might be a late Iron Age settlement and arranged the dig in the hope that the roundhouse might reveal new information about the site during the period between the late Iron Age and the early Roman era, crossing the bridge between the occupation of the hillfort and the construction of the Roman villa.

The excavation unearthed tools, post holes and pottery fragments. The roundhouse was enclosed by a fence — that’s what the postholes were for — with an exterior ditch for defense. About a quarter of the roundhouse emerged, all told, but the most significant find was made in the last week. It is a clay pot whose design marks it as a Bronze Age piece around 3,000 years old. That means the roundhouse was far older than the late Iron Age, likely built in the mid-to-late Bronze Age between 1500 and 1000 B.C. If those dates are borne out, this is the oldest house ever found in Cardiff.

Dr Oliver Davis, CAER Project co-director, based at Cardiff University’s School of History, Archaeology and Religion, said: “What we’ve found is completely unexpected and even more exciting. This enclosure could be providing us with the earliest clues on the origins of Cardiff. The pot that’s been found is beautifully decorated and well preserved. It is extremely rare to find pottery of this quality. It’s also unusual to find a Bronze Age settlement in Wales  – there are only one or two other Bronze age sites in this country.

“The people who lived here could have been members of a family whose descendants went on to build Caerau Hillfort.” […]

Tom Hicks, an archaeologist who came through Cardiff University’s Exploring the Past pathway and volunteer Charlie Adams both found and recovered the pot during the dig.

Tom said: “This is a very well-preserved example of Bronze Age pottery and a significant find for the archaeological record in the region. It’s a great opportunity for us to learn more about the lives of the people living on the site around 3,000 years ago.

“The beautiful decoration on the pot shows that these people wanted to display their creativity to others and further scientific analysis may be able to tell what the pot was used for before it ended up in the enclosure ditch and how or where the pot was made.”