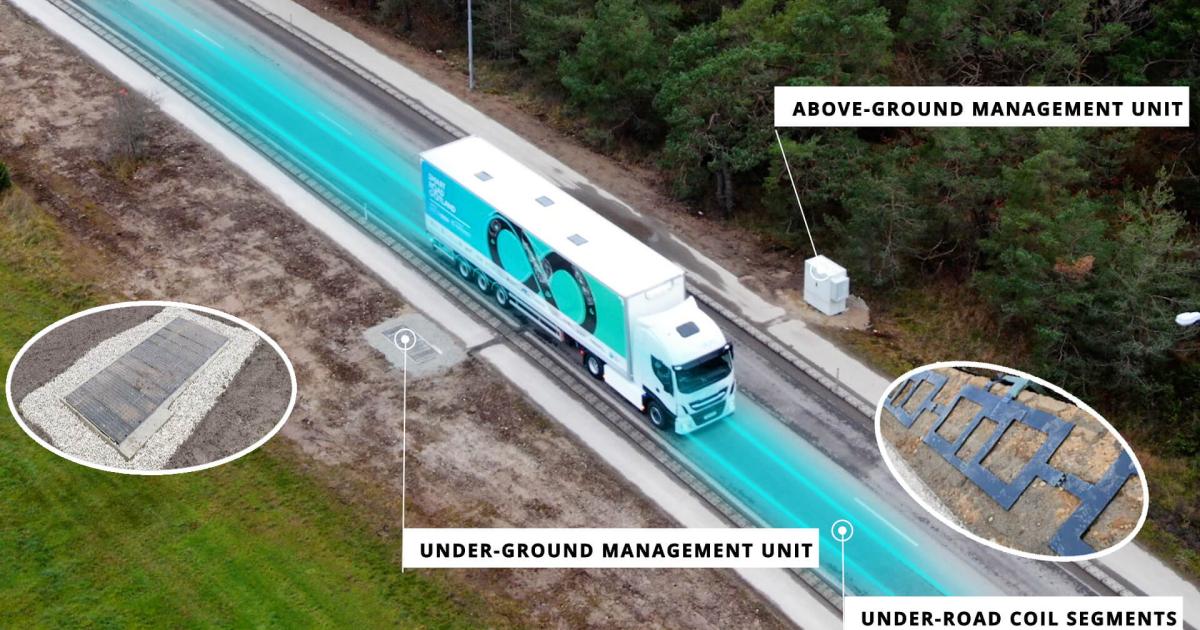 A trial of the first wireless, in-road charging system for electric vehicles in the United States is coming — and there’s perhaps no place more fitting for this pilot than Detroit.

The city that led the nation’s first wave of automobile technology is helping lead its second, as the Michigan Department of Transportation has awarded a $1.9 million contract to Electreon to install one mile of in-road EV charging in Motor City.

“Wireless is the future for this technology,” said Stefan Tongur, vice president of business development for Electreon in the U.S. The wireless charging company is already building out the tech across Europe, where it has pilots in Germany, Italy and Sweden. The Michigan project is expected to be operational in 2023.

“We’ve always, for the past century, stopped to fuel the car, and we’re thinking the same with EVs,” Tongur said. But that creates many challenges when it comes to large-scale batteries and fleets especially, Tongur noted. Plugging in an entire fleet in the same place, at the same time, requires lots of expensive infrastructure and incurs high electricity costs.

“When you have commercial fleets, the challenge is just more massive,” Tongur said.

So Electreon and others envision a network of strategic corridors with wireless, in-road charging that could gradually power vehicles along a route, rather than all at once at the destination. Fleet operators could either pay a subscription to use the chargers or integrate the costs into highway tolling, depending on the situation, Tongur said. He described Electreon’s business model as “charging as a service.”

Such a system of wireless charging would be a big shift from the current buildout of EV infrastructure, which focuses almost entirely on adding plug-in chargers. But leaders in the industry see wireless charging as the next logical step.

Alex Gruzen, CEO of wireless charging company WiTricity, has seen this type of evolution take place across multiple industries during his career in consumer electronics, from laptops to Wi-Fi technology. The idea of wireless always begins as an expensive, optional feature, until it suddenly becomes universal.

“I see us going through the exact same trend here,” Gruzen said.

The company’s own research indicates that wireless charging can increase a consumer’s intent to purchase an EV by 68 percent, according to Gruzen, which could help move EVs beyond the early adopter stage.

“What we want to do is show that the EV ownership experience can be better than any experience you’ve ever had with a car before,” Gruzen said.

WiTricity has laid claim to the “magnetic resonance technology” that makes wireless EV charging possible and is working to turn it into a viable commercial product.

“Every instance of wireless charging you see for a vehicle is built on Witricity’s technology,” Gruzen said.

The company has worked with automakers to create a global wireless charging standard that is beginning to roll out on new Hyundai models, for example. It’s also about to release a product called the “WiTricity Halo,” a wireless charging pad that drivers can purchase for their garage; it delivers power at about the same rate as today’s plug-in Level 2 chargers.

Gruzen sees all of this as just the beginning and, much like Tongur, said wireless charging will be especially helpful for fleets. Dynamic, in-road charging could be deployed not only in roads but also in queuing areas such as airports or warehouses.

“Anywhere where vehicles are stacked up and waiting, let’s use that time for charging,” Gruzen said.

He calls the concept “power snacking,” where trucks and buses could capture bits of charge throughout the course of business: At a loading dock, bus stop or end of route. These periodic top-offs throughout the day could not only lower charging costs but reduce the need for expensive plug-in infrastructure at vehicle depots.

And even though Gruzen predicts wireless EV charging will be ubiquitous by the end of the decade, he doesn’t see the current, massive effort to install plug-in chargers as a waste. Most of the cost of installing any type of charger is bringing power to the site; plug-in hardware could easily be swapped for wireless.

It’s not all that different from the transition to Wi-Fi. No one seems to miss the days of conference tables strewn with Ethernet cords.

With EVs, it’s only a matter of time, Gruzen said. “We’re off to the races now.”