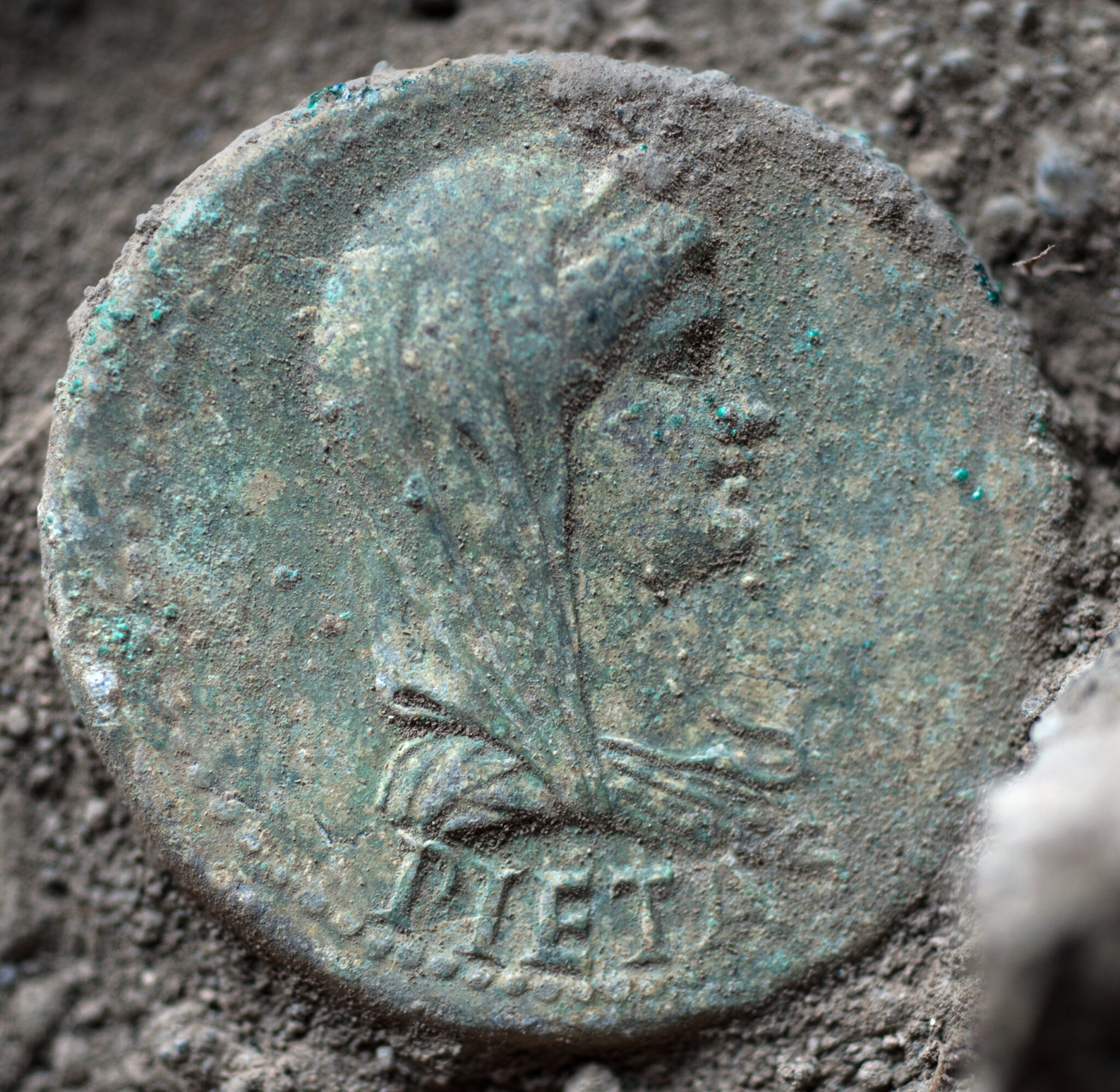 Archaeologists in Pompeii have revealed new details about the tomb of the freedman discovered last year in the Porta Sarno necropolis outside the east gate of Pompeii’s walls. First and foremost, analysis of the mummified remains of the deceased confirmed that he was deliberately embalmed, not accidentally preserved by the excellent seal of the burial chamber. He was wrapped in a shroud which was imbued with resin or honey. That simple embalming method combined with the hermitic seal of the burial chamber to partially mummify the soft tissues.

An inscribed marble slab identified the deceased as Marcus Venerius Secundio, a former public slave who was manumitted and rose in social and economic status to become a priest of Venus and of the cult of the Divine Augustus where he had once served as an attendant and to sponsor four days of games in both Greek and Latin. The location of his tomb was a prestigious one (the Porta Sarno led directly to the Via dell’Abbondanza, Pompeii’s main street).

The tomb is a rectangular chamber within a larger rectangular enclosure. The façade is topped by a triangular pediment (the inscription plaque is in the center of it) and painted with a colorful fresco of a garden with trees, bushes and a small fountain in the middle. While the details have faded, close examination has found that this image represents the Elysian Fields where the souls of the virtuous dead reside forever in the eternal spring of its peaceful groves. 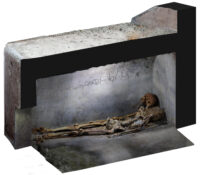 Marcus Venerius was inhumed in a small cell behind the façade. The chamber was hermetically sealed by blocks of tufa and masonry, then covered in a red clay plaster coating. Inhumation burials were rare in 1st century, and indeed the cinerary remains of two other individuals were found inside the wider enclosure. A columella funerary marker inscribed “Novia Amabilis” points to one of the cremated people having been Marcus’ wife. A square white marble slab in the ground in front of the columella would have been used to hold offerings. 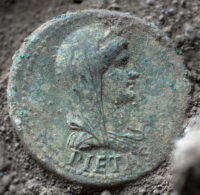 Outside of Egypt, mummification in the Roman Empire was exceedingly rare in the 1st century A.D., as cremation had become the predominant funerary practice in the middle Republic and would remain so through the middle Imperial era. Only a handful of examples are known from the historical and archaeological record, and those burials were of people of the highest rank and power, including the patrician Cornelia family who idiosyncratically continued the ancient tradition of inhumation long after other ancient families had abandoned it, Nero’s wife Poppea (a native of Pompeii) and Priscilla, wife of a relative of Domitian’s.

Marcus Venerius’ circumstances were entirely different. He was a former slave, not a member of an elite Roman family, and he alone was embalmed while the two other family members buried in the tomb were cremated. Archaeologists believe he may have adopted the Egyptian/Hellenistic practice of embalming to follow the latest death fashions of the elite, linking himself in the afterlife to the most wealthy and powerful people of his era. In his role as priest at Pompeii’s Temple of Venus, he may well have encountered Nero who visited the temple in person and left an enormous offering of gold coins.

Other fresh discoveries made in the ongoing excavation and analysis of recovered artifacts and remains include a bronze coin dating to 65 A.D. found inside the cinerary urn of Novia Amabilis and a large bronze nail between the glass urn and the metal box next to her columella that is believed to have symbolically sealed the urn. A glass ointment bottle was found next to an amphora topped with a round lid; it too was used in ritual offerings. 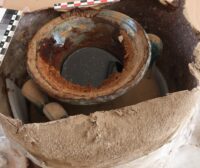 The glass urn was found to contain a dark reddish liquid, plant remains and burned bones. Study of the cinerary remains identified bones from at least four people, an adult and three young children. One of the children was between six and eight years old, the second between four and six years old, the third between three and five. Finding the ashes of multiple individuals inside a single urn is also exceptionally rare.