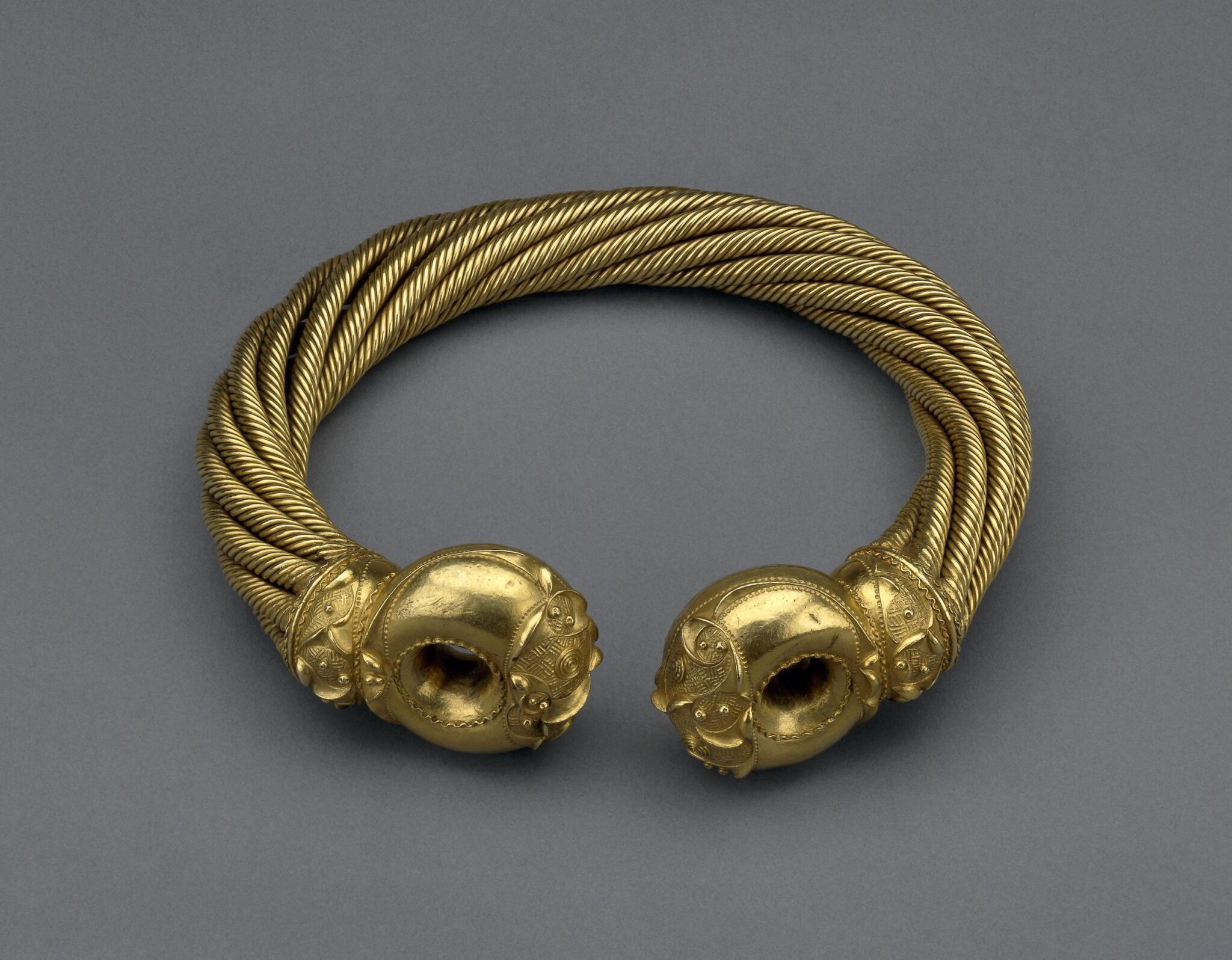 A unique hoard of Roman gold coins buried decades before the Roman conquest of Britain has been discovered in Norfolk. Eleven aurei from the reign of Augustus were found by metal detectorists in a field near Norwich in the Norfolk Broads (a network of lakes and rivers) over several years. The first aureus was discovered in August 2017.

The coins are of two types. Both have laureate busts of Augustus on the obverse. Eight of the coins depict Augustus’ grandsons and heirs Gaius and Lucius Caesar standing with their hands on their shields and spears. They are flanked by a lituus (a crooked augury instrument like a bishop’s crozier) and a simpulum (a libation vessel). The type of coin was struck between 2 B.C. and 4 A.D. The second type dates to 9 B.C. and on the reverse features Gaius Caesar on a horse galloping past the army standards. He holds a sword and shield in his left hand. Both coin types were struck at Augustus’ mint in Lugdunum, Gaul, modern-day Lyons.

Even though they had been churned up and scattered by ploughing over the centuries, the coins were certainly grouped together in a single hoard originally. Not only are they are all aurei of Augustus from the same narrow date range, but they all bear the same mark: a tiny nick that was deliberately done to ensure the coin was solid gold and not a plated forgery.

They are in such good condition that they cannot have been in circulation very long when they were hoarded, and the absence of any later coins in the group suggests they were buried shortly after they were minted, maybe the first decade of the 1st century, predating the Roman conquest of 43 A.D.

At that time, the Britannic Iceni tribe ruled over what is now Norfolk. The Iceni would become famous for the 60-61 A.D. uprising against Rome led by their queen Boudica, but relations between the Iceni and the Roman Empire were positive six decades earlier. The Iceni were allies before the invasion and given preferred status after the conquest, so it’s eminently possible they had access to gold coins even when the general trend during this period was for Roman gold coins to be spent on luxury goods from the east, not for them to wander up north to the hinterlands.

Augustus vastly expanded the number of aurei struck. His uncle Julius Caesar had struck the first large-scale gold coinage in Rome as part of his Triumph celebrating his conquest of Gaul. Augustus systematized Roman coinage,  establishing consistently graduated denominations and striking large issues that were distributed throughout the empire. 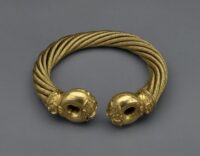 Norfolk, however, was very much not the Roman Empire, and amassing 10 aurei in the first decade of the first century was no easy feat for anyone, let alone for the northern tribespeople. Iceni gold coins of this period were made of a much lower grade of gold, but Iceni jewelry like the Great Snettisham Torc used gold of high purity. A goldsmith looking for raw materials to make something like the torc would be ecstatic to get his hands on Roman aurei made of 20-carat gold. If the gold was being collected for reuse, that would also explain the consistent nick marks as the smith testing them for purity before melting them down to make something new with the gold.

The hoard has been acquired by the British Museum. The report of the find has been published in The Searcher and can be read here (pdf).