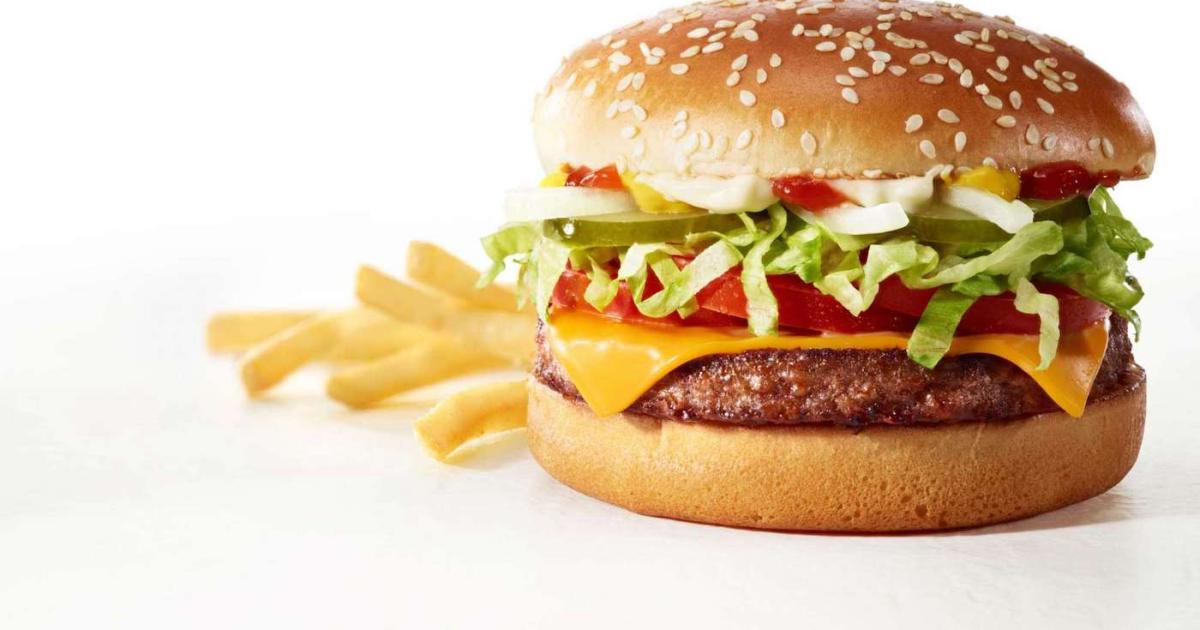 The quarterly startup roundups in Food Weekly have been some of the most loved editions by our readers. With climate tech speeding up, it’s becoming harder to stay on top of trends and many new fascinating products. But startups aren’t the only innovators.

Larger companies are also pushing for food systems transformation (often in partnership with startups). But just as keeping track of all the startup funding can get daunting, updates from new pilots and programs bigger companies are working on can get lost in the deluge of sustainability announcements. That’s why I’m introducing a second quarterly roundup focused on sustainability news from large food and agriculture companies.

Google, Walmart and Sodexo want to cut food waste in half

March came about with three big food waste reduction announcements. Google gave its food waste goal a refresh, aiming to cut waste in half for each employee and eliminate sending food waste to landfills by 2025. The tech company will engage in projects across the food value chain to approach this goal. It will partner with companies providing imperfect and upcycled products, invest in supply chain traceability, transparency and tracking, rework the operations and menus of its kitchens and double down on composting. Google also donated $1 million to the food waste non-profit ReFED for its new Catalytic Grant Fund.

Walmart and Sodexo are also making headway. The companies signed on to the Pacific Coast Food Waste Commitment, a public-private partnership that aims to halve food waste by 2030 in West Coast states. The retailer and foodservice provider will double down on efforts to reduce waste in their own operations and bring along suppliers and other value chain partners.

These are three relatively ambitious goals for a complex issue. The confidence of these players reflects a growing ecosystem of service providers focused on food loss and waste reduction. They will hopefully also promote a virtuous innovation cycle, catalyzing further R&D and helping startups mature.

Starbucks also deserves an honorary mention for a tangential waste effort. The company announced new targets to reduce the use of disposable cups that make up 20 percent of its global waste. By the end of 2023, Starbucks aims to put systems in place that will allow all customers in the U.S. and Canada to bring in their own reusable cups. The company is also experimenting with a range of fee and discount programs to incentivize the adoption of reusable cups. This is encouraging news after COVID-19 brought many reusability programs to a halt and increased waste from takeout meals.

This quarter, alternative protein investments and partnerships have been the most dynamic theme for companies. From Amazon to KFC and Delta, providers are looking for ways to meet rising consumer demand for plant-based foods.

KFC and McDonald’s made moves in pilot restaurants in the U.S., introducing vegan nuggets and a vegan burger patty. Burger King has gone a step further in the U.K. It’s experimenting with a trial at its biggest branch in London that will offer a 100 percent vegan menu for a month. If the test run goes well, the fast-food chain will consider converting more of its branches to vegan outlets. Alternative protein is also making its way into in-flight menus after Delta introduced plant-based burgers and meatless lamb on select flights.

A Burger King hin the UK is experimenting with a 100% vegan menu for a month in its London branch.

Retailers and manufacturing brands are following the same trend. Amazon Fresh rolled out 15 plant-based products as part of its private label brand. Kroger entered into a strategic partnership with Impossible Foods to bring plant-based innovation to its Home Chef business. Kraft Heinz entered into a joint venture with the Chilean startup NotCo to co-brand plant-based products, using AI technology. In a similar effort, PepsiCo joined efforts with Beyond Meat to develop vegan jerky.

To top things off, Nestlé went a step ahead of its competitors. The company started construction of a $73 million manufacturing plant in Serbia, where it plans to produce 12,000 tons of plant-based meat per year, supplying its Garden Gourmet brand. Alternative protein is big business now, not just a do-good side project.

Regenerative ag gets smarter on data and financial tools

Danone has been an early adopter in regenerative agriculture. It published results from the fourth year of its soil health program that focuses on sustainability in the dairy industry. The initiative works on over 140,000 acres across the U.S. and Canada where it aims to enhance soil organic matter for improved environmental and economic farm outcomes.

Since its inception, Danone’s program claims to have reduced 119,000 metric tons of carbon dioxide equivalent, sequestered 31,000 tons of carbon, prevented 337,000 tons of soil from erosion and conserved 1,700 acres of biodiverse ecosystems. In collaboration with Sustainable Environmental Consultants, the company also launched a new data tool that farmers can use to forecast the return on investment of regenerative practices to boost their adoption.

Evermore companies are kicking off their own regenerative farming programs. Kellogg announced a $2 million investment in a five-year program that aims to reduce methane emissions from rice farming in the Lower Mississippi River Basin. It will partner with the software platform Regrow to measure, report and verify the program’s outcomes. Beverage giant Diageo also announced a new three-year pilot that aims to improve barley production in Ireland.

Finally, the Farmers Business Network, an online ag marketplace, birthed a $25 million pilot fund in collaboration with the Environmental Defense Fund. It will offer discounted operating loans to corn, soybean and wheat growers who achieve soil health or nitrogen use improvements.

I’m encouraged by this focus on data and financial tools for farmers. If companies want to reach their ambitious regenerative goals, easy farmer engagement tools will be key in addition to ensuring that these practices make financial sense on the ground.

Let’s start with the good news. Nestlé announced plans to triple its cocoa sustainability funding to $1.4 billion by 2030, investing in social and environmental supply chain improvements such as preventing child labor, promoting gender equality and introducing climate-resilient farming practices. The focus will be on Ghana and Côte d’Ivoire, the world’s top two cocoa producers.

The second optimistic data point comes from Indonesia, Malaysia and Papua New Guinea. In 2021, palm-oil-linked deforestation in the region fell to its lowest level since 2017. But it seems to be caused mostly by COVID-19 restrictions and economic decline, rather than company action. That’s still good news but offers little takeaways for sustainability practitioners.

Over in the Amazon, companies kicked off 2022 with problematic deforestation headlines. An incredible Bloomberg investigation into JBS’ cattle supply chain in Brazil threw a damning shadow on the company’s sustainability efforts.

Soy commodity traders such as Bunge, Cargill and ADM have come under criticism for lobbying against the EU’s new legislation that proposes to ban imports from deforestation-fueling products, shortly after making new deforestation commitments at COP 26. Traders think the bill is too harsh, but environmental groups such as WWF, the Climate Observatory and the Nature Conservancy say it doesn’t go far enough.

If companies really want to make good on their anti-deforestation promises, they would fare better working with the legislators of European and Amazonian countries rather than opposing policy efforts that establish a fair and sustainable playing field.