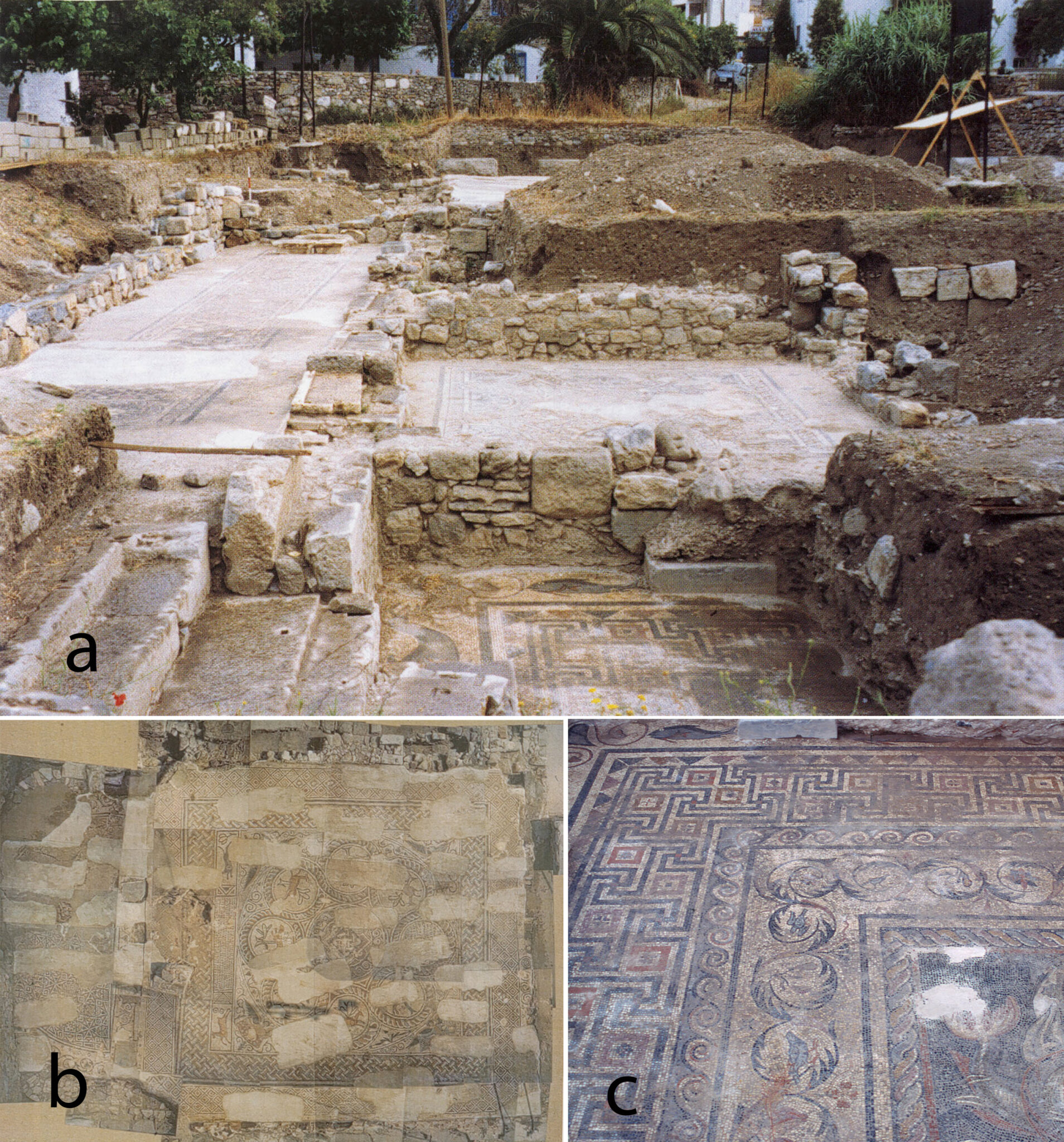 A new analysis of Late Roman-era mosaic floors discovered in Bodrum, on 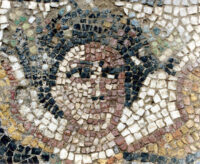 the southwest coast of Turkey, has found evidence that the ancient city of Halicarnassus experienced a revival of good fortune at the very end of the Roman Empire.

Halicarnassus was famous in antiquity for the Tomb of Mausolus, so famous that the name of its owner entered the vernacular as a generic word for a grand above-ground tomb. Completed in 350 B.C., the Mausoleum of Halicarnassus was one of the Seven Wonders of the Ancient World that drew tourists from around the Hellestic world and was still standing in the Middle Ages. Today only a smattering of ruins remain.

The city had been part of the Achaemenid Persian satrapy of Caria since the 6th century B.C., but the kings and queens of Halicarnassus were native Greek-Carian and operated more as autonomous allies. The reign of Mausolos (377–353 B.C.) and his sister/wife/successor Artemisia II was considered the golden age of Halicarnassus. They made it the capital of Caria and poured money into improving its infrastructure, dredging and deepening the harbor, paving the streets and building high defensive walls and towers. They built a theater, temples, public buildings and clad them all in gleaming white marble.

The city continued to prosper during the reigns of their sister and brother (who were also married) and their children, but the golden age of Halicarnassus came to an abrupt end when the Persians set fire to the city before retreating from the besieging forces of Alexander the Great in 334 B.C. According to Cicero, Halicarnassus never recovered from the Persian destruction and was all but deserted in his day (1st century B.C.) Natural disasters and attacks from Mediterranean pirates damaged the city even further in Late Antiquity and while the city had importance as a bishopric under Byzantine rule, it no longer bore any resemblance to Mausolos’ and Artemisia’s gleaming marble city. In the early 15th century, what the earthquakes hadn’t taken of the great Mausoleum, the Knights Hospitaller helped themselves to. They used its stone to build a fortress, Bodrum Castle, which still stands today. 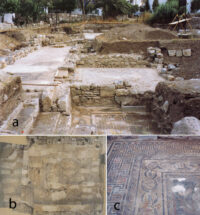 The post-Alexandrian decline of Halicarnassus was the received historical wisdom until recently. The first hint that this might be inaccurate was the discovery of a luxurious late Roman villa built on a bluff overlooking the Mediterranean. Mosaics from what would later be identified as the House of Charidemos were first unearthed in 1856. Unfortunately the archaeologist who excavated it, Charles T. Newton, who also excavated the paltry remains of the Mausoleum, pried the floors up and shipped them the British Museum. Archaeologists returned to the site in the 1990s uncovered more rooms decorated with a variety of mosaics, including geometric motifs, Europa and the Bull, Aphrodite being conveyed in a cockleshell, Dido and Aeneas, a nymph riding an ichthyocentaur (like a centaur only with a fish body/tail instead of horse body), and a dedication to the homeowner, which is how we know his name. The modern excavations also dated the villa to the mid-5th century, a period when tumbleweeds were supposedly rolling down the empty streets of Halicarnassus.

The new study examined 19 of the tesserae from the House of Charidemos’ mosaics using archaeometric analyses to learn more about what the tiles were made of and how they were produced. Seven of them were glass, 11 were stone and samples were selected from a range of colors. Analysis found that six of the seven glass tesserae were made of recycled glass.

The characterisation of the glass, stone, and ceramic tesserae from the House of Charidemos in Halikarnassos shows that a diversity of the materials were used for the production of the mosaics in private contexts during the late Roman–early Byzantine period in Anatolia. The comparison of the glass composition with other sites in Anatolia showed similarities in the use of base glass materials. […] The very tight elemental distributions between the samples of similar colours reflecting the same base glass composition could support a hypothesis of secondary workshops specialised in the production of certain colour of tesserae.

That suggests Halicarnassus either never was a ghost town or it recovered rather well since the bad ol’ days Cicero describes. The fact that so luxurious a villa with such high-end decorative arts was built in the city using city artisans and recycled raw materials even at the threshold of the demise of the Western Empire, indicates the city was experiencing something of a revival of fortune, in fact.