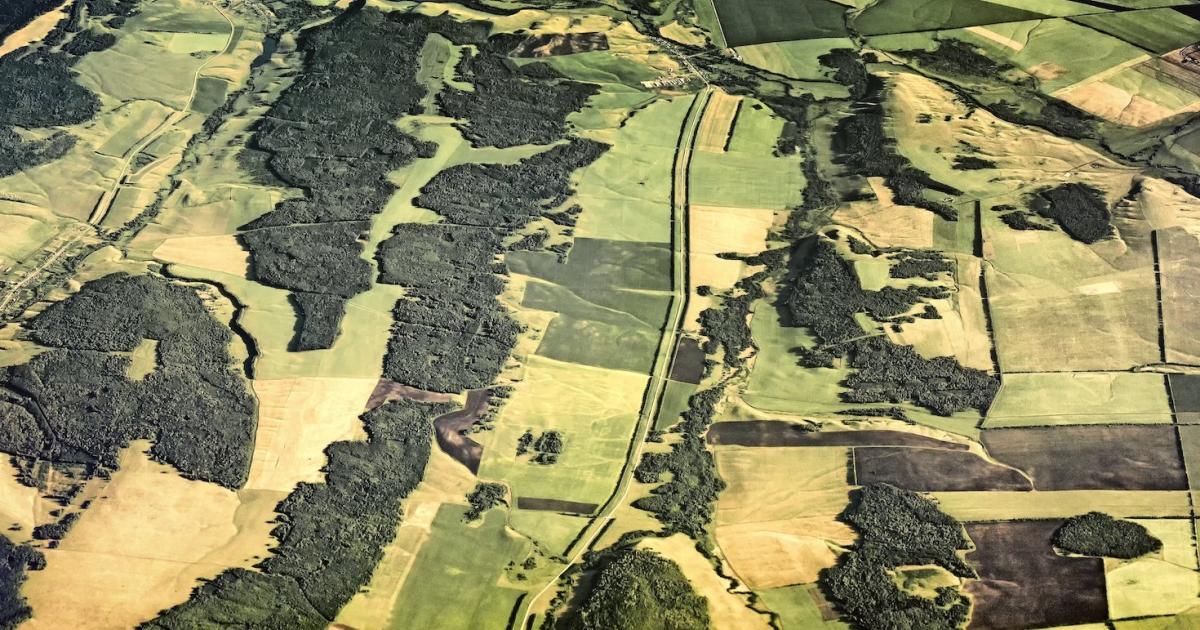 The New Hampshire-based company was founded in 2016 and has gone through a few acquisitions (FluroSat and Dagan) over that time to become a staple partner for big consumer food players such as General Mills and Kellogg Co. In June, General Mills announced a partnership with Regrow to monitor 175 million acres of agricultural land in regions where General Mills procures most of its dairy and wheat — California, the Great Lakes and Corn Belt and the southern and northern Plains of the United States. And in February, Kellogg and Regrow partnered to work on decreasing greenhouse gas emissions of growing rice.

Regrow’s offering is threefold, according to CEO and co-founder Anastasia Volkova. First, the company does vast satellite monitoring of crops to determine everything from crop type, harvest date, growth stages, cover crop usage, tillage, nitrogen fertilizer usage and other environmental impacts. The second part is the models Regrow uses to determine GHG emissions from the satellite data. Regrow can use this information to assess the impact of a particular decision, such as moving to no-till agriculture or planting a more diverse crop mix. Finally, Regrow will ground-truth these claims with field soil carbon samples to calibrate the models.

“It brings the transparency and accountability and long-term monitoring and tracking to the system,” Volkova said.

Regrow has decided to work with channel partners such as Kellogg, Cargill and General Mills to get an in with farmers. By working with these massive food companies that have connections with thousands of growers, Regrow can sign up farmers through these partnerships so the farmers can identify which acres in the satellite imagery are theirs and take advantage of the data collected by Regrow.

“Farmers really get value from more transparency,” Volkova said. “There’s a lot of people who have been doing great practices and they want to be seen as the preferred suppliers.”

But the partnership with General Mills is going beyond just the company’s own suppliers. Of the 175 million acres Regrow is helping General Mills monitor, only a small portion of that is going directly into the company’s value chain. According to Jay Watson, senior manager of global impact initiatives at General Mills, the goal is to understand the broader trends in the breadbasket and Plains regions of North America as a whole.

General Mills knew that monitoring would be an important part of the equation and has been heavily investing in the research and development of these systems for years, according to Watson. But the company chose to work with Regrow because its product readiness was at the level that General Mills needed.

The goal is widespread adoption. We want to be monitoring those impacts across these entire regions, which we can’t do with just on-the-ground sampling.

“I think they brought the most holistic value proposition across innovation costs and quality service,” he said. “We really liked their overall industry and sector connectedness.”

The Regrow system will also help General Mills monitor how its investments in regenerative agriculture are playing out. The company has done more than three years of pilot programs on regenerative agriculture but according to Steve Rosenzweig, a soil scientist and the agricultural science lead at General Mills, collecting data on these pilots has been a small, manual process with researchers and grad students that this partnership will help scale up drastically.

“The goal is widespread adoption,” he said. “So we want to be monitoring those impacts across these entire regions, which we can’t do with just on-the-ground sampling. We have to be moving towards modeling with these Earth observation tools to be able to get after the kind of scale that we are looking for.”

General Mills’ pilot regenerative agriculture programs were run on only about 115,000 acres of land. The monitoring on the 175 million acres will include the vast majority of General Mills’ farms, according to Rosenzweig. This will help General Mills meet its sustainability commitments to advance regenerative agriculture on 1 million acres and reduce Scope 1, 2 and 3 GHG emissions by 30 percent by 2030 (as compared to 2020), getting to net-zero emission by 2050.

[Interested in learning how we can transform food systems to equitably and efficiently feed a more populous planet while conserving and regenerating the natural world? Check out the VERGE 22 Food Program, taking place in San Jose, CA, Oct. 25-28.]

Regrow’s partnership will help Kellogg reach its goal to reduce Scope 3 emissions by 15 percent by the end of 2030 and 50 percent by the end of 2050 from a 2015 baseline. Kellogg’s program is focusing on methane emissions that occur during the flooding process of growing rice in Arkansas and Louisiana. When the floodwater is drained, methane is emitted from soil microbes that have started to develop during the anaerobic conditions of flooding season. Kellogg and Regrow are monitoring a few strategies that can impact the irrigation including alternating flooding and drying, which reduces the amount of methane emissions.

“Building a successful climate-smart program in an ag supply chain requires lots of different strategic and technical competencies that I think are really challenging for any one of our partners to offer,” said Kate Schaffner, the global business partner for sustainable agriculture at Kellogg. “We really appreciated [Regrow’s] approach with this — their eagerness to adapt to build a program with us and with additional partners who had already been working together for years to make something successful.”

The hope is that partnerships like these can bring scale to the regenerative agriculture movement. If Regrow can do that, that will be its defining legacy.

“We need to start talking about collective investment,” Watson said. “No one or even a few organizations are going to be able to drive the whole supply shed down as relates to emissions or drive the whole supply shed forward as it relates to some of those outcomes from regenerative systems. There could be a different approach that is more inviting to collective investment in action.”