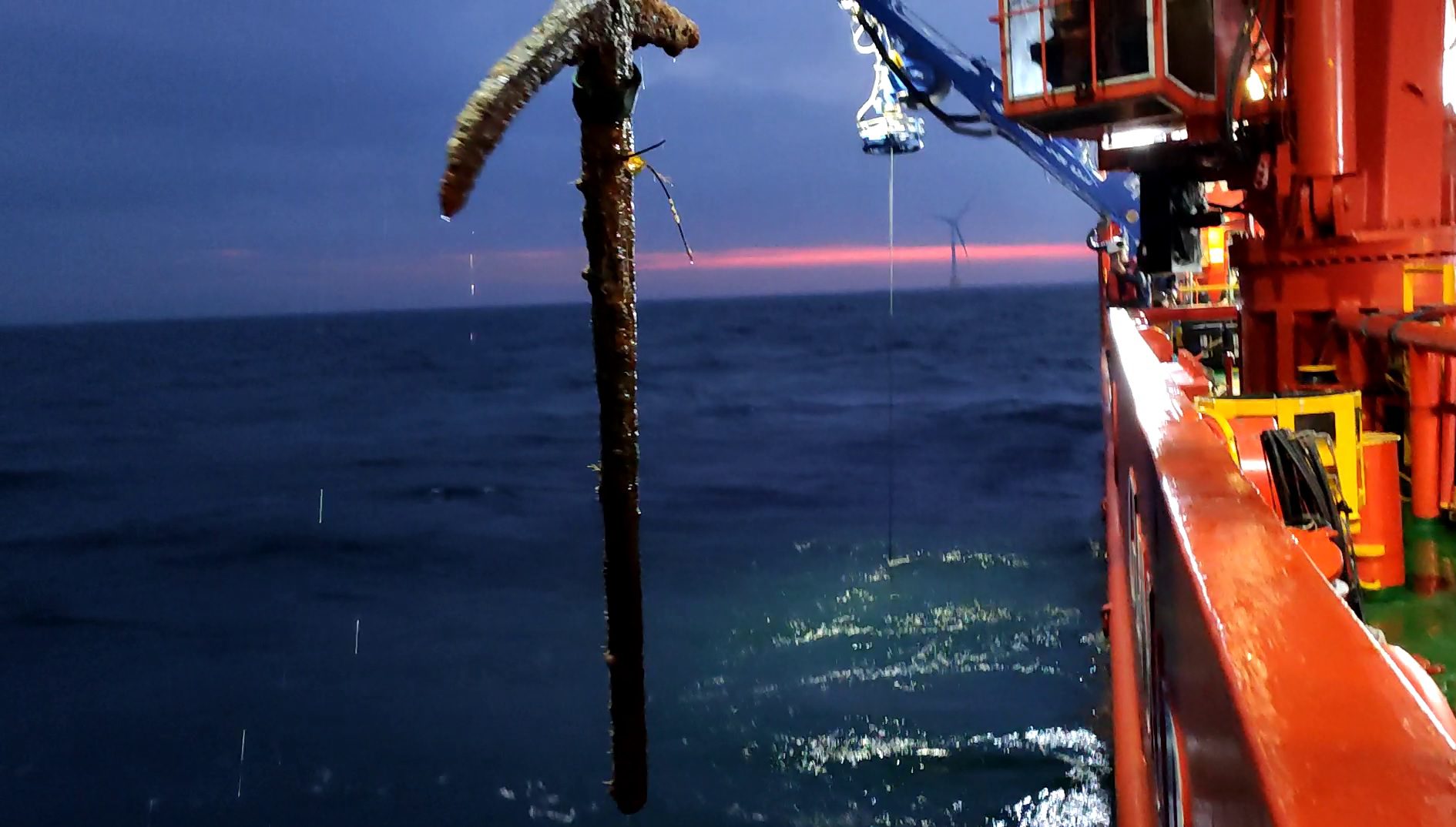 A large anchor from the Roman era has been recovered from the seabed of the southern North Sea off the coast of Suffolk. Made of wrought iron, the anchor is 6’6″ long and weighs 200 lbs. It has not been conclusively dated yet, but features of its design and manufacture point to it being a Roman anchor between 2,000 and 1,600 years old. An anchor that size could only have been used on a very large vessel. Estimated to have been around 600-600 tons, it would have been one of the largest Roman merchant ships.

The Classis Britannica was the regional fleet of the Roman province of Britannia and the first navy of Britain. Although very little physical maritime evidence has been discovered, it operated from the mid-first century to the mid-third century and employed merchant vessels to transport foodstuffs, troops, horses and war machinery such as catapults and rams. […]

Brandon Mason from Maritime Archaeology Ltd spent hours monitoring the anchor while it lay at the bottom of the sea. He was on board the Glomar Wave when the anchor was brought more than 140 feet to the surface and transported to shore.

He said: “Everything points to this being a Roman anchor of almost 2,000 years old, which is an incredibly rare piece of history. If this date is confirmed, it would be hard to overstate its significance – we only know about three pre-Viking anchors from northern European waters outside the Mediterranean region and only two actually survived.

“We believe this find could be the oldest and one of the largest surviving examples, giving us hard evidence of the incredible amount of activity that must have been going on in the waters in Roman times, but that we know relatively little about.

The anchor was first spotted in 2018 during a seabed survey before construction of the East Anglia ONE offshore wind farm. Construction proceeded, but the anchor was constantly monitored and protected by an exclusion zone. Long-term conservation concerns prompted maritime archaeologists to raise the anchor last year.

The anchor is currently undergoing conservation, study and imaging to help narrow down its age and origin. Windfarm owners ScottishPower Renewables have commissioned a detailed analysis of the anchor’s material which will employ never-before-used scientific techniques. After that work is completed, the anchor will go on permanent display at Colchester + Ipswich Museums in 2025.