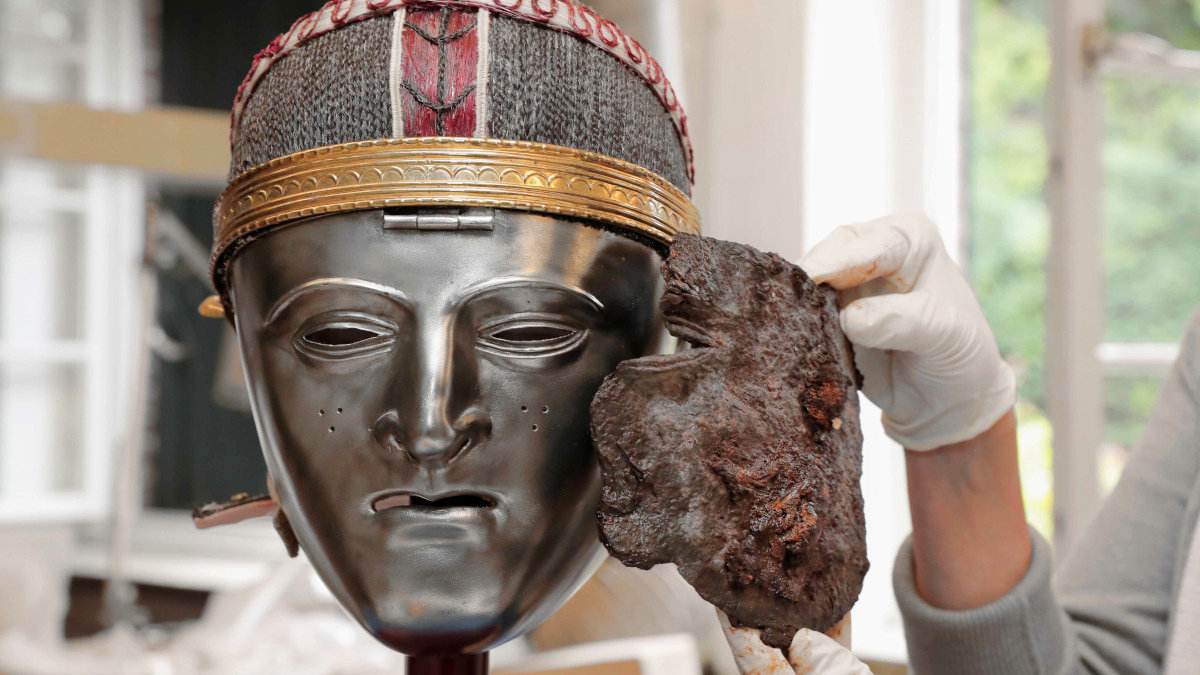 A rusted lump of iron found at an ancient battlefield in Krefeld, Germany, has revealed itself to be a large fragment from a rare 1st century Roman cavalry mask.

The cavalry mask is of the Nijmegen-Kops type. Only 15 of them are known, most of them found in the former territory of the Batavi, so the type is closely associated with Batavi horsemen. It was attached to the headband of the helmet with a hinge. The emotionless silvered visage was meant to be intimidating for opponents on the battlefield and in hand-to-hand combat.

The Batavi were already intimidating, so famed for their prowess in combat that Rome granted them a special tax and tribute exemption in return for their service in Roman auxiliary infantry, cavalry and in the Augustan-era imperial bodyguards. Out of a population of less than 40,000 Batavi in the 1st century, 5,500 served as elite troops in the Roman military. That means that half of all Batavi men enlisted after they turned 16.

Batavi troops were essential to the conquest of Britain, but after they were withdrawn from Britannia in 66 A.D., tensions rose between the Batavi soldiers and Rome. Gaius Julius Civilis, the son of a Batavi chief who had served in the Roman auxiliaries for 25 years, led an uprising. He used Roman military tactics against them successfully for a year. In the fall of 69 A.D., Civilis’ crack troops surprised 12,000 Romans legionaries and auxiliaries in their field camp at Gelduba on the left bank of the Rhine. The Batavi entered the camp and started slaughtering, but they weren’t able to finish the job because Roman reinforcements arrived. Technically Rome eked out a victory, but they lost so many men it was Pyrrhic at best.

Since excavations began at the suspected site of the battle in 2017, thousands of relics of the battle have been unearthed, including 200 horse skeletons, armor and weapons. The corroded, lumpy metal plate was brought to the Archaeological Museum in Krefeld for documentation, conservation and study.

The fragment was X-rayed, and when archaeologists saw an eye slit, an ear and a rivet where the helmet attachment likely was, they realized they had a Phantom of the Opera section of a cavalry mask. Using a thin stream of sand, conservators exposed the eye slit and ear  to confirm it was what it seemed to be. The rest of the corrosion will be removed after it spends six months in a lye bath for desalination. Once it is cleaned and conserved, the mask will go on display at the Krefeld Archaeological Museum.