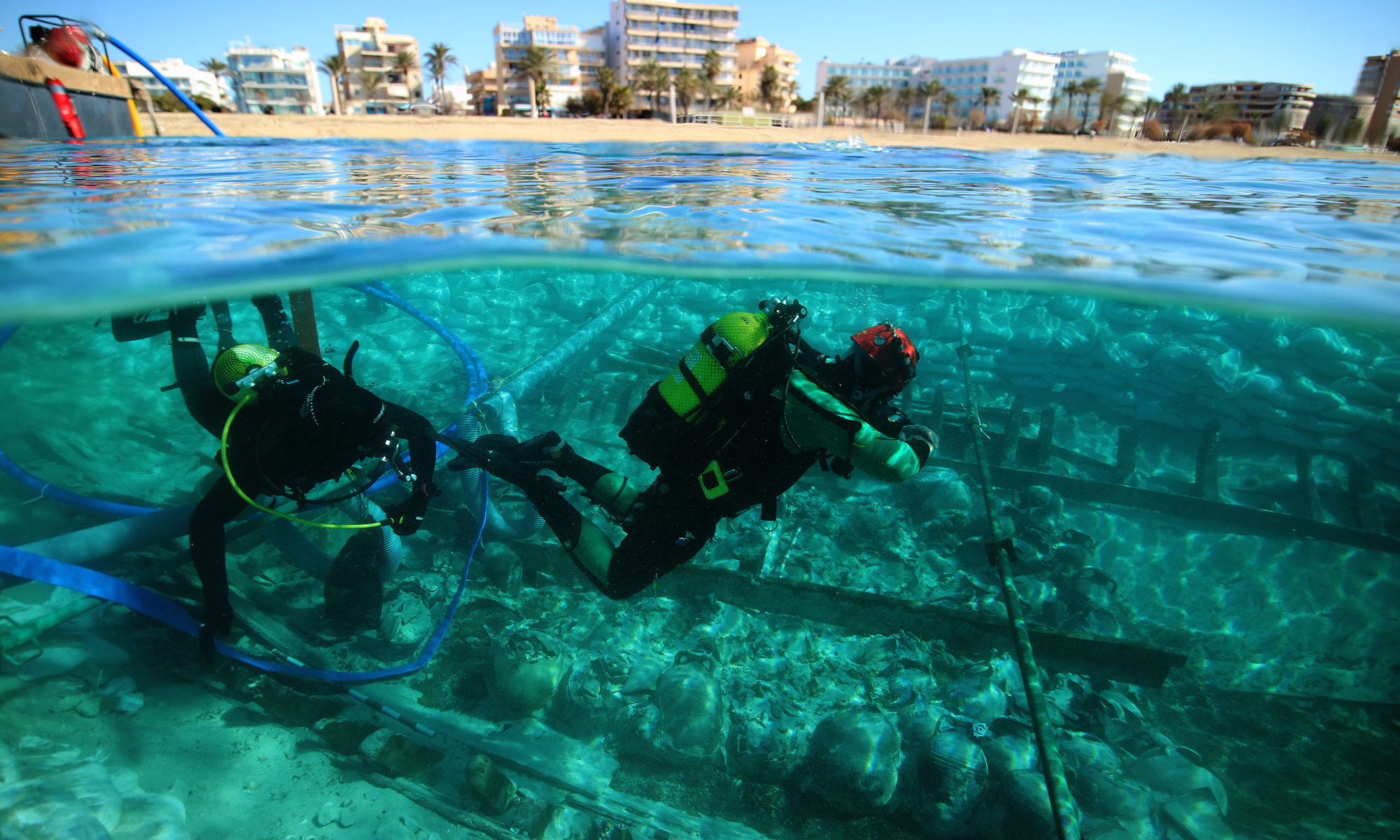 An archaeological salvage operation has recovered objects from a Roman merchant vessel that sank off the coast of Mallorca 1,700 years ago. The wreck is less than seven feet deep under the Bay of Palma 160 feet away from one the most popular tourist beaches on the island, but it was effectively covered by the sands and was not fully visible until a storm churned up the seabed three years ago. It has not been looted, thankfully, but it is very exposed and vulnerable to the elements and human bad actors, so the island government has now taken action to ensure the richly-laded vessel is fully explored and objects recovered before its long run of good luck ends.

A recovery operation overseen by the island’s governing body, the Consell de Mallorca, and involving experts from three Spanish universities in the Balearics, Barcelona and Cádiz, has retrieved about 300 amphorae as well as other objects that offer priceless insights into the Mediterranean of the fourth century AD and the crew’s daily lives.

In addition to the clay jars – which still bear their painted inscriptions or tituli picti – archaeologists have found a leather shoe, a rope shoe, a cooking pot, an oil lamp and only the fourth Roman carpenter’s drill recovered from the region. […]

“It’s important in terms of naval architecture because there are very few ancient boats that are as well preserved as this one,” says Dr Darío Bernal-Casasola, an archaeologist at the University of Cádiz. “There are no complete Roman boats in Spain.”

What’s more, he adds, the amphorae represent an improbable subaquatic archaeological hat-trick: “It’s incredibly difficult – almost impossible – to find whole amphorae that bear inscriptions, and also still have the remains of their contents. The state of conservation here is just amazing. And you have got all this in just 2 metres of water where millions of people have swum.”

By mineral analysis of the clay used to make the amphorae, archaeologists were able to pinpoint their origin: they were made in the Cartagena area. It attests to the pivotal role the Balearic islands played along the trade routes linking the Iberian mainland to Italy.

The project is scheduled to last three years, and it is singularly ambitious. Once all the objects on board, cargo and personal effects of the crew, are recovered, they will be catalogued and analyzed in detail. The team will then turn to the ship itself. There is a plan in the works to recover the entire hull so it can be stabilized and put on permanent display in a museum.