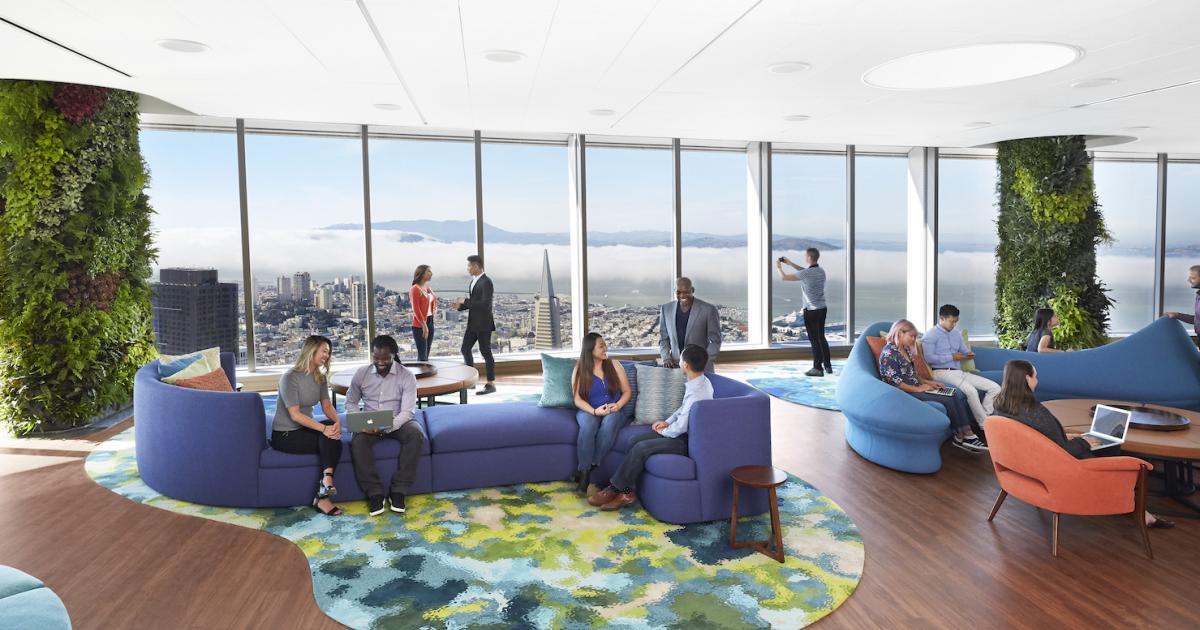 A growing number of companies — large and small — are acting to counter the effects of climate change, whether it’s setting carbon emissions reductions, procuring renewable energy, embracing circular design and production, conserving water or other measures that fall under the corporate “sustainability” label. Far fewer actually have embedded that ethos into their corporate core values — I’ve been peeking — but enterprise software company Salesforce is taking that step with the start of its new fiscal year Feb. 1.

This morning, the company disclosed it has officially added “sustainability” to its list of core values, bringing the total to five — along with trust, customer success, innovation and equality. The move was hinted at with the disclosure last week that Salesforce leaders at the executive vice president level or higher will have part of their variable compensation tied to certain ESG initiatives, including one that focuses on reducing air travel and increasing procurement with suppliers that have set carbon reduction goals, and another that underscores measures to increase the representation of Black, Latinx and Indigenous employees in the U.S., and female workers globally.

This is the second time Salesforce has made an addition to its core values: It added “equality” several years ago. As part of that cultural shift, the company made bold moves to address unexplained differences in pay across its workforce. Since 2015, it has routinely adjusted pay scales to enforce equality across genders and ethnicities. As of March 2021, it had paid $16 million to square things up. The “equality” core value has also driven Salesforce to speak out against what is considered to be discriminatory legislation. In the 2015 and 2016 timeframes, Founder and Chairman Marc Benioff famously spoke out against state legislation in Indiana and North Carolina that he believed threatened the rights of lesbian, gay, bisexual and transgender people.

In the press release announcing the new policy focused on sustainability, the company describes the move as “a natural extension of Salesforce’s decade-long climate action journey to build a more just, fair and sustainable future.” From a strategic standpoint, it’s a shift that will make sustainability a foundational consideration for any operational strategy or product development decision — these goals are set and managed under a process that Salesforce calls V2MOM, which stands for “Vision, Values, Methods, Obstacles and Measures.”

It’s a shift that will make sustainability a foundational consideration for any operational strategy or product development decision.

“This is a big, big deal … The way it goes down is every year, everyone in the company publishes their V2MOM for everyone in the company to see. What we have here with this news is at the corporate level, sustainability named as a value to the company, meaning everyone, when they are thinking about their goals for the year and how they’ll make decisions underneath those goals, and how to prioritize things, everyone is going to be looking at sustainability, climate impact, our role in addressing the climate emergency when they’re thinking about how they’re going to get their work done,” said Patrick Flynn, senior vice president and global head of sustainability, when I spoke with him about the news.

The importance of weaving climate action into the fabric of a company culture was a theme sounded by former Unilever CEO Paul Polman, chairman of the firm Imagine and author of a new book about net positive thinking, during this week’s GreenBiz 22 event. To implement behavior within a company, “you make that the norm” and you part ways with those not doing the right thing, Polman said during a breakout session. “You don’t buy the norm, you build the norm in the culture …. Culture is about two things, sometimes we only look at one thing. Culture is about values — you need to have the right values — but the culture is only created by behaving or living those values. This is where most companies go wrong.”

Sustainability professionals  are stewards of a company’s culture, Polman said.

For those that have followed Salesforce’s journey in sustainability, the move to name it as as core value should not be surprising. About a year ago, the company moved to set carbon emissions reductions expectations for its suppliers, building them into procurement contracts as they come up for renewal.

When I asked Flynn for an update on that initiative, he said more details of the results would be available after the company closes the books on its last fiscal year and publishes those updates in its 10K and stakeholder impact report. “It was really a call for collaboration, more than anything, and that’s how it was received,” he said. “We got so much more attention and outreach from suppliers who wanted to be the first known adopter of it, and how excited they were, and how much this validated what they had been saying internally about how customers want this sort of actions from their companies.”

Salesforce already has a business interest in making the outside world more familiar with the concept sustainability. It should not be lost on readers that two years ago, the software company turned the software it uses to manage information such as carbon emissions reductions into a product that it sells to other businesses, a service now called Net Zero Cloud.

Salesforce moved to update that product this week in conjunction with the core value announcement. The new features including a tool for helping companies set commitments aligned with science-based targets and a system for tracking Scope 3 emissions generated across a company’s supply chain, a challenge that more multinational organizations are being pushed to address more specifically.

“How do we bring what we do best in this moment where the world needs the best of what everybody’s got?” Flynn said. “For us, it’s technology, in the hands of our customers, helping them navigate successful into the future. Nothing is going to challenge that navigational prowess like climate change will, and like every company’s decarbonization will.”