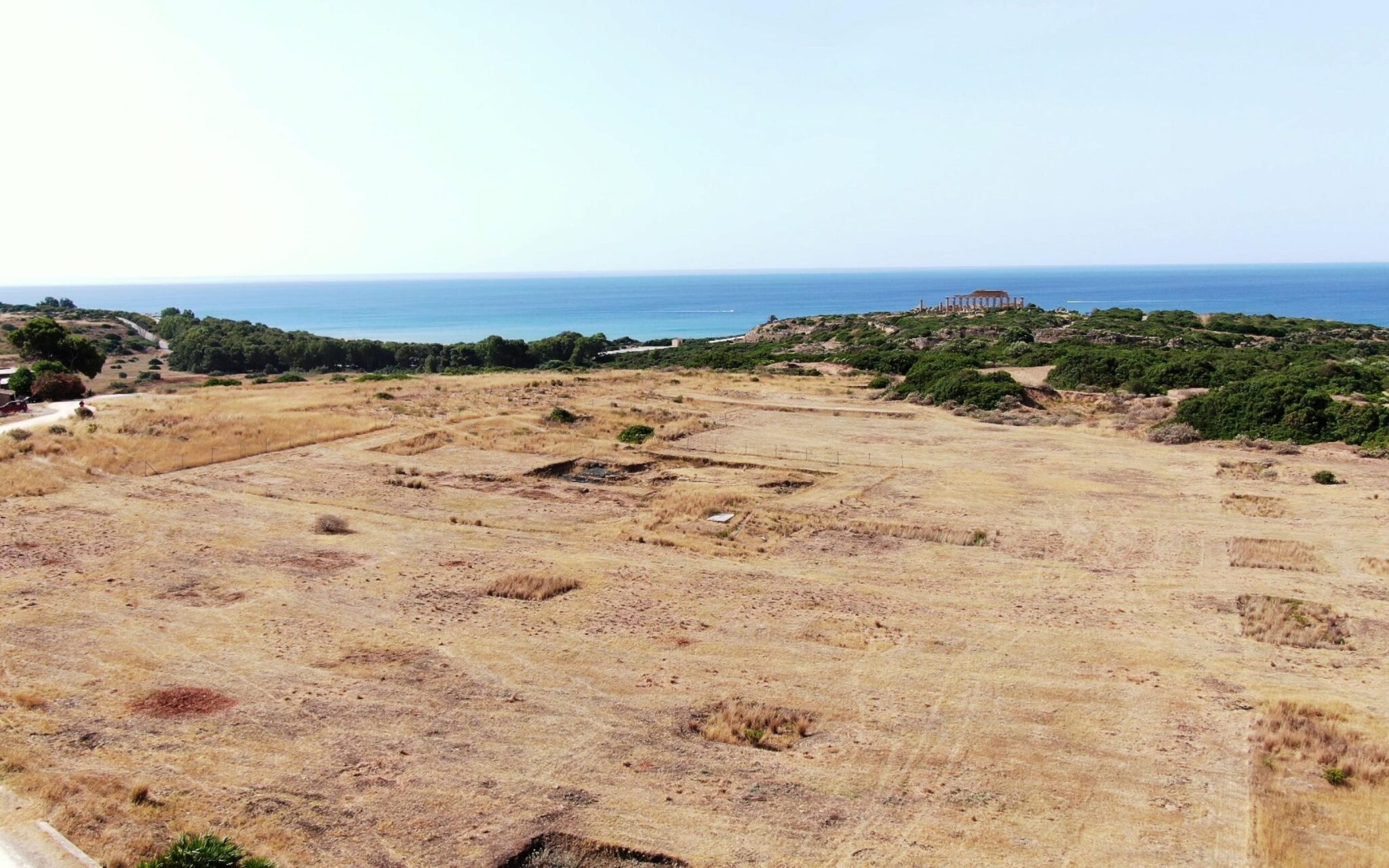 Archaeologists have unearthed fascinating new clues to the 6th century B.C. history of ancient Greco-Sicilian city of Selinunte in excavations of its agora and acropolis.

The agora, the city’s central square, was built on a plateau overlooking the ocean. More than eight acres in area, twice the size of Rome’s Piazza del Popola, the agora of Selinunte was the largest in the ancient world. Today it is a wide open space, recently cleared of invasive vegetation to deliver the unobstructed view of the agora surrounded by temples that the Selinunteans would have enjoyed. Excavations have previously revealed only archaeological feature under the agora: an empty tomb in the middle of the square, perhaps that of the founder.

This year’s dig in an area just south of the acropolis began in June with the aim of more precisely dating the newest of the acropolis temples, A and O, which were long believed to have been built at the same time. The dig found evidence that A actually predates O, and that O was never completed because construction was interrupted by a landslide.

The team leaped over their modest initial aims when they found an aquifer under the foundations of Temple A. The ancient infrastructure is evidence that the first colonists settled the site on the south side of what would become the acropolis. Under Temple R, which is older than A, dating to the 6th century B.C., archaeologists unearthed the walls of a ritual enclosure dating to 610 B.C., just a few decades after the founding of the city.

Inside Temple R the team also discovered a large fragment of a stone mold used to cast what looks like a bronze scepter. Once it was cast, the two halves of the matrix were deposited in different locations. The first half was found a nearby ten years ago. Two other objects of note were found in Temple R: an Egyptian blue figurine of the sky god Horus dating to the late 7th century B.C. and a siren figurine carved in ivory. The quality of the carving is very high comparable to the votives found at one of the ancient world’s most powerful religious centers, the Oracle of Apollo in Delphi. Archaeologists thus believe the siren was likely imported from Greece.

Founded in 628 B.C. by colonists from the Greek city of Megara Hyblaea on the southeastern coast of Sicily, Selinunte reached its peak of population, wealth and power in the 5th century B.C. The monumental area of Selinunte was largely built at that time. Today it comprises more than 270 acres of temples and other civic structures. The wider archaeological park, which includes important sites outside of the ancient city center, is the largest archaeological park in Europe at 667 acres.