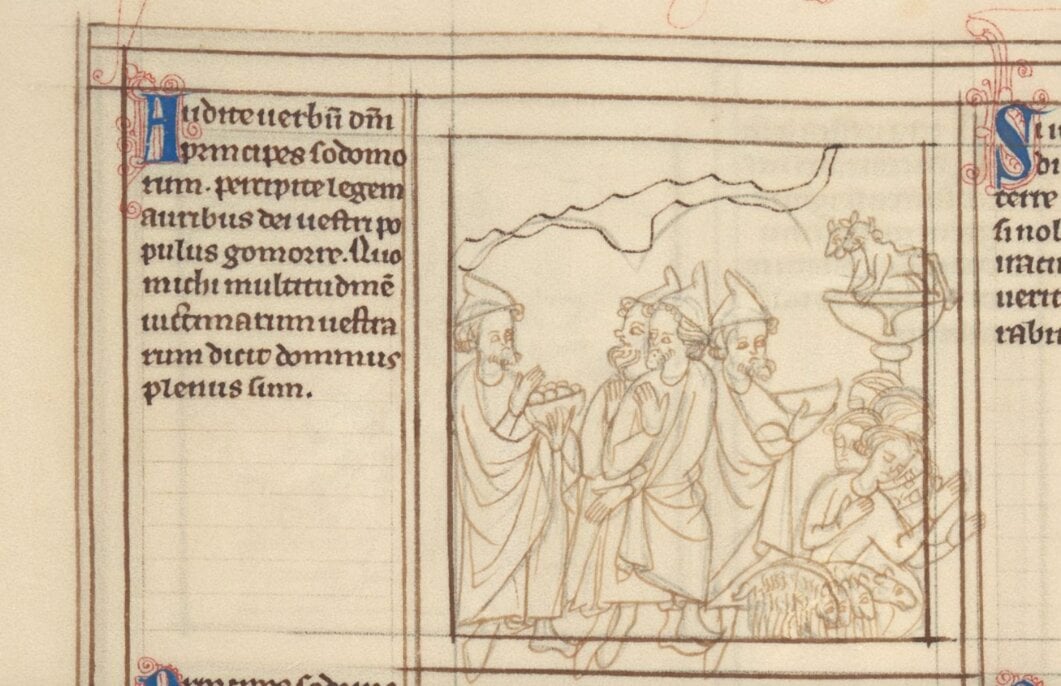 Given at Calvin University on February 17, 2022

Abstract: Andrew of Saint Victor’s commentary on Isaiah caused a scandal almost as soon as it was written, around 1150. Unlike most of his contemporaries, Andrew often spurned the Christian meaning of the text, in favor of interpretation he found in contemporary Jewish commentators. In this text, we can see him grapple with faith traditions other than his own, and come to sometimes surprisingly new insights, in dialogue with the rabbis of the Jewish community in Paris. In Andrew’s commentaries, we hear a voice that stands in stark contrast to our common image of the medieval world as dominated by Crusades and religious persecution.

Frans van Liere is professor of history and director of the Classical and Medieval Studies program at Calvin University. He teaches world history, medieval history, and history of the book. He grew up in the Netherlands and studied theology and medieval studies at the University of Groningen. His research interests are medieval biblical exegesis, twelfth-century intellectual history, and the late medieval papacy. Click here to view his university webpage.