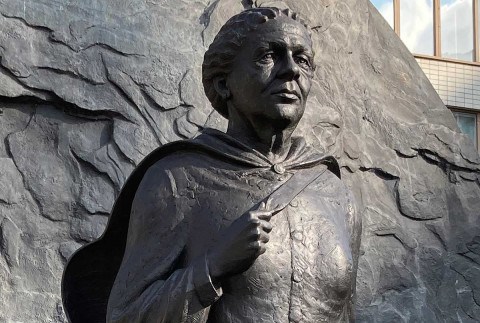 Helen Rappaport’s In Search of Mary Seacole is a major new study of its Jamaican-born subject, voted top of the list in a 2004 poll of ‘100 Great Black Britons’ and previously the subject of various hagiographies. Rappaport’s work is thoroughly documented. She has discovered a significant amount of new material, such as the record of Seacole’s Catholic baptism as an adult in Jamaica in 1848, plus frequent references to her in contemporary newspapers, confirming the extent of Seacole’s celebrity in Britain in the years after the Crimean War.

Various myths are demolished. The short-lived Mr Seacole could not have been, as some have speculated, an illegitimate child of Horatio Nelson. Rappaport also offers a perceptive discussion of the much-debated question as to whether Seacole can, or should, be described as a nurse. Nursing was not a trained or organised profession at the time and academic medicine was far from achieving modern standards of efficacy. Seacole’s use of traditional remedies she had learnt in Jamaica, combined with an emphasis on good food, caring attention and occasionally leaving nature to take its course probably did more good and less harm in Panama and the Crimea than the efforts of professionally trained doctors. Perhaps most importantly, Rappaport stresses that describing Seacole as the ‘Black Florence Nightingale’ or pitting the two against each other as rivals in a zero-sum game does both a disservice.

Rappaport’s discoveries include two particular surprises. After the Crimean War and her return to England, Seacole went back to Jamaica and Central America. She was in Jamaica in 1865 at the time of the Morant Bay Rebellion, a popular protest against widespread poverty which was brutally suppressed by the colonial governor, Edward Eyre, attracting considerable attention in Britain. Newspaper reports show that she publicly supported Eyre after her return to England at the end of 1865 and denounced as a ‘hypocrite’ and a ‘villain’ George William Gordon, the Jamaican politician who had allegedly encouraged the rebellion and who was hanged on Eyre’s orders. Gordon is now officially a National Hero in Jamaica, Eyre an example of the worst excesses of colonialism.

Startling though this may be, it ties in with the vexed question of how Seacole viewed her own identity. Would she have considered herself to be either ‘Black’ or ‘British’? Her memoir, Wonderful Adventures of Mrs Seacole in Many Lands (1857) shows she was a strong supporter of the British Empire, but when she writes about ‘my country’ it is clear that she means Jamaica. She calls herself a ‘Creole’ and a ‘yellow woman’, emphasises her ‘good Scotch blood’, and makes disparaging remarks about people darker than herself and various ethnic groups. Yet Seacole denounced the racism of white Americans, claiming she had no desire to be ‘bleached white’, even if such a thing were possible.

Rappaport draws attention to recently discovered manuscript letters by Seacole, as well as her letters to the press, which demonstrate a high standard of literacy, and argues convincingly that the still unidentified editor was not a ghostwriter. In Search of Mary Seacole presents its subject as a woman and writer who overcame much and who resists the too easy categorisations of both her own time and ours.

John T. Gilmore is Associate Professor of English and Comparative Literary Studies at the University of Warwick.