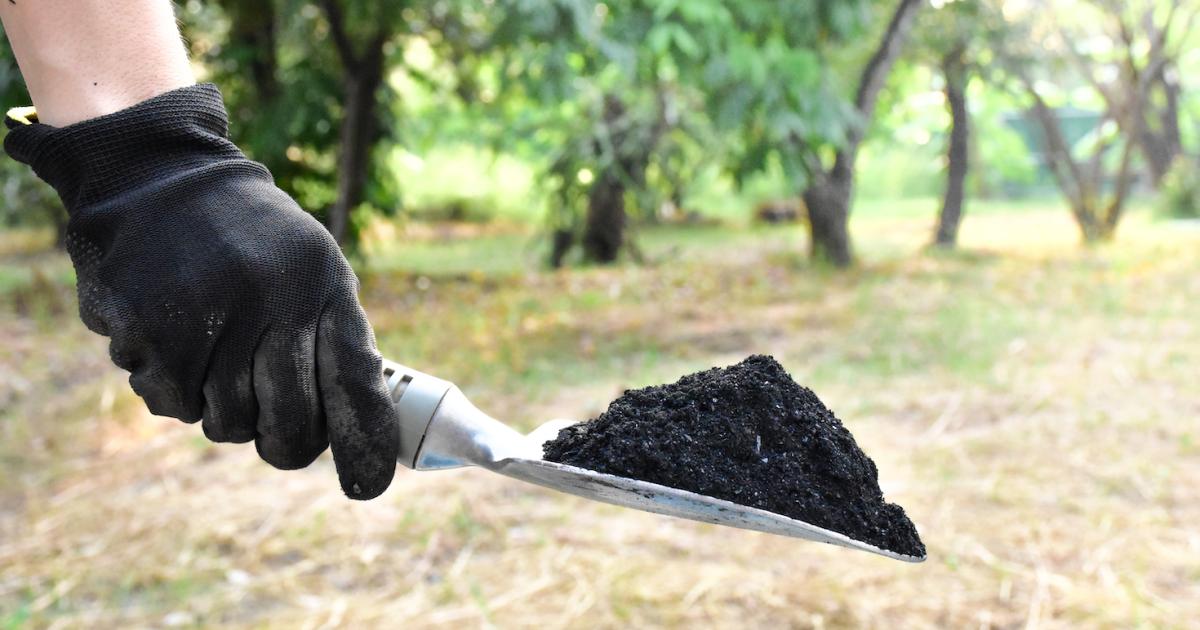 One of the most promising carbon reduction technologies building momentum has actually been around for decades. Biochar is a high-carbon charcoal created by heating organic matter, such as scraps from lumber or forest debris. In the absence of oxygen, the process called pyrolysis sequesters carbon into a solid form instead of letting it bind to oxygen and escape into the atmosphere.

Biochar has been used as a farm input to increase crop yields long before it was considered a carbon reduction tool. Biochar not only increases the quality of soils, but it is also used to improve the efficiency and nutrition of feed for horses, cattle, sheep and pigs, which in turn improves the protein and fat content of the meat cuts from the animals who eat it.

Now, a new generation of startups is focusing on the carbon sequestration potential of biochar. They are focused not just on the agricultural product but also selling the reductions in greenhouse gas emissions created from its production as credits to climate-conscientious corporations including Microsoft, Shopify and Stripe.

Here are seven biochar organizations you should know:

Based in California, Pacific Biochar turns retired biomass power plants into biochar production facilities. It collects organic material from forests with high fire potential, which reduces wildfire risk, then distributes the biochar it creates to agricultural suppliers and compost yards. The company is selling 1,500 metric tons of CO2 in credits to Microsoft this year that will be third-party audited and certified by the European Biochar Certification.

This quirkily-named Australian company is best known for its Echo2 technology — an industrial process that creates synthetic gas from biomass that can provide renewable heat and energy while also creating biochar to sequester carbon. The company engages circular flows to make biochar, using low-value organic leftovers including grass clippings, trimmed branches and other forestry residues, wood waste from construction and crop leftovers such as cereal straws left over from harvested grains. It then sells the biochar as fertilizer and animal feed along with the energy created during the process. Rainbow Bee Eater has sold credits to Shopify and Microsoft and has a pilot facility in operation near Melbourne.

In 2017, Carbofex’s demo plant in Finland came online, producing up to 140 kilograms of biochar per hour from 500 kilograms of spruce wood chips. Now, the facility can produce 700 tons of biochar and 600 tons of high-quality pyrolysis oil (also known as bio-oil) per year. The company has captured 9,800,000 kilograms of CO2 since 2017, according to its website. Carbofex was a Top 60 finalist for the Carbon XPRIZE’s $100 million carbon removal competition which started in April 2021. Shopify and Microsoft have each made purchases from Carbofex for their sustainability initiatives.

In 2021, Carbo Culture raised $6.2 million in seed funding led by True Ventures. Its goal is to remove 1 billion tons of CO2 from the atmosphere each year. Its patented “carbolysis” process, a riff on the common pyrolysis process that uses pressure along with heat to turn the organic material back into biochar. Last year, the startup announced that South Pole, a climate consultancy, has pre-purchased its carbon removal credits.

German-based Carbon Cycle (German) is straddling two areas: the traditional biochar farm inputs sector and the new carbon credits-based market. The company produces high-quality biochar from woodchips which it sells to farming sectors across Europe. Its website touts how its biochar has improved soil quality and the rearing of animals. The company is stepping its toe into the wild west of offsets, listing credits on the Puro.earth marketplace and selling 400 metric tons to Microsoft.

Ecoera has been in operation since 2009 as Sweden’s first large-scale biochar producer. The company also creates synthetic gas for heating. Ecoera is part of the Carbon Valley pilot program, a project to create a climate-positive agricultural system. The company uses agricultural residues to create a carbon-rich pellet that is then heated to create the biochar. Shopify has bought credits from the company, hoping the investment will remove bottlenecks in the biochar supply chain.

On the nonprofit side, this research team from Iowa State University was one of Carbon XPRIZE’s $1 million award recipients this year. The team developed a small lab-scale pyrolyzer, a machine that performers the pyrolysis reaction,  that sequesters carbon dioxide through biochar and produces bio-oil. The Institute also has a larger machine for biochar production at the BioCentury Research Farm outside Ames, Iowa.

[Want to learn more about entrepreneurs with innovative technologies, products and services across the climate tech landscape? Check out the VERGE 22 Startup Program, taking place in San Jose, CA, Oct. 25-27.]