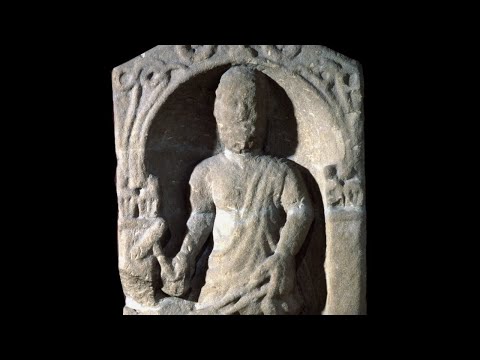 The latest online talk from the Yorkshire Museum’s Ryedale Hoard series is so good I was rapt the whole time. (Actual footage.) →

Entitled Metals, Making and Magic: The Smith in Roman Britain, the talk was delivered by Dr. Owen Humphreys of the Museum of London Archaeology, an expert in Roman ironwork. He opens with a bang by summarizing the enormous differences in metalworking production between Iron Age Britain (even after contact with the Empire was well-established) and Roman Britain. Despite the name of the era, very few iron nails have been found at Iron Age British sites, whereas Roman archaeological sites even from the earliest years of the conquest is full of metal.

The title of this post is a reference to one salient example: The Roman legionary fortress of Inchtuthil in Scotland was built in 82/3 A.D. to garrison troops for Roman governor Gnaeus Julius Agricola’s invasion of Scotland. He was recalled by Emperor Domitian in 85 A.D. and the fort was abandoned less than two years later. The buildings were dismantled and all of the iron nails removed and buried in a large pit. When archaeologists excavated the site in the early 1950s, they found seven tons of iron nails in that pit. Seven tons of nails. More than 875,000 of them. (Plus another three tons of assorted iron objects.) Granted, Inchtuthil was a big fort with barracks, a hospital building, a workshop and other buildings, but it’s startling example of the scale of Roman metalwork only 40 years after the conquest.

Humphreys then delves into the craft itself — its cultural depictions, tools, differences between Roman smithing and local techniques. If you watch nothing else, watch the Humprhrey’s explanation of the lost wax method of casting bronze starting 40 minutes in. He uses the bust of Marcus Aurelius from the Ryedale Hoard as a model to illustrate how the process worked. It’s probably the clearest brief explanation of the technique I’ve ever seen. Also extra points for listing Pliny’s recipes for bronze, different depending on what was being made with it.