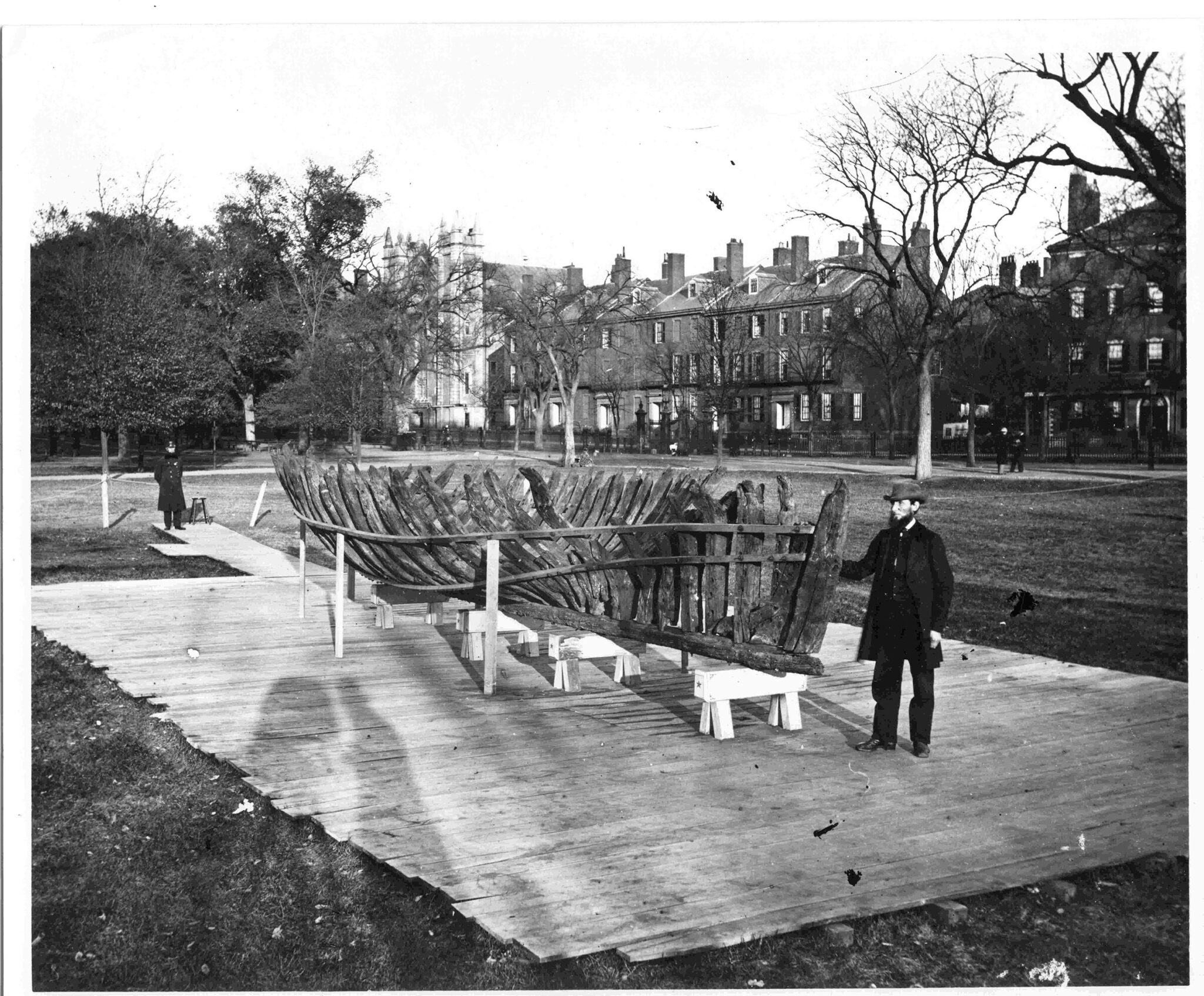 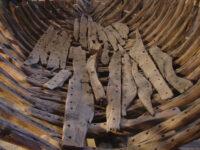 A new analysis of timbers from a shipwreck believed to have sunk off the Cape Cod in 1626 has found it was built in England in the late 16th, early 17th century. This is the first scientific dating of the ship known as the Sparrow-Hawk, and the results confirm that it is the oldest known shipwreck from English Colonial America, and the only known surviving example of a 17th century trans-Atlantic vessel.

The small 40-foot ship was transporting 25 passengers, English settlers and Irish indentured servants and farmers, to Virginia when it ran aground on a sand bar near the modern-day town of Orleans on eastern Cape Cod. Massachusetts Bay colony governor William Bradford wrote about the wreck in his journal (paragraphs 262-266), recording the hardships they had experienced in the journey. The captain got scurvy and was so sick he could only vaguely direct the ship from the threshold of his cabin, so they got lost and spent six weeks at sea. By the time they hit that sandbar, they were out of water, beer and wood and had to be rescued, first by English-speaking members of the Nauset  tribe and then by the Plymouth colonists.

Bradford reports that they tried to repair the ship which despite having been blown about in the storm was still deemed recoverable, but once they had salvaged all the cargo they could, they realized the ship could never be made seaworthy again. They were given some land in Plymouth Plantation to farm for nine months, and had a decent enough corn harvest to pay for transport on two ships headed to Virginia in the summer of 1627. 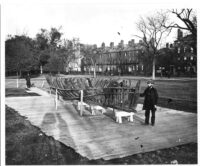 The broken ship was soon buried under the sand. The timbers would be spotted on occasion, but a big storm in 1862 fully exposed the remains of the ship’s hull. It was at this time that the ship, its real name unknown, was given the moniker Sparrow-Hawk. The timbers were removed and reconstructed for exhibition. It was put on display in conditions that would give any modern conservator a series of heart attacks, including en plein air on Boston Common. In 1889, it was given to the Pilgrim Society and at least moved indoors to the Pilgrim Hall Museum.

The 109 timbers are too fragile for display now, but they are remain in the

stores of the Pilgrim Hall Museum. In 2018, researchers took samples and photographs of the timbers for dendrochronological analysis. Tree ring patterns matched those from southern England in the 17th century. Also typical of the English shipbuilding tradition is the use of elm for the keel. Radiocarbon wiggle-match dating, a form of C-14 analysis that can be used to date more recent organic remains, found that the wood used to make the ship was felled between 1556 and 1646.

The dating and provenance identification process has been a long, complicated but hugely worthwhile exercise. Even if it cannot confirm the identity of the vessel, the wiggle-matching suggests that it is unlikely that this vessel is later than the mid-seventeenth century. Traffic along this coast increased, from 1620 onward, but was still relatively light in comparison to European coasts, with proportionately fewer losses. The number of possibilities for the identity of this wreck has been substantially narrowed, since we can be reasonably sure it is not a ship from the eighteenth or nineteenth centuries. It is even less likely that one of the few other ships wrecked on Cape Cod before 1650 might be in the same spot as Bradford reported in 1626. There is nothing in the construction of the remains that would be out of place in a vessel of this date. The assembly of the backbone elements and the framing method can be seen in the remains of other smaller vessels from the seventeenth 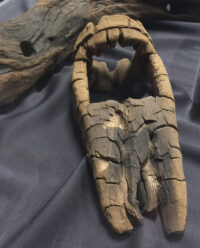 century from Northern European sites. An upper pump box (the moving piston in a type of pump commonly used on ships in the early modern period) found in the wreck survives, and this is identical in its form and features with the pump boxes found on the Swedish warship Vasa, which sank in 1628…. By narrowing the likely date range, and combining it with the geographical and construction data, the statistical probability that this is a wreck other than the 1626 vessel has been significantly reduced.

The study has been published in the Journal of Archaeological Science: Reports and can be read in its entirety here.